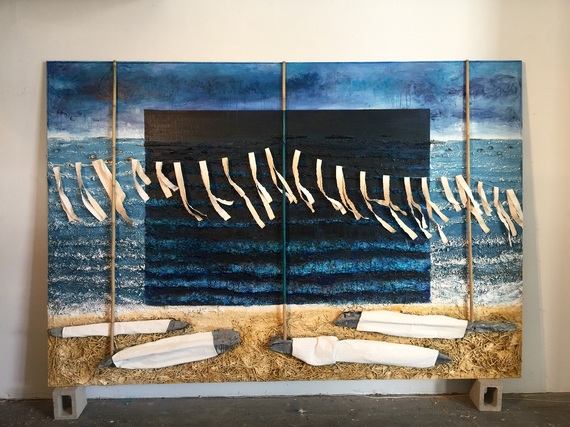 Painter, sculptor, mixed media and installation artist Robert Reynolds has been a pillar of the contemporary art world in downtown Los Angeles for decades. His conceptual, thematic, stylistic, and allegorical throughlines channel the influences of artists as diverse as Chris Burden, Lee Bontecou, Terry Gilliam, and Anselm Kiefer both in materiality and in a hybrid sensibility in which craftsmanship, humor, illusion, and political commentary work together to create pictorial and dimensional works of enduring charm, grace, and mystery.

Since his acclaimed exhibition at downtown's Bert Green Fine Art in 2008, and the subsequent public presentations of his work in international venues from the Pergamon Museum in Berlin in 2009 to the CEBIKO World Ceramic Biennale in South Korea in 2011, Reynolds has rededicated his practice to the vibrant LA art world, opening an expansive ground-floor studio in the landmark Continental Building, where he works and presents exhibitions in kind of a performative gallery residency at which all are welcome. 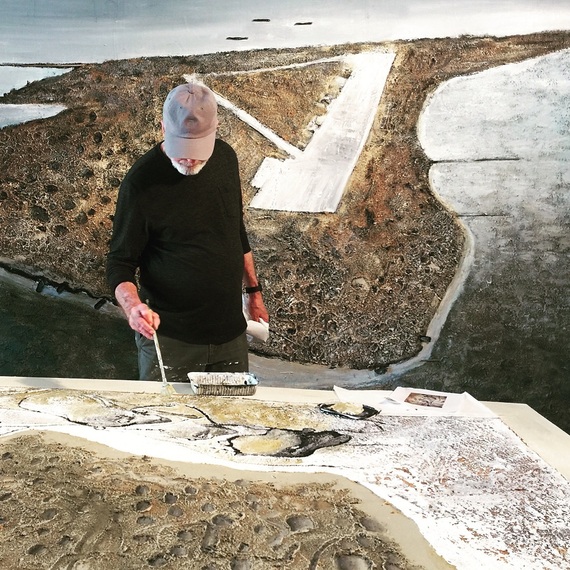 Currently, Reynolds is deeply engaged with an ongoing series of large-scale mixed media paintings he's called the Island Stories, a suite of works depicting real locations -- the smaller islands captured in the Pacific during WWII. There is Iwo Jima, of course. There is Tarawa Island, where the US military's central Pacific campaign began, and 6,500 soldiers died. Its use of black and white lends it a cartographic quality, as well as a kind of gestural surface distress whose wartime scars Reynolds links to the look and feel of cave paintings, and the primitive marks that men make upon the earth. There is an island in the Sea of Azov, which sometimes dries up. There is tiny Taro Island, which sometimes vanishes. 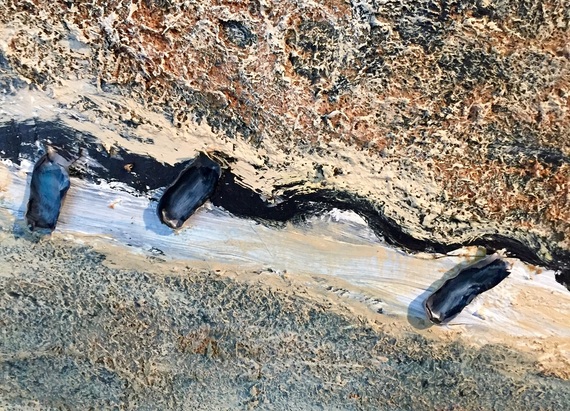 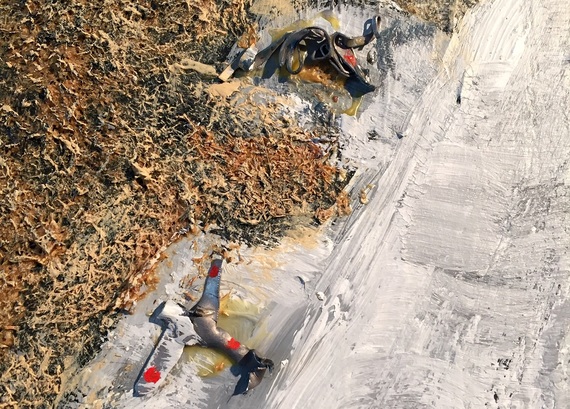 Working from a combination of aerial photography and remembered historical lore, Reynolds uses various means to not only portray but also evoke the atmosphere and topography of these remote, war-ravaged islands. Regularly using sawdust, straw and wood glue to replicate sand and driftwood, and in one particularly witty move, scraps of canvas sail blowing gently in the wind, Reynolds also incorporates and transforms non-traditional materials to depict the wreckage of airplanes, boats and the like, using tiny, twisted, truncated, painted metal affixed to the landscape. In the painting titled Tadamichi's Dream -- named for famously ambitious and formidable WWII General Tadamichi Kuribayashi -- symbolic grains of rice are embedded in crystalline indigo resin to depict the sway and scale of the deep, rich, devouring sea, as well as create its roiling texture. In this way, his material choices directly reinforce his narrative and symbolic intentions, as well as sustaining the illusionistic metonymy of his compositions, in which materials play themselves in the stories. 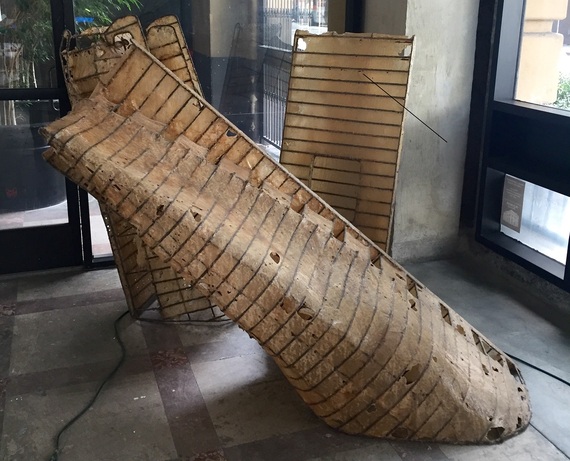 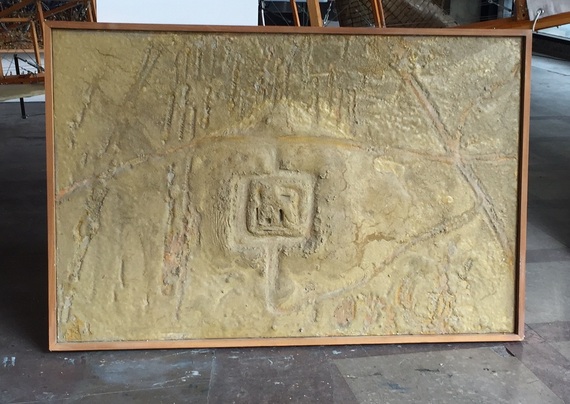 Related works such as his "sand-paintings" of the footprint left by the ruins of the Tower of Babel (as seen from 2,000 feet up in a real aerial image from space) and his imagined depiction of the ruined tomb of Queen Puabi in the ancient Sumerian city of Ur, he makes a kind of sawdust-paint compound to work with, so that the very act of making the image also generates a dimensional model of tactile realism. Similarly, the eccentric and lyrical Sinking Ship sculptures from 2002 now seem plucked from the Island Stories canvases -- compressing time as ten years later the new paintings seem to finish the sculptures' story, offering a fresh context for what had previously been a more whimsical exploration of folklore, ancient mythology, the fantasies of early industrialism, and the tragic follies of militaristic empires. 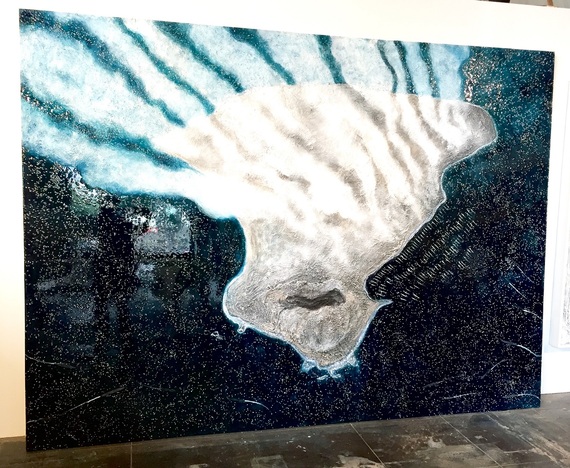