According to Robert Scoble, if you want to read the future, look no further than the startup community. As the Chief Startup Liaison for Rackspace, the Open Cloud Computing Company, Scoble travels the world looking for what's happening on the bleeding edge of technology for Rackspace's startup program. In his role, he studies the future by interviewing thousands of executives and technology innovators and reports what he learns in books. 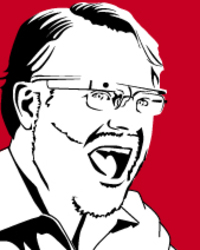 Scoble's most recent book, "Age of Context," coauthored with Forbes author Shel Israel, talks about the five technology trends which will profoundly reshape our lives and our businesses over the next decade. Companies must prepare themselves for the Age of Context as the fusion of wearable computing, big data and computation, sensor data, social networking and location data will form today's new kind of contextual operating system. 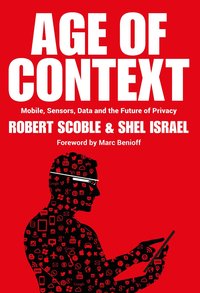 So what does the future hold and how can you be sure that your company is well-positioned to be a leader in your industry? Here, Scoble shares his futuristic outlook and advice to startups.

1. Mobile phone sensor technology will get better - Brought about by the iPhone, the Age of Context signals a huge shift in the kind of computing we can do. Now that we are carrying our computer, a device that has sensors to know where you are and who you are with - the opportunities to create experiences using context are endless and companies are just starting to scratch the surface. According to Scoble, context in 2014 is all about looking at mobile apps and the sensors for mobile phones and all the technology is getting better. He points to Moves, a mobile app that Facebook just bought, which through sensors on the phone is able to know if you are running, walking, biking or driving. And speaking of driving, there is the mobile app Waze which could never have existed 10 years ago. Requiring you to have a computing device in hand while driving, Waze is a perfect example of how our world has changed in a decade. And speaking of a decade, Scoble lets us in on the fact that most of the sensor technology he is looking at now will not be product ready for about another decade, because the technology must first evolve to become smaller, faster and cheaper.

2. The 20 second rule and peer influence - No, Scoble is not referring to how long food can hit the ground and still be relatively safe to consume (that would be five seconds), he's talking about how long a company has to get his attention when pitching their product. Getting noticed when there are a lot of companies doing the same thing is no easy task. Even Scoble, who will, "talk to anybody", admits that although he will read all of his emails, he will only respond to 5%. The companies that get his attention have been referred by a friend or are known for being particularly good at something. He says that a great example is Google, who when they came on the scene were competing with 17 other search engines with Alta Vista in the lead. In 20 seconds, he saw their value when he tried his favorite search and it pulled in fast, porn-free results. This led to an hour-long discussion about page rank and how they make it happen. "You have to have something so much better than all other players, and I have to be able to get it in 20 seconds. Because people are so resistant to change, if you can demonstrate your value in 20 seconds you have a shot," says Scoble.

3. Wearable technologies need to have enough utility - While Google Glass provides the potential of capturing analytics through glass and being able to stream glass-to-glass, Scoble feels that at present Glass does not have enough utility. I have written about 14 case studies of Google Glass in the college and university environments based on my collaboration with some super innovative CIOs. The idea of using Glass to capture data in terms of where people are looking, so to inform companies on the best placement for ad signage, does not cut it for Scoble. However, he feels that if Glass had utility (and provided the price came down) there is a lot of potential. "Imagine walking into a football stadium and seeing all the stats of the players on the field as you walk to your seat. By seeing how fast he is going and how fast the other guy is going, fans will be able to use data to know what will happen before it actually happens," he says. In the classroom, Glass could be used to better engage students by allowing students to text questions to Google Glass with the teacher having the ability to see a profile of the student asking the question.

On his blog, Scoble says that we will know 100 times more about our customers than we do today and he emphasizes the importance of data and analytical skills. He says, "If you are a big data scientist now and know how to build machine learning systems you have multiple job opportunities on the table at all times because that is how you add features to your products."

4. Beacons will improve work-life quality - The world of work will continue to be improved by the Age of Context. The new Tempo calendar app came out of the SRI International lab - the same lab that gave birth to the Internet and the iPhone's Siri. Tempo looks inside email for context to automatically add to and update calendar events with details such as meeting address and conference dial-in numbers, demonstrating how an existing product gets better because of the contextual things happening.

As businesses put beacons in conference rooms and lobbies, rooms will know you are there and be able to do stuff for you to make your life easier. Beacons give hope to life outside the office too. Sports venues and stadium are putting beacons throughout their facilities so that when fans walk in with their phone, the beacon knows where they are standing which opens the door to paperless tickets and all other things imaginable to improve the fan experience. According to Scoble, "Almost all of the audiences I speak to are not aware that the iPhone has a beacon in it - the Bluetooth smart beacon."

5. Privacy will change in the "all-in" revolution -With all of this contextual intelligence that will be available, privacy will change in the future. As we shift to this Age of Context, we are going to have to give it a lot of data to make it work well. Because everyone has a different idea of what they mean by privacy, Scobel gives this advice to companies:

You can watch the full interview with Robert Scoble here. Please join me and Michael Krigsman every Friday at 3PM EST as we host CXOTalk - connecting with thought leaders and innovative executives who are pushing the boundaries within their companies and their fields.