WASHINGTON -- Brace yourself, D.C.: Embattled chef Roberto Donna, the James Beard Award-winning toque who left the nation's capital for suburban Phoenix following the shuttering of his most recent project, Galileo III, is back in D.C. to head the kitchen of new Italian eatery La Forchetta in Wesley Heights.

Those familiar with Donna may recall the chef's legal troubles, which culminated in his guilty plea to felony embezzlement charges for withholding more than $150,000 in meal taxes, plus penalties and interest, at his now-closed eatery Bebo in Virginia's Arlington County.

Representatives for La Forchetta stress that Donna's restaurant role will be limited to the kitchen and have nothing to do with the business operations. That he'll leave to owner Hakan Ilhan, a Turkish-born local restaurateur behind several Pizza Autentica stores in the area.

Donna will run the kitchen and has designed the menu, which features plenty of the chef's famous homemade pastas and risottos, sausages, small plates, pizzas, calzones, soups and salads.

The 3,150-square-foot space will accommodate up to 116 seated guests in the main dining room, plus 12 at the bar, 12 around the pizza oven and eight in the open kitchen.

Click through the slideshow below for a preview of the space's interior. 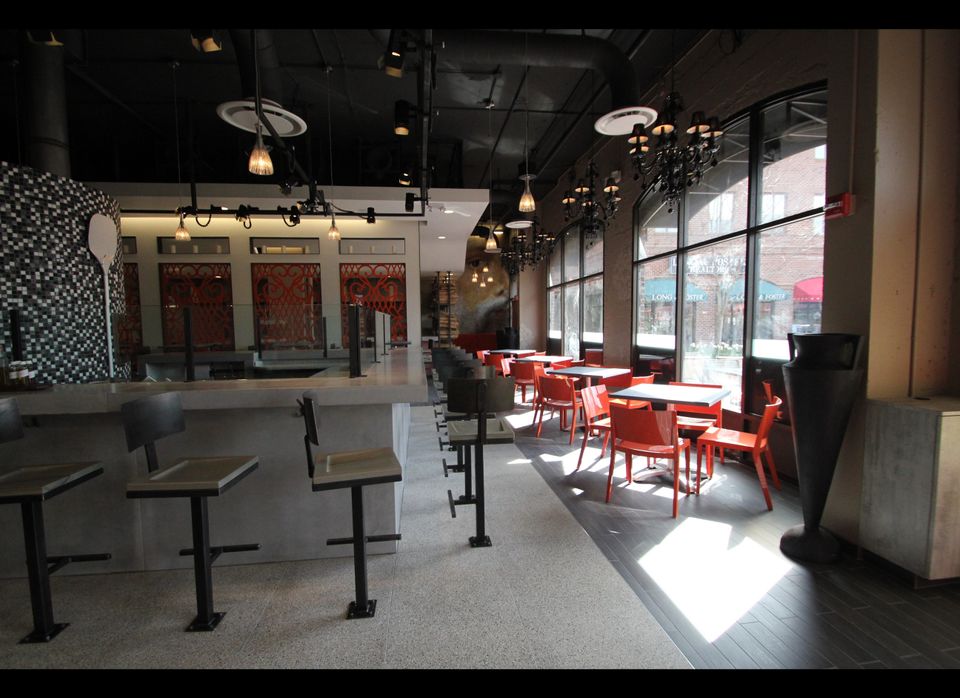