Police in Nebraska are searching for a missing 5-year-old boy after they said his brother confessed to throwing him in a river after killing their mother.

Roberto Martinez-Marinero, 25, turned himself in to Omaha police on Thursday night, a day after the body of his mother, 45-year-old Jesus Ismenia Marinero, was found in a ditch. Investigators said he confessed to killing his mother, and to putting his 11-month-old brother in a nearby dumpster. The baby was recovered unharmed and reunited with family members.

The suspect's 5-year-old brother, Josue Ramirez-Marinero, is still missing. Police said Martinez-Marinero admitted throwing the boy into the Elkhorn River. The Omaha Police Department is conducting a ground, air and water search along the river, with help from the FBI and other law enforcement agencies, according to Omaha.com. 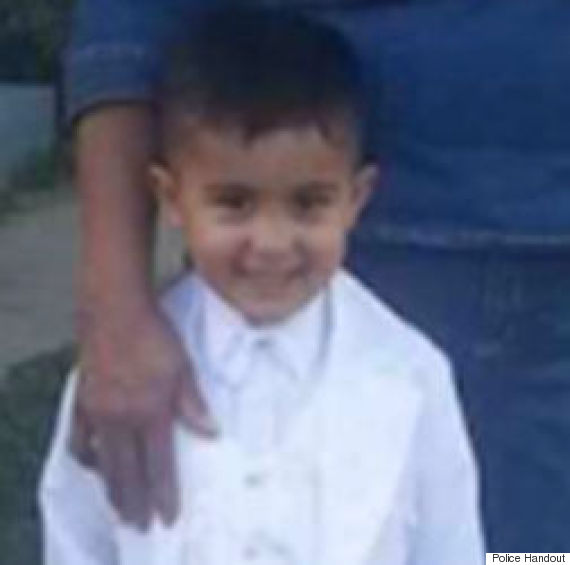 Josue has short, black hair. He was last seen wearing a gray shirt and gray sweatpants at his day care in the area of 10th and Martha Streets in Omaha, police said.

Martinez-Marinero is charged with first-degree murder and use of a deadly weapon to commit a felony. Police have also arrested his girlfriend, 24-year-old Gabriela Guevara, and charged her as an accessory to the homicide, KETV reports.

Martinez-Marinero's father, Jose Ramirez, was released from police custody Friday after being questioned. He is not considered a suspect.

Roberto Martinez-Marinero Admits Killing Mother, Throwing Brothers In River And Dumpster: Police
Missing Children
1 / 21
RAjena Linson
RAjena Linson left her Detroit, Michigan home on the evening of Oct. 4, 2014, after getting into an argument with her mother. She has not been seen since that time.&nbsp;<br><br>Click here to submit information to the&nbsp;<a href="http://www.blackandmissinginc.com/cdad/Tip.cfm?misID=1955" target="_blank">Tip Line</a>.
http://wwwblackandmissinginccom