Robin De Jesús has Olympic dreams, at least when it comes to harboring crushes.

“I’ve always had a thing for [U.S. speed skater] Apolo Anton Ohno,” the two-time Tony Award nominee (“In The Heights,” “La Cage aux Folles”) quips. “I have a thing for legs … guys with good quads, calves. Anyone who’s in a constant plié or squat is good by me.”

Infatuation is just one of the many aspects of love De Jesús will explore onstage in “Crush to Crushed,” his new musical act which premieres Nov. 24 at New York’s 54 Below. Still, audiences expecting an evening of Broadway standards with valentine lyrics might be in for a surprise; De Jesús also promises pop, soul and Spanish tunes that not only emphasize romance, but also “the random things that happen afterward.”

Once he began compiling material for the show, the 29-year-old actor took to Facebook, where he asked friends and followers for both their favorite love and breakup songs. Though he soon found that somber ballads about heartbreak comprised the majority of the responses, De Jesús nonetheless hopes “Crush to Crushed” shows “the positive side” of ending relationships, with a solid dose of comedy.

“I think relationships are so amazing, so beautiful and so great to be in … but so are breakups,” De Jesús says. “It’s not just about falling in and out of love, it’s…about the first time your significant other meets your family and your friends, sex and marriage equality. I feel like I’m trying to do the work of both Oprah and Gayle [King].”

De Jesús won't disclose many of the show’s specifics, though he crooned “I Can Do Better Than That” from Jason Robert Brown’s 2002 musical “The Last Five Years” and a song by up-and-coming composer Blake Pfeil at a press preview of the show in late October. Although a planned mashup of a Patti LuPone standard with a Jay-Z hit (inspired by the actor’s recently-wrapped run in Ben Rimalower’s “Patti Issues”) didn’t make the cut, De Jesús hopes to apply a similarly tongue-in-cheek approach to other musical theater chestnuts throughout “Crush to Crushed.”

“I really want to do a sex medley based on [Rodgers and Hammerstein’s] ‘Carousel,’” De Jesús, who can currently be seen alongside Jeff Goldbum and Laurie Metcalf in Bruce Norris’s “Domesticated” at Lincoln Center, says. “If you listen to the lyrics of ‘Carousel’ and take them out of context, they can be very sexual.” 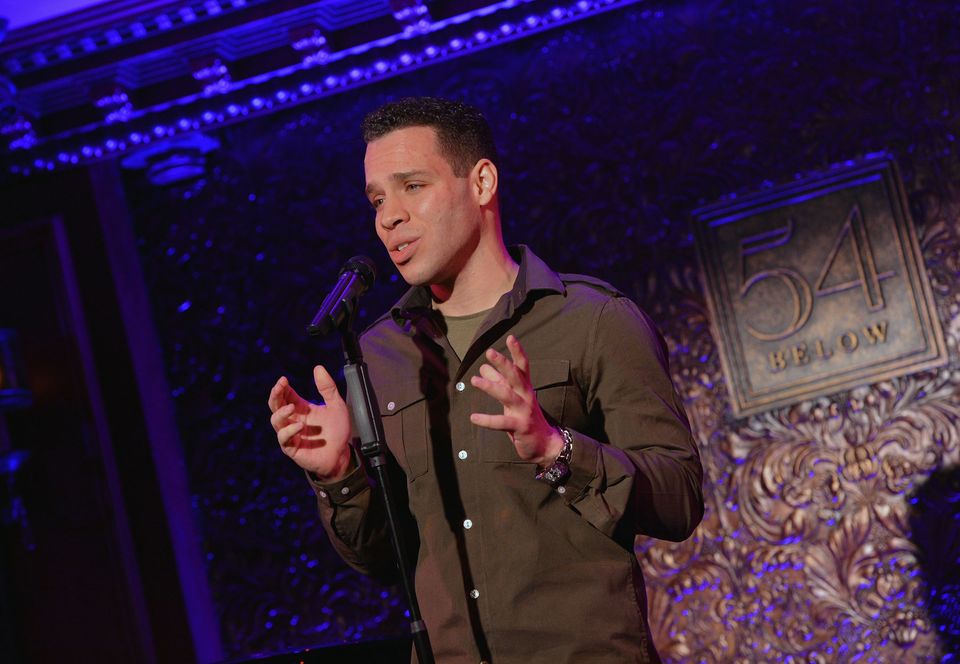