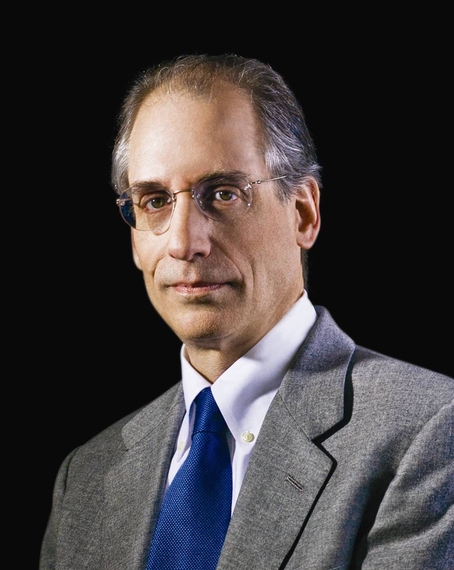 Michael M. Weinstein holds a Ph.D. in economics from M.I.T. and has served as chief program officer for the Robin Hood Foundation since 2002.

In 2001, he became the founding director of the Maurice R. Greenberg Center for Geoeconomic Studies at the Council on Foreign Relations while holding the Paul A. Volcker Chair in International Economics at the Council. During the 1990s, he served on the editorial board of The New York Times and as the Times' economics columnist. During the 1980's, he served as chairman of the economics department at Haverford College. Between 2001 and 2012, Weinstein managed the Institutes for Journalists at The New York Times Company Foundation, which trains journalists in complicated subjects about to hit the headlines.

He is president and founder of W.A.D. Financial Counseling, Inc., a nonprofit foundation which provides free financial counseling to low-income families. He is co-founder and chairman emeritus of Single Stop U.S.A., a national nonprofit which helps low-income Americans solve financial problems.

Weinstein is currently writing an intellectual biography of Paul A. Samuelson, the first American Nobel laureate in economics, and writes a syndicated column on public policy for Thomson/Reuters. Columbia University Press published his co-authored book, The Robin Hood Rules for Smart Giving in May, 2013.

"There is no more compassionate and effective way to help poor people in New York City than to give to Robin Hood." - Paul Tudor Jones

Michael Weinstein: Robin Hood makes grants of about $150 million a year to community-based organizations to fight poverty in New York City. We fund any type of anti-poverty program that works, including: education (K-12, pre-kindergarten, community college), job training, microloan, emergency food, health, housing -- and more. Because we fund programs of different kinds, we face the proverbial challenge of comparing apples to oranges. Which cuts poverty more: a grant to a K-12 school that boosts the graduation rate of disadvantaged students or a grant to a job-training program that trains ex-offenders to serve as substance-abuse counselors?

To answer that all-important question, we've developed a sophisticated methodology, dubbed "relentless monetization," that relies upon benefit/cost analysis -- the workhorse of modern economics -- to guide grant making. Staff estimates, as best as the evidence allows, how much the proposed grant will boost the living standards of low-income New Yorkers (compared to their living standards were Robin Hood not to make the grant). In support of that methodology, staff has developed over 170 algorithms to assess the impact of the interventions we fund.

Though relentless monetization relies on data, we make no grant solely on basis of arithmetic. Robin Hood's program officers supplement quantitative data with a wealth of qualitative information about current or potential grantees. Using all available information, staff recommends to Robin Hood's board those grants that do the best job, per dollar of cost, of lifting the living standards of New York's poor.

APC: How closely are your grants tied to outcomes?

MW: Our benefit/cost analysis focuses exclusively on outcomes. We don't focus on inputs, such as the number of students that our schools teach or the number of ex-offenders that we train for employment. Nor do we focus on costs separate from the outcomes that spending money makes possible -- so we don't fixate on cost-per- student or cost-per-trainee. Instead, we focus on the extent to which the proposed grant achieves Robin Hood's mission of improving the living standards of our target population (low-income New Yorkers). Specifically, staff estimates how much a proposed grant will, per dollar of cost, boost the incomes and health status of low-income New Yorkers. We then assign a dollar value to improvements in health so that we measure the impact of health in the same (dollar) terms as we measure the impact of income.

APC: Do you measure both short-term impact on the individuals served and long-term income on the community/society?

MW: Though Robin Hood makes no decision solely on the basis of arithmetic, we do estimate the return on our grants (in the form of a benefit/cost ratio) three ways. First, we estimate the actual success over the just-completed grant year (a short-term impact). Second, we estimate expected success for the upcoming grant year -- another short-term calculation. By comparing these two estimates, we flesh out surprises (plus and minus). Third, we estimate the benefit/cost ratio for five years into the future, or however many years into the future that we estimate it will take to expand the program to its ideal size. We make the long-term calculation to steer us away from grants that are smart in the short run but weak over the long run.

Robin Hood's mission is to help low-income individuals. Toward that goal, we do take into account the likely impact on poor individuals of interventions we're considering for low-income neighborhoods. But we do not pursue society-wide outcomes or any other philanthropic goals, however virtuous, other than poverty fighting.

APC: In your grants, do you underwrite the expense for nonprofits to do the impact measurement you require?

MW: We do ask our grantees to track a lot of data. If they don't already have the personnel on hand to collect the information, we surely do provide money to cover the cost.

We also provide our grantees with considerable management assistance -- helping them adopt modern fiscal and client-tracking software systems, appoint effective boards, conduct effective outreach and the like. We provide these services either by giving grantees money with which to purchase consulting services, providing advice from Robin Hood's own management-assistance staff or by arranging for Robin Hood's partners, like McKinsey, to provide our grantees with pro bono projects.

APC: How much latitude do you give your grantees to be innovative and try new ideas? (Which may not show measurable impact at first.)

MW: We hunger for our grantees to propose new and exciting projects. We provide "supplemental" grants to the most promising ideas at any time during the year. Robin Hood's board includes a number of prominent hedge-fund traders: understand the need to take risks in order to make important progress against poverty.

Robin Hood undertakes pilots, by which we mean start-up projects that lack a track record, under two conditions. First, we see a compelling concept that, if it works, would generate large wins for poor New Yorkers. Second, important, the grantee agrees to put into place, with Robin Hood's funding help, a plan to collect data by which to determine in due course whether the pilot is working. [For important pilots, we increasingly rely on randomized controlled trials, the gold standard of evidence.] We're eager to fund new ideas. But we don't fund programs that can't demonstrate effectiveness within a reasonable amount of time.

APC: Since this edition is tied to education, can you tell us what types of educational programs you fund, and why?

MW: For K-12 education, we make grants of more than $25 million a year. These investments include: supporting charter schools (Robin Hood is the largest private funder of charter schools in New York City, though we do not fund a majority of charters, many of which do not meet our standards); transfer schools (which serve high school dropouts); tutoring (including a partnership with the city's education department to provide intensive tutoring for middle-school students -- groups of between one and four students working for one hour a day every school day for three years with the same tutor); programs to help high school students apply to and attend college; mental-health clinics in city schools; teacher training; education technologies; advocacy focusing on public policy; and capital projects (Robin Hood partnered with the city to build two high school buildings for the graduates of three of our charter-school grantees.).

We're the largest private funder in N.Y.C. of job-training programs (surely a type of education).

Finally, we're about to announce a $5 million prize for a computer app that successfully improves employment-related skills of adults. For purposes of determining a winner, we'll test the most promising submissions with a randomized controlled trial conducted on the campuses of the city's community colleges.

This post originally appeared in Philanthropy NYU. The academic journal at New York University can be accessed at philanthropynyu.com.