A decade ago, Robin Smalley was enjoying the best of times. In her early 40s, the Emmy award-winning producer and director had abandoned the grueling hours and stress of doing live television to run a media nonprofit in Los Angeles. Though Smalley took a sizeable pay cut, the new career was more fulfilling and gave her more time with her spouse and two small daughters.

Then things began to unravel.

First, Smalley’s stepfather died. Then she was diagnosed with breast cancer. Smalley plowed ahead, never missing a day of work as she underwent 12 weeks of radiation. Just as she finished treatment, her mother died unexpectedly.

Seeing her through it all –- the job change, the illness, the sorrowful deaths –- was her best friend and bedrock, Karen Besser. They met as college roommates at Tufts University. “She couldn’t have been more of a sister to me,” Smalley said. “She would say, ‘I have three brothers, can’t you just marry one of them?’”

In January 2004, Besser went into the hospital for minor orthoscopic surgery and lapsed into a coma. Smalley immediately flew out to Illinois to be with her friend.

Besser died on Valentine's Day. “I really went into emotional tailspin,” Smalley said. “I’d always been positive, I thoroughly believe in counting your blessings, but I had had a difficult couple of years. When she died it threw me completely.”

Karen Besser’s brother, Dr. Mitchell Besser, was an OB-GYN who worked with poor women in South Africa. During the weeks he and Smalley kept vigil at his sister’s bedside, he told Smalley about a program he had started in 2001 to train new mothers to become mentors to other moms with HIV. Through counseling and education, the mentor mothers work to prevent mother-to-child transmission of the AIDS virus. (With access to medication, transmission through pregnancy, labor or breastfeeding is 100 percent preventable.)

“In resource-rich countries … 98 percent of babies are born HIV-negative,” Besser noted in a TED Talk. “Yet, in resource-poor countries, in the absence of tests and treatment, 40 percent of children are infected.” In 2009, an estimated 370,000 children contracted HIV during the perinatal and breastfeeding period, according to a UNAIDS Global Report.

Besser invited Smalley to come to Cape Town and check out his work at Groote Schuur Hospital. “The first day I went on rounds with him and started meeting incredible women who were HIV-positive and pregnant, and had the most courageous spirit,” Smalley said. “It was like a bucket of cold water. I snapped out of my misery and said to my husband, ‘We have to move to Capetown.’ We literally packed up the kids and the dogs, rented out our house and moved five weeks later.”

The first year, Besser and Smalley went from country to country knocking on the doors of health ministries, and flying to New York and Washington D.C. to garner support for the organization, mothers2mothers (m2m). “That’s where my TV background helped –- I knew how to tell a story,” Smalley said. “People started believing in us and investing, and we were able to hire people.” Celebrities such as P. Diddy, Beyonce, David Beckham and Elton John visited the program and donated funds.

In Smalley’s first year, with a $70,000 budget, m2m expanded to 31 sites in South Africa. In July 2005, First Lady Laura Bush visited m2m in Cape Town, praising the women there for "stripping away the stigma" of the disease and helping to prevent mother-to-child transmission of the AIDS virus. In March 2006, she hosted Smalley and a gathering of the m2m mentor mothers at the White House.

“I went from being as miserable as I had ever been in my life after Karen died to being the happiest I’d ever been in my life,” said Smalley. In September 2005, she moved back to Los Angeles to become m2m international director, and Gene Falk, a former Showtime executive and AIDS activist, became executive director. In June 2007, the Financial Times of London rated m2m one of the top 100 non-governmental organizations in the world for public-private partnership.

“Our mothers are front and center, really showing that the women of Africa are powerful and extraordinary, and through women we can eliminate pediatric AIDS,” said Smalley, who attended the International AIDS Conference in Washington D.C. on July 22 with some of the m2m mothers.

Today, m2m has 600 sites in seven countries, and employs 1,600 people, including 1,500 mothers with HIV. Every day m2m makes inroads in the fight against AIDS, offers life-sustaining care and helps people lead more productive lives. But Smalley says she’s the one who found salvation.

“I always thank Mitch for bringing me into this, because it did save my life,” she said. “I learned from this experience that when you are unutterably sad, the [best] thing you can do is do something for someone else.

“I think Karen is smiling.” 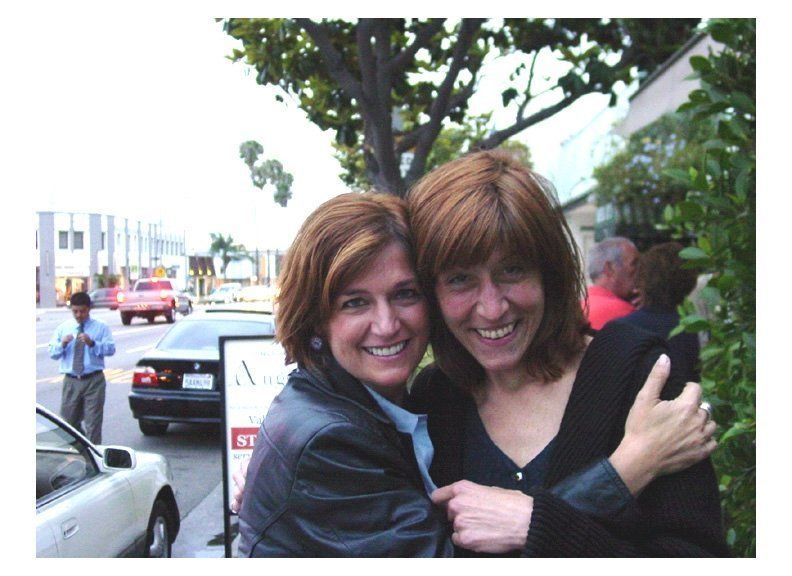