As Robin Thicke continues his quest to nab the song of the summer, the singer has announced his sixth studio album will be released on July 30.

"Blurred Lines" is currently enjoying a run at No. 1 on the Billboard Hot 100, and the album of the same name will serve as a follow-up to 2011's "Love After War." In addition to T.I. and Pharrell, who appear on Thicke's lead single, Kendrick Lamar will duet on a track called "Give It 2 U."

"The album is called 'Blurred Lines,'" Thicke said during a recent appearance on Power 105.1's "The Breakfast Club." "I've realized as I've gotten older that we all think we're living either in a black or white world, or on a straight path, but most of us are living right inbetween those straight lines. And everything you thought you knew, the older you get, you realize, I don't know nothing about this. I better pay attention, I better listen and keep learning.' So I think that, that's what I've been realizing these past few years."

"Blurred Lines" is Thicke's first No. 1 single, although 2007's "Lost Without U" also made a splash, having since been certified platinum. "Lines" also recently hit No. 1 on the Hot R&B/Hip-Hop Songs chart. The second single, "For The Rest Of My Life," was officially released on June 3.

And here's the album cover: 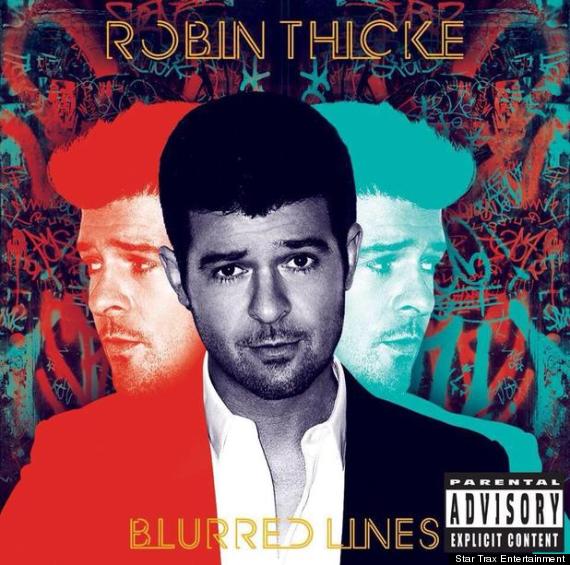