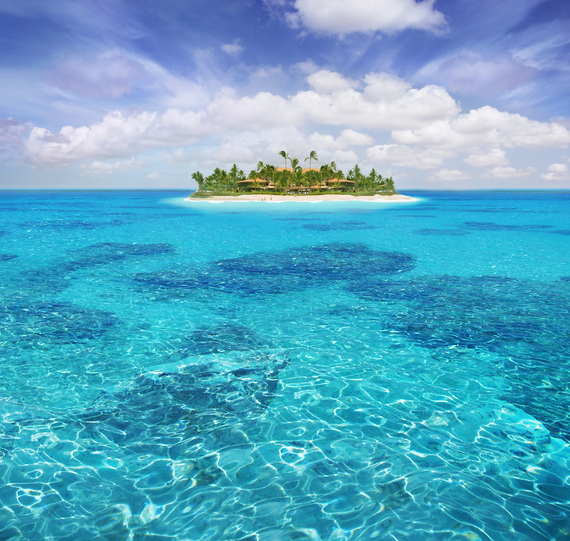 "The world with all its enjoyments, could not return him to the tranquility of his solitude." - Richard Steele

Daniel Defoe's novel, The Adventures of Robinson Crusoe, was based on the real-life adventures of Alexander Selkirk, a Scotsman who was a sanctioned pirate, capturing and plundering enemy merchant vessels for the Queen of England. This swashbuckling privateer dreamed of returning to England a rich and admired man, but life took a strange and unexpected twist for Alexander Selkirk.

In 1704, Selkirk was First Mate on her majesty's ship, the "Cinque Ports." The unfit captain, William Dampier, was determined to round the dangerous waters of Cape Horn in a stormy sea. The worm-eaten ship was badly damaged when it finally limped into the Pacific, barely making it to a tiny uninhabited island sometimes used by pirates.

Captain Dampier, who had made every wrong decision, made yet another one and decided to set sail without repairing the crippled ship. Rich merchant vessels sailed these waters and Dampier dreamed of the loot they could capture.

Rather than risk his life on a ship that was sure to sink, Alexander Selkirk decided to remain behind on the island and await rescue. The Cinque Ports left him, finally sinking off the coast of Peru with all hands drowned, save eight men, seven of whom spent the rest of their lives in a Peruvian jail. Selkirk was entirely alone on the island.

Nighttime was the worst time as he heard strange howling noises coming from the beach. Fearing that they were sea monsters come to shore, he hid in the rocks, screaming in terror until he fell asleep from exhaustion. He didn't sleep for long. Soon he was awakened by the sharp pain of island rats gnawing at his feet. Eventually he discovered that the howling noises came from sea-lions and not monsters.

Selkirk thought he wouldn't have long to wait for rescue but weeks turned into months and he resigned himself to making his home on the island. He had brought only a few things with him from the ship: his bedding and clothing, a rifle, a pound of powder and bullets. He also had a hatchet, a knife and a kettle. And to pass the time he had a Bible, his mathematical instruments and a few books. Without human companionship, his loneliness consumed him and on many occasions he was close to suicide.

He explored the island and found freshwater springs as well as wild goats and cats left behind by Spanish ships. There were fat turnips and sweet cabbage trees, Jamaica pepper and Malagita for seasoning. He found sweet black plums which were difficult to get; they grew on high trees in rocky terrain. He also ate tender turtle meat and rich crawfish which were as big as lobsters. At first he found it difficult to eat meat and fish without salt and bread, but in time he grew accustomed to these simple tastes.

Selkirk built a hut out of fragrant pimento wood, covered it with long grasses and lined it with wild goat skins. Almost out of powder, he began running after the goats to catch them and soon wore out all of his shoes. His bare feet became hard from running on the rocks.

The big rats that gnawed on his feet at night were still a problem, so he tempted wild kittens with goat meat until he had tamed a hundred cats. They slept in his hut with him at night, keeping the rats at bay. A few of the cats even followed him like dogs on his hunting expeditions. He also tamed goat kids. Sometimes in the moonlight he danced with his cats and goats for company.

Vigorous exercise kept him in remarkable shape and in time he began to find joy and tranquility in his solitude. He practiced devotion with prayers, meditation and reading the Bible, his cats always close by. In time he gave up speaking altogether and relaxed into a blissful state that he had never known before. His adventure became an inner tranquil journey that few ever experience.

Four years and four months later, he was found by an English ship but Selkirk was indifferent to being rescued. The sailors had to talk him into returning to England and even stayed for some time with him on the island before he was ready to leave. They knew Selkirk was a good privateer and they wanted him to help them capture rich enemy vessels.

Selkirk worried most about his hundred cats. They were so tame that they were semi-dependent on the goat meat he fed them and he knew they could not all survive without him. When the sailors finally convinced him to leave the island, it broke his heart to leave his cats and he cried like a baby until the island was out of sight.

Selkirk returned to England a rich man from his pirating but he never adjusted to life in civilization. Without the vigorous exercise, he lost both strength and agility and he frequently voiced regrets about leaving the island. He was never able to get used to drinking alcohol again and the food did not agree with him. For a time he lived in a cave in Scotland. And at the time of his death, he was planning to return to the island.

He once said, "I am now worth 800 Pounds, but shall never be so happy, as when I was not worth a Farthing."

Author of The Wife of John the Baptist