If your first thought when you hear "robot preacher" is the Preacherbot character from the popular TV show Futurama, we don't blame you. But for Florida pastor Christopher Benek, robot preachers are an undeniable reality... or at least they will be in the near future.

If, as Christian theology explains, humans are created in God’s likeness, then, Benek told The Huffington Post, “it would make sense that we [too] would be able to create something that has autonomy.”

Benek holds a Doctor of Ministry in theology and science from Pittsburgh Theological Seminary and espouses a Christian form of transhumanism -- the notion that humanity can be enhanced through the development of new technologies. He appeared in a March 15 episode of "The Daily Show" to discuss his ideas about the future of artificial intelligence and faith.

"If you have the ability to process all of the information on Earth instantaneously, you could write a pretty good sermon," he told "The Daily Show"'s Jordan Klepper. "The hope would be beings who essentially lead us to a new path of holiness."

Robot preachers would naturally work toward peace and justice, Benek told HuffPost, because their intelligence would surpass that of humans; they would be able to make autonomous decisions based on all of the information available to them. They also wouldn't have the emotional and mental limitations even the most well-intentioned humans have. “We’re limited from a standpoint of intelligence," the pastor said. "We’re not exponentially growing in the way this being would be.”

Imagine a pastor who could "use the inflection and verbal prowess of a Billy Graham or a Martin Luther King and the compassion of Mother Teresa," he theorized, and do all this on the fly. "That would allow people’s needs to be met because a lot of times we pastors can’t do that,” Benek said.

But it isn't just a theoretical exercise for the pastor -- it's a reality that churches need to be realistic about. Technology is increasing exponentially, and religious leaders should embrace this growth. “If they fail to do so they isolate themselves and their congregants from what’s going on in society," he argued. "And Christ calls us to be involved in society.”

Artificial intelligence raises some theological questions about the relationship between God's laws and the laws of physics, though, as Religion Dispatches' Michael Schulson wrote in an article about the Digitally Advanced Virtual Intelligence Device, a robot known as “D.A.V.I.D.” that's housed at the Southern Evangelical Seminary in North Carolina.

"Giving the impression of life," he wrote, "robots push us to ask what it is about living beings that may be machinelike -- and what, if anything, about life is distinct from a material mechanism."

Benek said we may need to shift our understanding of what it means to be human in order to really understand how robot preachers and other forms of artificial intelligence could fit in society. “We’re special to God because we’re loved," he explained. "So we shouldn’t be intimidated by the fact that there’s something more intelligent than us. That is not what our identity is based in.” 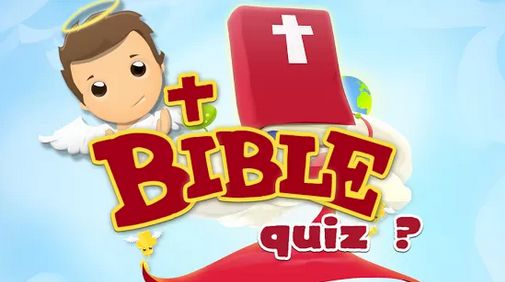