Automation has been responsible for improvements in manufacturing productivity for decades.

The industrial world realizes this and robot sales have been surging, increasing 29 percent in 2014 alone, according to the International Federation of Robotics. 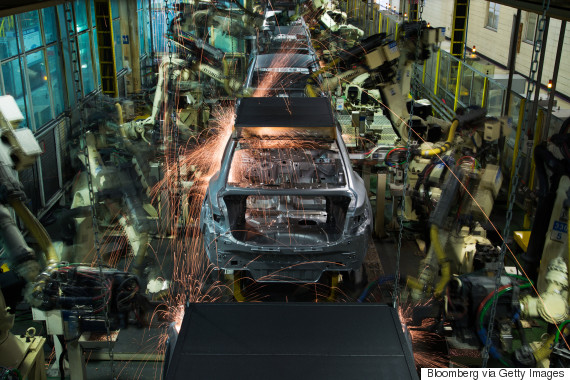 Robots at the Hyundai factory in Asan, South Korea, on Jan. 20, 2015. (SeongJoon Cho/Bloomberg via Getty Images)

None of this should surprise us. Automation makes little or no economic sense in countries where there is comparatively little manufacturing or where abundant cheap labor is readily available. The basic economic trade-off between the cost of labor and the cost of automation is the primary consideration. Labor laws, cultural considerations, the availability of capital and the age and skill levels of local workers also are important factors.

Consider an economy such as India's. When you have 1.3 billion people who can make things cheaply, it doesn't make a lot of economic sense to automate. In fact, Indians appear more likely to design and produce labor-saving robots and other such machinery than to use it in their factories.

When you have 1.3 billion people who can make things cheaply, it doesn't make a lot of economic sense to automate.

Also important in the "buy" or "don't buy" calculation involving robotics is the technical ability of machines vis-a-vis manual labor. Some jobs -- think textile cutting and stitching, for example -- simply need human hands, at least for now. This is good news, all else being equal, not only for China and India, but for other emerging market economies like Bangladesh, Indonesia, Pakistan, Thailand and Turkey, which are significant textile exporters.

But with wages increasing in emerging economies, we soon may see more robotics even in textiles, especially in cotton products where the raw material is shipped to countries like Pakistan, converted to textiles and sent back to the U.S.

What this all means is that the next stage of the robotic revolution -- dubbed Industry 4.0 -- will affect some countries more than others and some industries and job categories more than others. Every industry has certain unique jobs, each with its own required tasks. Some jobs can be automated, others not. Moreover, different tasks require different robotic functions -- some of which will require very expensive robotic systems. All of this has to be considered. 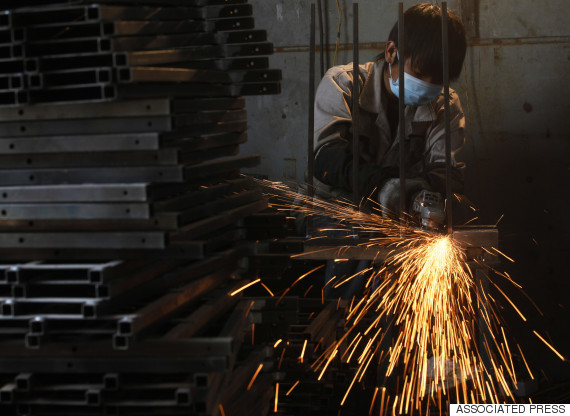 Last fall we took a close look at the world's 25 largest manufacturing export economies to see which countries are most aggressively automating production and which are lagging. Nearly half of the countries -- Brazil, China, the Czech Republic, India, Indonesia, Mexico, Poland, Russia, South Korea, Taiwan and Thailand -- are generally considered emerging markets.

Surprisingly, the countries moving ahead most aggressively -- installing more robots than would be expected given their productivity-adjusted labor costs -- are emerging markets: Indonesia, South Korea, Taiwan and Thailand. Manufacturers in South Korea and Thailand, in particular, have been automating at a comparatively breakneck pace; the Indonesians and Taiwanese slightly slower.

The fast pace of automation in South Korea and Taiwan can be explained in part by higher-than-average wage increases, aging workforces and low unemployment rates. In a developing economy like Indonesia, the motive might be different -- to improve quality so local factories can compete with those in Japan and the West.

Chinese manufacturers see the writing on the wall.

Other countries that have been rapidly integrating robotics into manufacturing, but not quite as quickly, are Canada, China, Japan, Russia, the U.K. and the U.S. China is an interesting case because it's automating rapidly despite the fact that Chinese wages are still comparatively low.

The reason for this, we believe, is that Chinese manufacturers see the writing on the wall. Labor costs have been increasing rapidly in China, a trend that is likely to continue. Moreover, with an aging workforce -- complicated by the country's decades-old though recently abandoned one-child policy -- skill shortages appear on the horizon. And quality remains a big concern. The strategic use of robots can help compensate for these shortcomings.

Countries moving more slowly in the adoption of industrial robotics include Australia, the Czech Republic, Germany, Mexico and Poland. While there are other factors at play as well, labor regulations that require employers to justify layoffs and pay idled workers for long periods of time appear to be largely responsible for the slower pace. 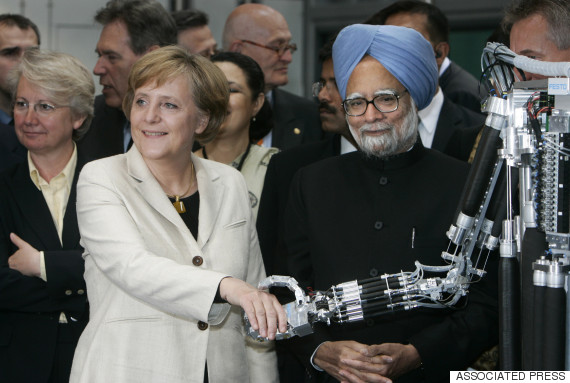 The slowest adopters of robotic technology among the 25 largest manufacturing exporters have been Austria, Belgium, Brazil, France, India, Italy, the Netherlands, Sweden, Spain and Switzerland. With the exception of India, all of these nations have aging work forces, some of the highest productivity-adjusted labor costs in the world and are likely to face serious skill shortages in coming years.

Under the circumstances, automation would appear to be a no-brainer -- except that their governments, in effect, discourage it with various restrictions on replacing workers with machines, including years of mandatory severance pay in some cases.

Surprisingly, the countries moving ahead most aggressively — installing more robots than would be expected given their productivity-adjusted labor costs — are emerging markets.

India has been moving slowly because the economic balance still favors India's abundant cheap labor. But there are bureaucratic hurdles as well. Indian companies with more than 100 employees must obtain permission from the government before they fire anyone. Imagine what that involves. This lack of flexibility not only discourages the automation of existing factories, it also sends a powerful signal that any company or investor considering automation needs to think twice -- maybe three times -- before sinking money into a new modern factory.

As the world's emerging economies industrialize and labor costs rise -- as is now happening in China and happened even earlier in South Korea and Taiwan -- the picture is likely to change.

For now, however, workers in most developing economies would appear to have little to fear. Robots may be coming to their factories, but not any time soon.

8 Jobs Robots Are Highly Likely To Take Over