2013 was Robyn Lawley's year, when she went from being an under-the-radar model, most famous for starring on Vogue Italia's infamous "curvy" cover, to a spokesperson for positive body image, an anti-thigh gap crusader and the hottest thing in the world of modeling, plus-size or otherwise.

But 2014 is looking pretty good already, too. The Aussie model has scored the March cover of Cosmopolitan Australia, posing in a trendy cutout dress for the bright, playful cover. The mag has been one of Lawley's biggest supporters, casting her for a gorgeous bikini shoot in its December 2013 issue (in which Lawley got to wear some of her own Robyn Lawley Swimwear).

But a cover, particularly for a big-name magazine, is an even bigger deal. Lawley has been the most prominent so-called "plus-size model" to cross over into the regular modeling world, with gigs for Barneys, Ralph Lauren and Chantelle Lingerie. But major covers have largely eluded her, save for the notable Vogue Italia cover and a shot for Elle France.

With this stunning photo for Cosmo Australia, perhaps the American magazines will take note. Think 2014 is the year Lawley scores her first big US cover? 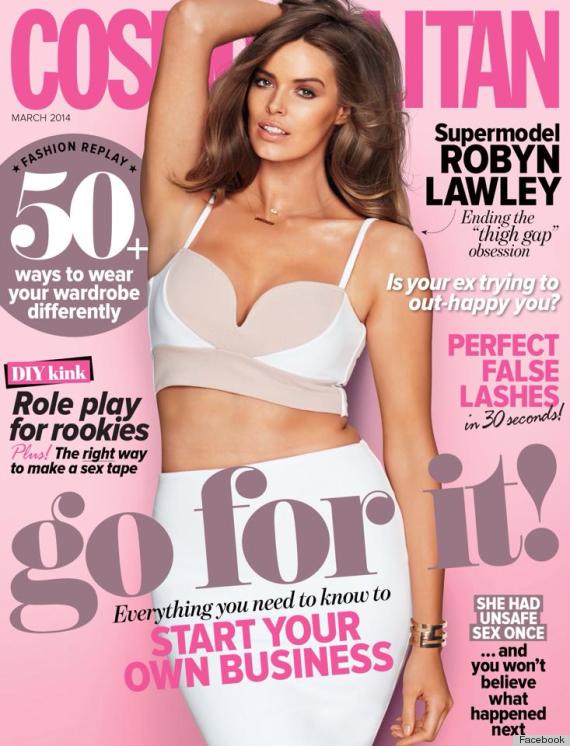 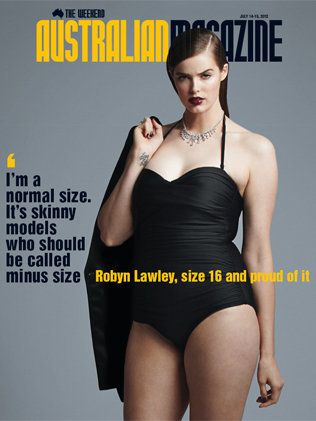