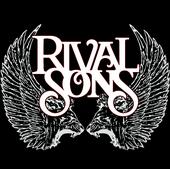 We had the opportunity to speak with future rock superstars, Rival Sons. They are a band definitely worthy of watching.

Scott: Unfortunately, rock & roll has become so convoluted these days ... there's plenty of good bands out there ... just not a lot of what we would classify as rock & roll. if the question is what is a 'technical definition' of rock & roll ? I'd say its the melting of blues, soul, and country, first off. And it's gotta have a little boogie, or make you wanna dance or pump your fist ... and most importantly, it's gotta be DANGEROUS. It's obviously tough to really encompass this whole concept of rock & roll ... but this is my quick answer.
Jay: And rock & roll should be loud ... even when its quiet! Basically, rock & roll comes from a feeling of unrest, set to rhythm and blues.

How do you guys feel you live up to your own personal definition of rock and roll?

Scott: Well, I think more or less, we harness the elements we mentioned in the previous question.
Jay: It's a matter of honesty. Drawing upon the sources we've been given, we feel confident that what we are doing is real ... in the sense that posturing falls far behind delivering the true expression that is, and should be -- rock & roll.

What inspires you to write your music?

Scott: A different thing every time ... from the simplest things to the heaviest and deepest. This is what we do ... and we have to be indiscriminate to all the things that come our way. This might sound kinda vague ... or too esoteric ... so I'll also add: muscle cars, pretty women, ninjas, and fire.
Jay: Well, what doesn't inspire you? You gotta keep your antennae tuned, keep your pole in the water and always be ready. There are millions of records sitting on collectors shelves, that we'd just about kill to get our hands on, as far as others peoples music as inspiration.

Who has influenced you?

Jay: That's a loaded question, bro. My librarian, my coffee maker ...
Scott: Muscle cars, pretty women, ninjas, and fire. I actually think we wear a lot of our influences on our sleeves, so I'd rather people go listen ... have fun pickin' em out. Honestly, if you're delivering the honest truth ... in any form of art, and you aren't bullshitting us, that influences me.

You guys are currently touring California. How does it feel to be touring your home state and seeing your fellow Californians rocking out to your songs?

What are your favorite books and authors?

Scott: I like the cathartic quality of william burroughs and charles bukowski, but on the opposite end of spectrum ... my true faves would have to be: Radhanatha Swami, The Journey Home Autobiography of an American swami, Indradyumna Swami- diary of a traveling preacher, and absolutely nothing surpasses His divine grace a.c. bhaktivedanta swami srila prabhupada- anything he's done.
Jay: Authors, herman hesse- sidhartha, joseph conrad- heart of darkness, sante- ask the dust ... the great bandini! lately I've been getting into cormic mccarthy- and his book- blood meridian.

If you guys were to write a book, what would it be about?

Jay: If I were to sit down to write a book ... it would be the greatest book ever written ... and it would be $100 a copy. You would be so so glad you bought it ... but even happier you read it ... Basically, you would send cookies to my house. But I have no idea what it would be about.
Scott: Yeah ... me too then. Is there really a way to answer this after he said that? Damn.

Jeff Rivera is an entertainment reporter who blogs about young Hollywood celebrities . He is also the author of the novel, Forever My Lady(Grand Central Publishing). For more celebrity interviews, visit: www.JeffRivera.com