It's time to welcome our new robot overlords, at least when it comes to playing rock-paper-scissors.

Researchers at the Sensor Fusion lab at the Ishikawa-Oku Laboratory in Japan have developed a robot that can beat humans at rock-paper-scissors 100 percent of the time.

But some may argue the robot is actually cheating: It uses a high-speed camera to sense the shape and positioning of the human hand and can therefore respond, within 1 millisecond, with a move that will beat the human's. 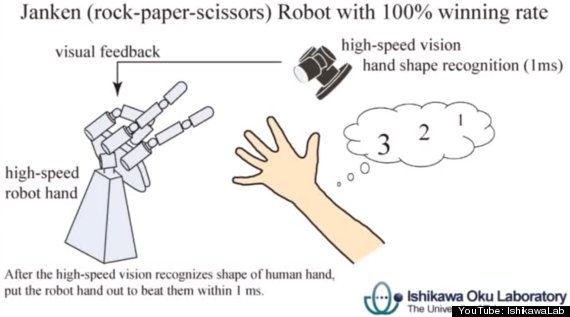 For more on the rock-paper-scissors robot, click over to the Ishikawa-Oku Laboratory.