I was nervous about seeing Bono again. Chances of him recognizing me were zero. But the impact one small scruffy street cat can have on a human being is surprising. Bono was one of the main reasons I needed to return to New York. 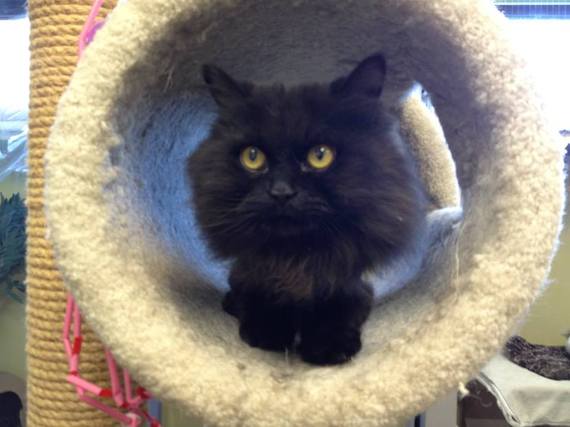 Stepping into the elevator, I exchanged glances with my cat-crazy US publisher, Michaela Hamilton. It was her idea back in 2013 for me to for me to foster a feline while I was in NYC for a month.

Michaela has become a cat fairy Godmother, staying in touch with Bono and his adoptive parents. As the elevator doors sighed shut I asked if he was still scared of strangers. She smiled and said he usually greets her at the front door.

Could this be the same animal that hid under the bed at the rattle of a door handle?

When I first met Bono he was a shelter cat with no future. Jet black with owlish eyes, he had a playful personality. Though he was Persian, most of his body was shaved because his fur was so badly matted. He looked like a small black lion. His ribcage was clearly visible. What fur he had was dull and lifeless. His eyes had an oily sheen. 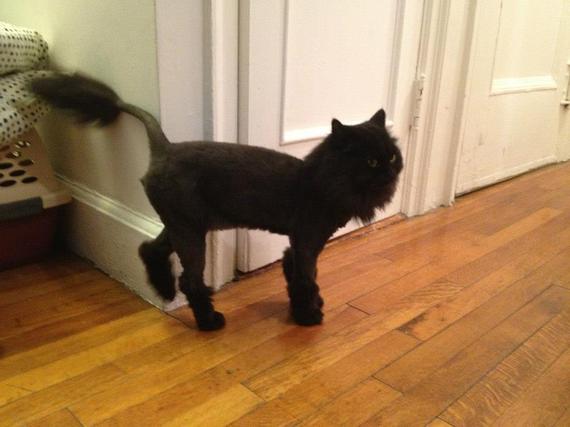 Though the shelter workers had fallen for Bono's personality, he was destined to die there. When prospective adopters found out he had kidney disease and about three years to live they turned away. It was understandable. Why adopt a cat just to lose him after prolonged and expensive treatment?

I fostered Bono just to give him a break from spending most of his life in a cage. When I took him back to my rented studio, he burst out of his travel case and hurtled straight up the chimney. After what felt like an age, he wriggled back down and cowered under the sofa.

As days passed, Bono grew bolder. He pranced playfully about the studio as if he couldn't believe his luck. His meow was soft and high like a bell tinkling. Light on his feet, he sometimes stretched his back leg out like a ballet dancer.

Though he hated being picked up, he'd sometimes slither towards me and nudge his forehead into my hand. I woke most mornings with his powder puff face in mine.

Bono had captured my heart. 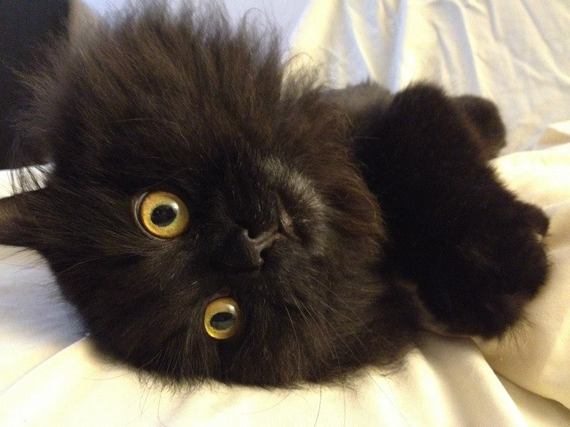 Determined to find him a home, I blogged about him on Huffington Post. He gained fans around the world, but nobody was brave enough to climb the stairs and claim him.

My heart ached at the thought of returning him to the shelter. I thought about taking him back to Australia. But the quarantine restrictions coupled with his health issues ruled that out.

A few days before I was due to leave, a miracle happened. Monique tapped on our door. She'd seen his photos on Huffington Post and wanted to meet him.

I filled the studio with flowers and prayed Bono would charm her.

To my disappointment, he scampered under the bed and hid before she could see him.

Monique and I sat on the sofa and made polite conversation. After ten painful minutes, Monique was ready to leave. As she stood up. Bono emerged from his hiding place. He emitted a gentle meow and pranced towards her. She was entranced. I almost wept with happiness and relief. 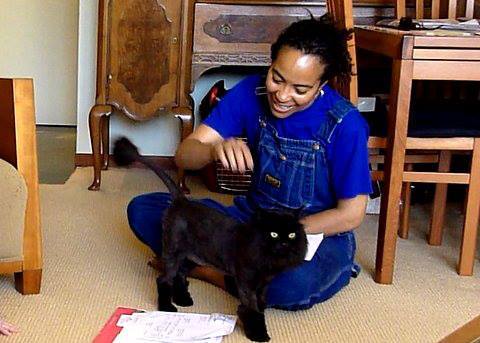 Michaela kept me up with Bono's progress as months melted into years. He has a seven tier scratching tower and drinks only bottled water these days.

I held my breath as we stepped out of the elevator. Monique's door burst open, and there he was. Bono the street cat had morphed into a self assured feline worthy of a blue ribbon.

His beautifully groomed fur glowed with health. He fixed me with those amber eyes, now bright and clear as traffic lights. With a swish of his magnificent tail, he escorted us to the living room.

Monique, her husband Berry and I exchanged hugs and laughter. Berry explained that Bono had become a therapy cat, often spending days at a time with Monique's elderly parents.

I crouched on the floor and extended a hand for a regal nudge.

The cat looked up at me and stretched his back leg in an unmistakable arabesque.

Tears cascaded down my cheeks. The magnificent creature had sent me a sign. Underneath the gleaming good looks he was still my rockstar cat Bono. 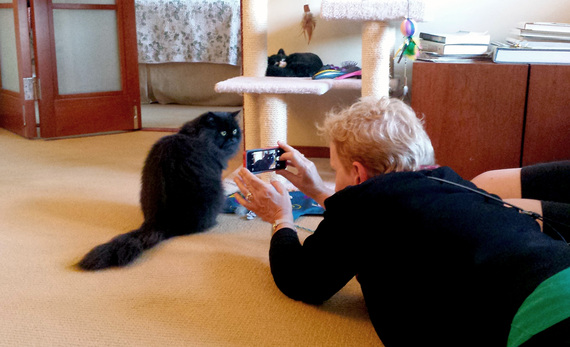