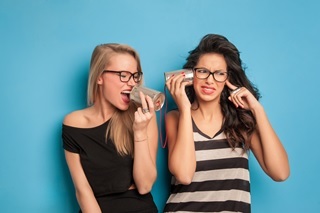 Well those drifters days are past me now
I've got so much more to think about
Deadlines and commitments
What to leave in, what to leave out...
--Bob Seger, Against the Wind

Item: Ben Farmer, in The Telegraph (UK), reports on research that shows parents' immersion in smart phones has left some neglected children starting primary school unable to hold conversations. One head teacher said: "There is limited parent/child interaction. Four year-olds know how to swipe a phone but haven't a clue about conversations". Another primary school leader warned: "We are having more and more children entering our early years stage with delayed speech and a lack of school readiness."

Item: The Pew Research Center reports "the volume of texting among teens has risen from 50 texts a day in 2009 to 60 texts for the median teen text user. Older teens, boys, and blacks are leading the increase. Texting is the dominant daily mode of communication between teens and all those with whom they communicate. The typical American teen is sending and receiving a greater number of texts than in 2009. Overall, 75% of all teens text."

Item: According to USA Today, a study conducted for online casino Yazino found that one in four people spend more time socializing online, via sites such as Facebook and Twitter, than they do in person. The study also found that even when there is an opportunity to see people face-to-face, on weekends for example, up to 11% of adults still prefer to stay at home and communicate on their devices instead.

David Arella, former head of Apple's HR Systems Technology and Innovation Group and CEO of 4Spires, a company dedicated to the transformative power of speech, observes that "...in our current era of advancing social network technology, the art of conversation is being lost in disembodied emails and 140 character tweets. Despite their critical importance, the nature and quality of business conversations is fractured. Some conversations result in the desired outcome and both parties are satisfied, but in many conversations this is not the case. More often there are breakdowns, communications are truncated, requests are not clear, delivery agreements are not made, work needs to be redone, results are not what was expected, trust is eroded, and relations are strained. In most organizations communications breakdowns like these go unattended, par for the course people say, but in reality they are the source of incalculable organizational waste. Technology has contributed to an erosion of conversational competence."

Speech has power. Work conversations are the tools we use to collaborate, communicate and cooperate. Yet we too often take our speech powers for granted, and assume that people understand our requests--and experience frustration when our expectations aren't met. If the overall quality of work conversations is poor, it's not surprising that most surveys of workplace engagement indicate that most employees are disengaged. As Arella noted in a recent blog post, an organization is a network of person-to-person work conversations during which information and energy is exchanged. Like cells in your body, the quality of these "work-atoms" determines the effectiveness of the whole.

Is there a way out of this purgatory of eternal workplace exasperation?

Former Chilean cabinet minister, engineer, entrepreneur, politician and political prisoner Fernando Flores teaches companies how to use the power of speech to inspire people to speak with clarity and intention.

Harriet Ruben, in her Fast Company article "The Power of Words", quotes Flores as saying that if you want to act powerfully, you need to master 'speech acts': language rituals that build trust. Why are speech acts powerful? Because most of what people do, whether in business or in life, is executed through conversation. Unfortunately, most people don't speak with intention, they simply say whatever comes to mind in the moment. When people speak with intention, their actions take on purpose and meaning. And power.

Speech acts in business revolve around the twin ideas of assessment and commitment. The first type of speech act, assessment, means peers speaking honestly to each other while sincerely listening to each other. According to Flores, "In the western mind, there are two notions of compassion...One is, I'm going to be a Good Samaritan and help this guy. But that is the compassion of the weak. The compassion of the strong is in waking people up to their blindness. For that, you need to be a warrior. I am tough and sweet. I show you your bullshit, but I'm also infinitely patient with you."

San Francisco's Delancey Street Foundation, dedicated to helping the distressed and destitute turn their lives around, lives this philosophy with great success. Delancey Street expects residents to immediately call out their fellow residents on behavior detrimental to other residents, the facility, or the culture. Residents don't shy away from confrontation, they embrace it. They regard confrontation as the highest form of compassion. In this crucible, trust is created and sustained in a highly effective, virtuous cycle of individual improvement.

The second powerful intentional speech act is commitment. Properly understood and executed, commitments are the lifeblood of organizational performance.

Flores became Chile's minister of economics in 1970 at the age of 29. He spent three years of confinement in a Chilean prison after being caught up the 1973 coup that toppled Salvador Allende. In 1976, after Amnesty International negotiated for his release, he came to the U.S. and studied the philosophy of language, computing and management at the University of California Berkeley. What he learned and applied in his subsequent body of writing and consulting work was profound.

Commitments have structure, and a lifecycle. Commitments are bold promises, anchored in a cycle of request, negotiation, agreement, fulfillment and closure. They are stories of action, purpose and power. They create new realities through language. They allow people to improve their sense of well-being, and achieve clarity, trust, transparency and increased happiness. They allow the transformation of organizations and individuals. There are companies today that use technology to track the real-time status of peer-to-peer commitments throughout the enterprise. That's powerful stuff.

In the workplace of the future, where it's not even clear what the definition of an organization will be or how societies will harmonize with stunning advances in robotics, nanotech, quantum computing, blockchaining and myriad other technologies, people will still depend on speech acts for effective communication. Skilled speech acts of assessment, which go to truth, and commitment, which go to trust, equal freedom. Great work cultures are possible when people speak and listen with intent, precision and courage. 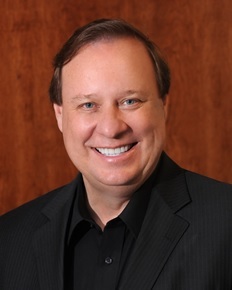