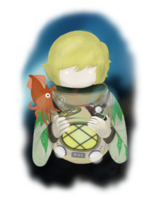 College drop off, second year, went better than first year...and yet, not a walk in the park.

The first year, my mom planned to drive back to Florida from New England late August. She said, too bad she didn't hold off a couple weeks to mid-September, and then she could drop off my younger son on her way through.

Drop him off? On her way through?

She thought she could drop my son off, freshman year...in Georgia...at a highly specialized art school that even the most confident young person would quiver about being good enough to fit into? She could drop him off....16+ hours away from the one home in Maine where he's lived his entire life?

Was drop off of her own daughters such an ancient memory?

The drop-off-bus would need to stop, pause, take stock, take a breath, be sure the child didn't fall with all his new supplies, while walking down the steps once he arrived at his new school. There would be hard physical work at move-in, laughter and happiness at meeting new "nice" people and roommates, anxiety with all that was foreign being hurled at us, and maybe tears at good-bye - at least for the adult getting back on the bus, closing the heavy door, and driving away.

At dinner that evening, second year drop off, there was anxiety. The frivolity of all the afternoon shopping disintegrated. I realized for the first time that change was harder for my son than I ever understood. Likely, it always has been - this is who he is at his core - but he masked it so thoroughly, I never realized. The positives of this core I knew - he's loyal, stable, accepting of what he has. Yin yang.

He needed our conversation about how many buses he'd have to take to get across town to some of his classes, how close the grocery store was for the kitchenette he now had in his apartment-style, upper classmen dorm.

We'd talk him through. Just like we did freshman year.

We'd drive him throughout the city and show him everything he needed, so he could get his bearings and memorize the routes. We'd try new lunch places to introduce him and give him the lay of the land; we'd check out the laundry room and compare the differences to last year's machines. And then, we'd leave him to his own devises.

Freshman year, he flourished....and became such an independent and confident young man. This was all so, so good....and all a part of growing up and....on... and away.

My husband hopped out of the truck to gas up. My son sat up front and cranked up the volume of Elton John's "Rocket Man." I sat quietly in the backseat, lost in thought.

She packed my bags last night pre-flight
Zero hour, nine a.m.....
It's lonely out in space....

It surprised me he knew this old song. Did he even know Elton John?

He started singing louder and with more energy. For a moment, I think he forgot I was in the backseat. He was lost in his own mind, speeding further away.

And I think it's gonna be a long, long time
Till touch down brings me round again to find
I'm not the man they think I am at home
Oh no, no, no...I'm a rocket man

Tears filled my eyes. God, this was hard. Thought babyhood was tough, keeping the little guy out of the street and safe, drying his tears after a fall. Nada.

My husband hopped back in the driver's seat, turned down the radio, and we drove off into the hot Savannah evening, for one more night together before this important sophomore year would begin.

Next leg of this journey....into space.

Artwork by Ben Kalicky, Savannah College of Art and Design