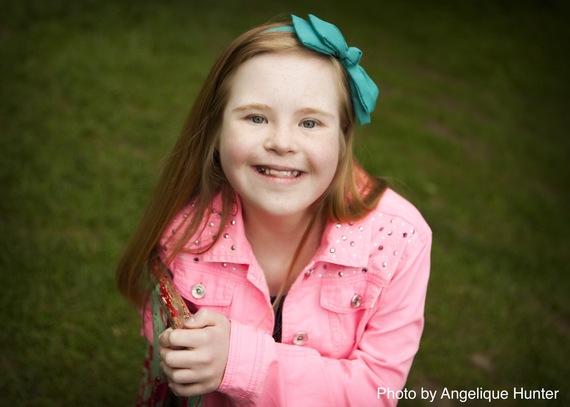 My sock drawer is stuffed to overflowing; everyday athletic socks, fuzzy slipper socks, a few dressy pair of trouser socks. But my special collection consists of crazy, colorful knee socks. On March 21, 2016, I'll have plenty to choose from in honor of World Down Syndrome Day. First observed in 2006 by Down Syndrome International, the 21st of March was officially declared World Down Syndrome Day by the United Nations General Assembly in 2011. Internationally, events and activities are happening to raise awareness. From Australia to Zambia, the unique talents and abilities of people with Down Syndrome are celebrated. And the invitation is extended all around the globe to rally behind the #lotsofsocks campaign by wearing socks. To get people talking and asking questions, the organizers of WDSD recommend wearing, "not just any socks, brightly colored socks, mismatched socks, long socks, printed socks, one sock. Maybe even three socks, one for each chromosome."

Trisomy 21 is the technical term for Down Syndrome. Chromosomes made up of DNA exist in every human cell, typically 46 chromosomes or 23 sets of two. In the case of DS, an abnormality occurs, resulting in 47 chromosomes, the third chromosome on the 21st set. 3-21. Hence, March 21 is the perfect day to recognize these extraordinary individuals.

Sydney, my third child was born in 1999, in a rush, the barely-make-it-to-the-hospital kind of rush. Nursing staff threw scrubs at my husband, and before he got them on, I was pushing. I'd missed out on an epidural with my first two, born 12 and 14 years earlier, and though it was in my birthing plan, the baby was coming too quickly. Besides, something wasn't quite right. There was whispering and a phone call, though it barely registered; while a short labor, unmedicated, natural childbirth was as intensely painful as I remembered. Staff from the Neonatal Intensive Care Unit showed up, moving immediately once she was out. Everything seemed to happen in fast motion. I looked at my husband, probing for answers. Covered by a surgical mask, his facial expression was hidden, but I could see him struggle to keep the panic from his eyes. Then she was placed in my arms. She didn't cry. I only had a moment to look in her sweet little eyes.

"We're not what you expect," the nurse said as she gently pried her away from me. We'll take good care of her." And then she was gone. I've never forgotten her kindness.

Shortly after, the on-call neonatologist not-so-gently delivered the news that Sydney may have Down Syndrome. I remember his speech in sound bites: "advanced maternal age," "declined amniocentesis," "100% accuracy for chromosomal abnormalities," "suspect Down Syndrome."

I'd had some prenatal diagnostic testing done, including 3D perinatal imaging. Everything appeared fine. We chose to forego an amino, the only definitive predictor of DS, still, the possibility was something we had mostly ruled out. 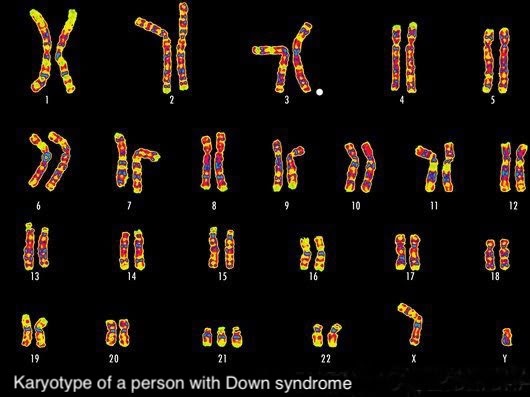 A child with Down Syndrome is born once in about 700 births. With the prevalence of prenatal testing, it's more common to have an early diagnosis, and the subsequent decision parents face is highly controversial and deeply personal. Many have said they were given a grim outlook for the quality of their child's life, and some were pressured by their doctors to terminate the pregnancy. For those like us, who didn't know ahead of time, the shock of an unexpected diagnosis can be jolting, resulting in a range of intense emotions. Parents might be scared or sad, perhaps even angry, but certainly, everyone feels overwhelmed by the unknown.

In 2003, we lived in Austin, Texas, and The Down Syndrome Association of Central Texas was just beginning an outreach program involving of a cohort of parents, all with children who had DS. Members were trained in volunteer counseling practices and, armed with new parent packets and years of experience, visited new families in their homes, or even in the hospital, providing valuable information, resources, and education to calm their fears and answer their questions. And maybe a more important service, they offered reassurance and a realistic and hopeful picture of what to expect. How different might a parent's outlook be if they could see their baby 5, 15, 25, or more years down the road?

If I could have looked in a magic mirror and seen Sydney's life, I would have seen the domestic bliss of the first year and the pure joy she brought to our world. Her presence was magnetic, not just to us, but to everyone around her. She was an easy baby with a hearty appetite who loved to sleep and woke up smiling, a happy cherub who laughed and giggled and played contentedly on her own.

I would have seen most of her development follow this course, taking a little longer to learn, requiring more patience and repetition, but eventually breaking through her plateaus. At her preschool for special needs children I would have seen her learn the names of the colors and the letters of the alphabet and how to write her name. About the world and others around her, and how to follow rules. I'd have seen her at home, doing normal preschool things like potty training and eating goldfish and watching Elmo. I would have seen her with a new baby sister, learning to be gentle and to manage her sibling rivalry.

I would have seen her growing up through grade school, riding the bus, wearing a backpack, eating chicken nuggets in the cafeteria, making friends and playing at recess. And continuing her education, learning to read, to write, to count and add. Learning about science and social studies and current events. I would have seen her adoration for all things Hannah Montana, dressing up in wigs, singing karaoke, dancing the "Hoedown Throwdown."

I would have seen middle school and a few rough years; coming of age years with issues inevitable to all pre-pubescent kids like changing bodies and hormones, mood swings and budding sexuality. And Sydney, wrestling with understanding her own disability and how she fit in. Or sometimes didn't.

If I could have seen up to now, 16 years down the road, I would have seen her in high school, walking the halls with confidence, greeting people -- students and adults alike, by name. I'd have seen her become a cheerleader, darling in her uniform, cheering at basketball games, her poms in sync with the others. In the choir, with proper composure, following the director, singing memorized lyrics, in French. And sparkling in sequins, makeup and curled hair for the show choir performance, nailing her choreography and spinning in circles on two-inch heels. I'd have seen normal happenings, too, like getting braces, celebrating Sweet Sixteen with her first boy/girl party, having her tonsils out and throwing attitude by rolling her eyes, sighing and remarking, "Mom, you're embarrassing me."

Reaching back through the magic mirror, I would say to my younger self, "Mothering a child with Down Syndrome brings the same experiences as mothering the rest of your children; the same brilliantly sharp and unbearably exquisite moments coupled with the same painful heartaches and disappointments; the same sleepless nights, the same anxiety, the same hopes and dreams for a happy, fulfilling life. There is much here to cherish."

The gifts she's brought me are truly the unexpected outcome of her birth, not her disability. Sensitive and compassionate, Sydney lives each day authentically, with dignity. She regards herself and everyone else without judgment. My 'disabled' daughter teaches me slow down, just by being herself. Beautifully, patiently resilient, she shows me how to accept everyone as they are; to accept everything as it is. This simple, profound truth alights on me, continuously in her presence: "What's really important is right in front of you. Stop rushing past and see it. Stop running on adrenaline and feel it. Stop drowning it out and listen."

I have no magic mirror to look through, but I do have big dreams, and why wouldn't I dream big? I couldn't have imagined everything she's achieved thus far. How then could I possibly know what's in store for her? How could I know her highest potential? 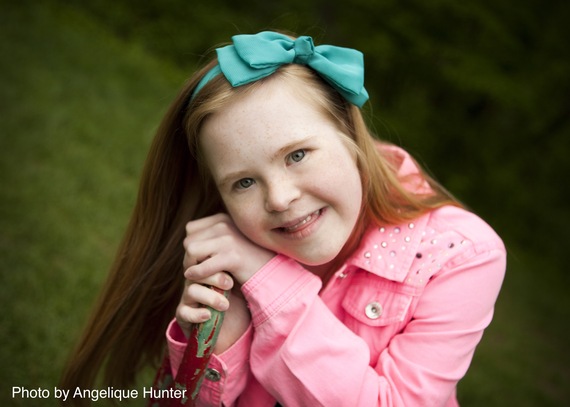 I see Sydney planning her future, setting goals and working towards them. A life lived independently is not out of reach; school, a job, friends, even a life partner. Regardless of intellectual disability, she has the same human needs for connection, self-expression, and living with purpose as everyone else and I see her in the future, self-actualized. Happy. And isn't that what every mother wants for her child?