One, two, three o'clock, four o'clock, rock. We're on a park service bus in Alaska's Denali National Park and we've been instructed to use the clock formula for pointing out the location of any wildlife we might perceive. Five, six, seven o'clock, eight o'clock, rock. And everybody's going bananas shouting out the time all the time, thinking they've spotted some fauna or something.

Nine, ten, eleven o'clock, twelve o'clock, rock. And by George, somebody has indeed sighted a critter - in fact a dirty great grizzly bear at 10 o'clock, across a broad pebble-bottomed river just below a line of spruce. 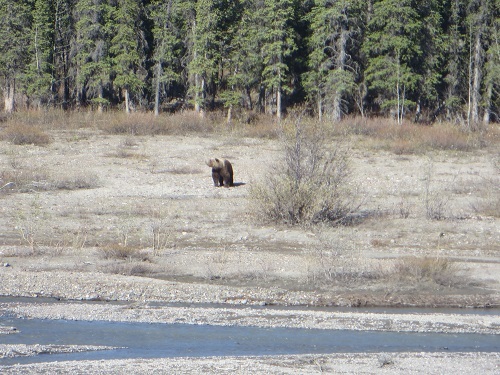 The massive creature moves away from the vegetation in fully glory. We are indeed lucky and not just with our animal spotting, which not even I contrive to miss today. 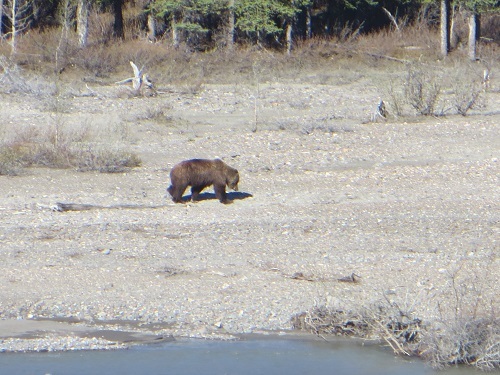 It's late May, and the weather is again splendid, hardly a cloud in the sky. Mt. Denali/McKinley presents itself in all its lofty white splendour. Only 30 percent of the 500,000 annual visitors to Denali National Park catch even a glimpse of the mountain, which is usually enshrouded in clouds, rain and mist. 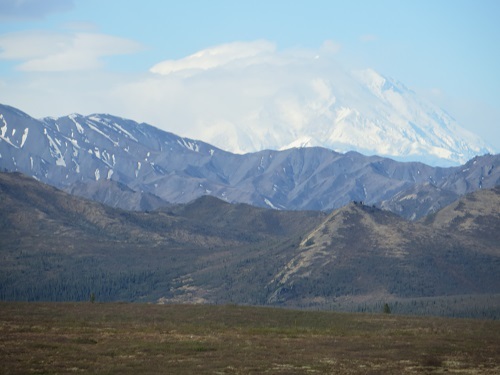 Barren reddish-brown and grey crags form massive jagged ramparts beneath the snow-capped peaks. The tree line is at only 3,000 feet here and we move up from the taiga, the boreal forests of conifers, spruce and larches that produce a third of all the oxygen we breathe, to the sub-alpine tundra, the treeless tract of dwarf bushes, moss and lichens. 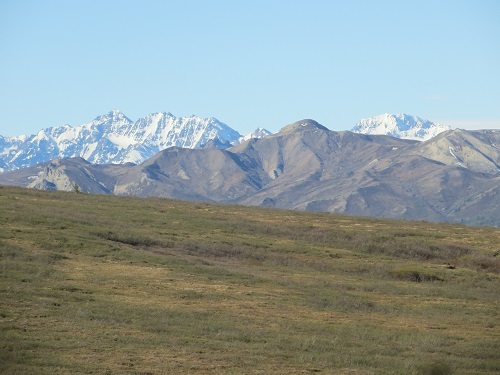 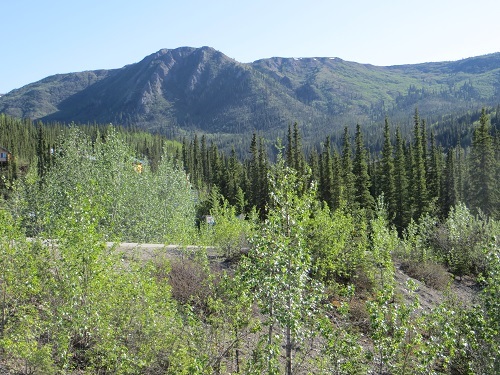 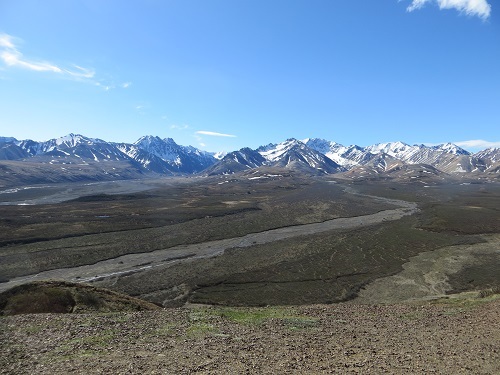 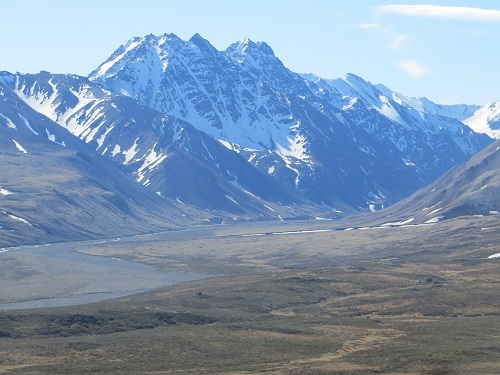 About 10,000 years ago stone-age hunters followed woolly mammoth and caribou here, as evidenced by the discovery of stone spear points, and just over there at 9 o'clock a few descendants of those early caribou are resting down by a riverside. At 1 o'clock pure white horned Dall sheep noted for their large curved horns are pasturing on a hillside. 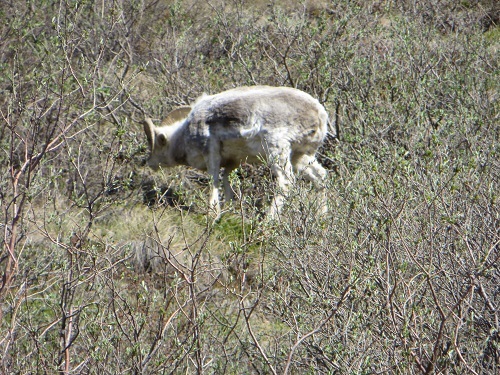 Most magnificent of all, at 3 o'clock, a massive male moose crowned with a huge corona of antlers continues his stately progress, browsing on the tops of dwarf trees. At 12 o'clock a gleaming red fox takes his time passing in front of the bus, and I totally miss snapping him, pressing the wrong button on my effing digital camera. 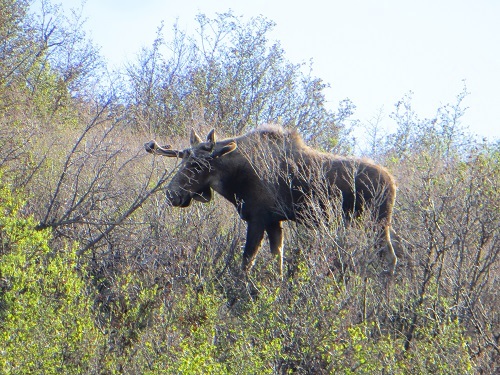 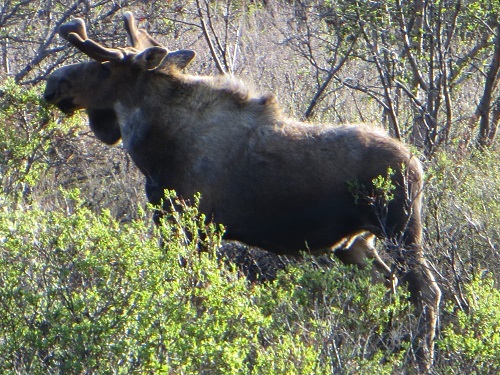 At 2 o'clock a golden eagle flies overhead as we return from Toklat River, 50 miles into the park, and the caribou, now at 3 o'clock, rise and move off at a slow clip as hikers approach. 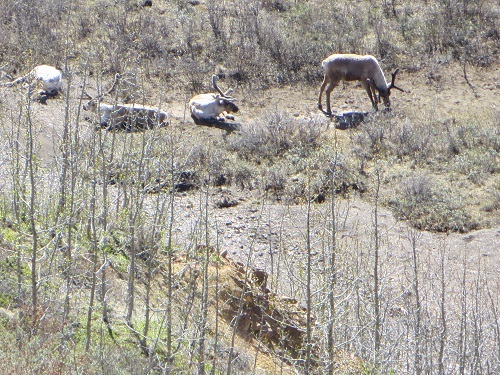 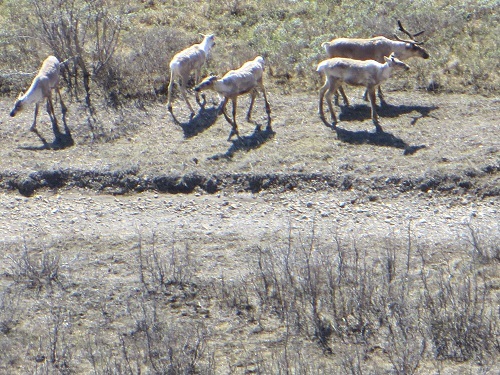 All this without counting the half pasts, quarter pasts and quarter to's producing squirrels, ptarmigans, and countless other Denali denizens. There are not enough hours on the clock for our uncharacteristically lucky sighting bag today. We're rocking dizzy. 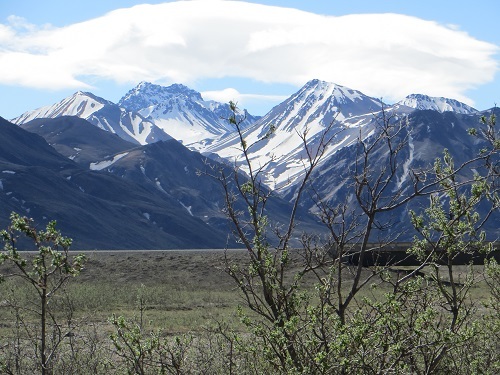 The park's information center explains how the area was endowed with its brilliant red, yellow and orange rocks, as amply evident at the spot called Polychrome Overlook. Some 56 million years ago a series of volcanoes erupted and as their ash cooled it formed the colored rocks from the minerals within. 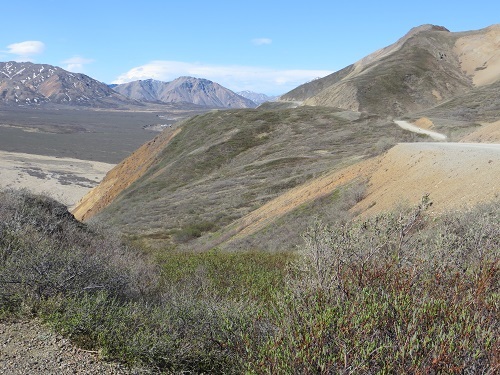 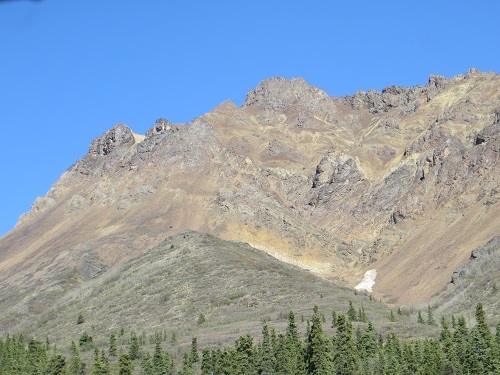 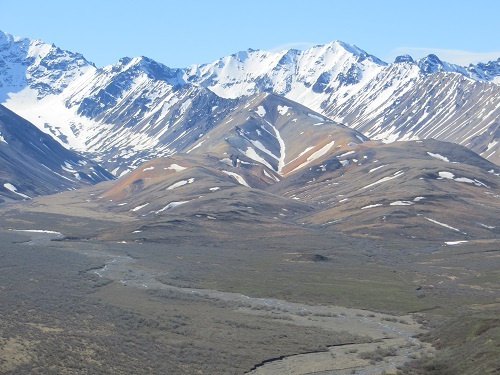 If you move on to Fairbanks by road, you'd better look out for two-ton moose with their massive shoulders rearing level to your windscreen. Since last July, 216 have been killed in road accidents, leaving many of the drivers injured and their cars totaled. 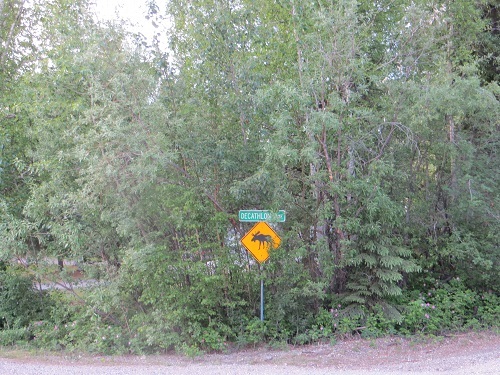 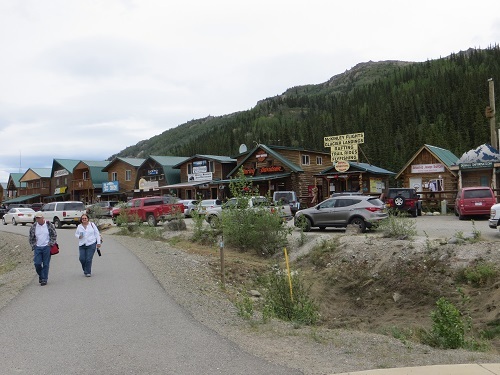 We move on in the Wilderness Express two-decker 360-degree dome panorama carriage of Alaska Railroad - viewing on the upper deck, dining on the lower. The views are superb as we rattle slowly down the Nenana River gorge, twisting in huge semicircles this way and that above the frothing white water spate. 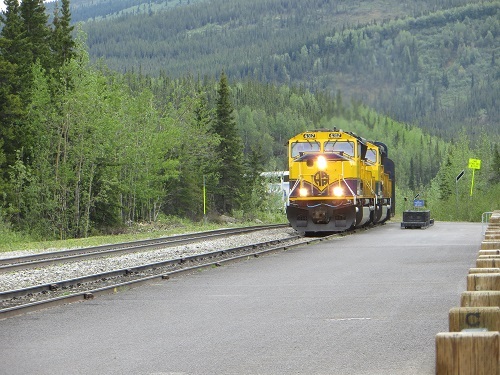 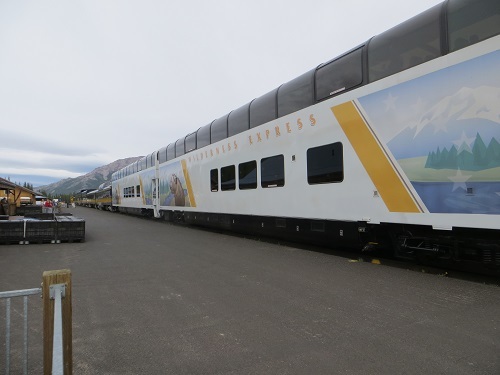 We leave the snow-streaked crags of Denali behind and enter the dwarf vegetation of the permafrost-frozen tundra, then the lusher expanse of taller spruce and newly green deciduous trees, an emerald ocean that spreads on into the infinity of Alaska's vastness.

Views from the train journey 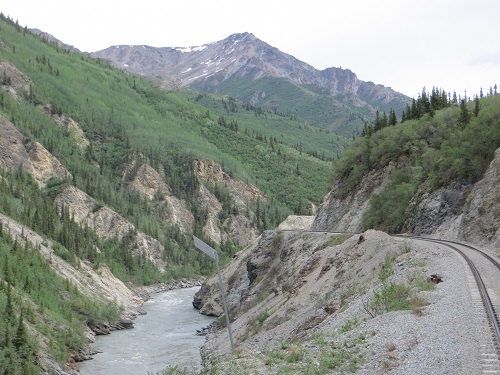 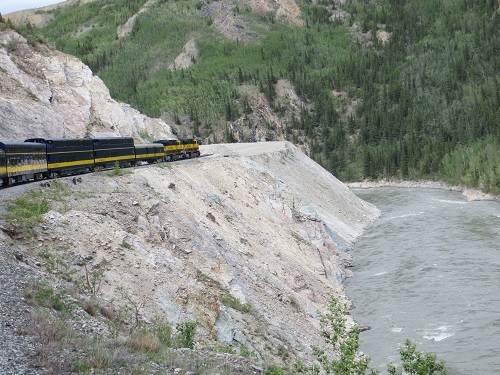 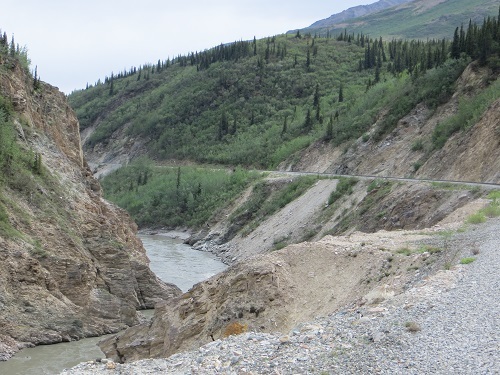 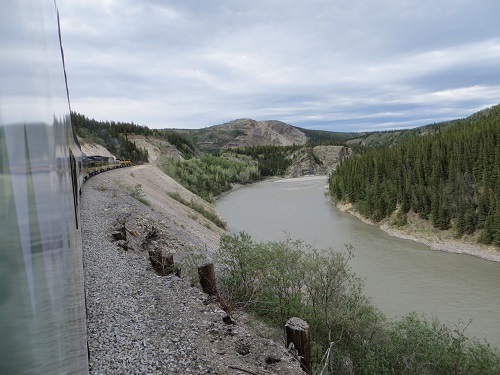 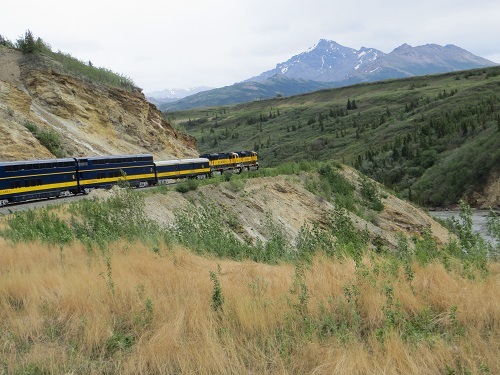 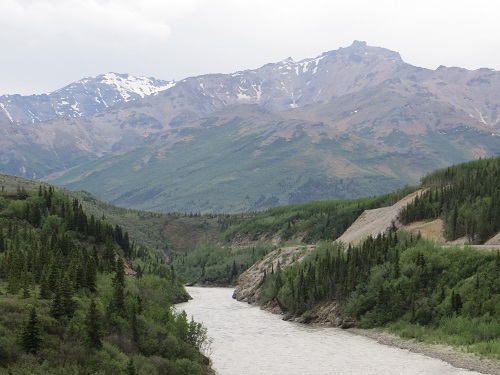