Halloween is still a few weeks away, but Logo TV’s “Cocktails and Classics” is getting its spooky celebration on early with an Oct. 16 screening of “The Rocky Horror Picture Show.”

In this clip from the show, host Michael Urie and journalist Michael Musto delve into the inherently queer appeal of the 1975 cult movie musical starring Tim Curry and Susan Sarandon.

“This is before [the] internet, before a lot of visibility and rights in the LGBT movement,” Musto explains. “You watch it now and it’s kind of sweet, but this was just explosively daring.”

Now in its third season, “Cocktails and Classics” takes a look at some of the campiest, most iconic films in the queer canon. Other episodes have been dedicated to 1950’s “All About Eve” and 2001’s “Hedwig and the Angry Inch.”

PHOTO GALLERY
The Most Inappropriate Halloween Costumes Of All Time 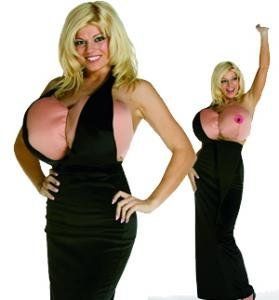