That's what we used to say growing up playing youth football in the late 1970s. I remember the first time -- I wore it like a badge of honor. I got my first concussion! I immediately said, "Put me back in, Coach!"

Including peewee football, Pop Warner, high school and college, all the way through to my 16 years in the NFL, I played tackle football for about 30 years -- more than half my life -- and I can honestly say I have no idea how many concussions I have had. One reason for that: There was no "concussion protocol" when I played, even up until the time I retired in 2005. After a hard hit to the head, you just got up, shook your head, saw some stars and tried to play through it. If you were hit hard enough to come out of the game, you were asked, "How do you feel?" and, "What's your address?" and, "How many fingers?" If you answered correctly, then you could go back in the game.

Today's game is much different. The good news is, in 2016, if there is even a question as to whether a player is concussed, he must go through a much more complex series of tests and his helmet is taken away. If it is determined he suffered a concussion, then he must sit out at least the following week.

The reality is, football is a contact sport and concussions will continue to occur. 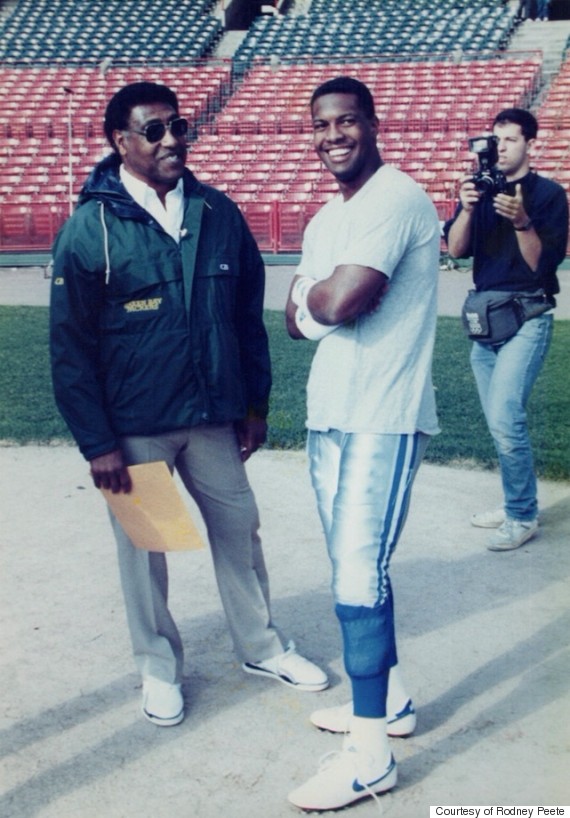 My kids are athletes and love to play all sports. They have gravitated towards baseball and basketball, which makes me exhale. Why? Because football has done so much for me and brought me so much joy that it's hard for me to speak ill of the sport in any way whatsoever. It has been at the core of my existence on this planet. I am the son of a retired NFL and NCAA football coach, and my brother Skip is a veteran NFL assistant coach currently with the LA Rams (still getting used to saying that!). Ours is a bona fide American football family. I cannot pretend I didn't have dreams of my sons following my footsteps onto the gridiron. I was the runner-up to Barry Sanders for the Heisman Trophy in 1990 and often fantasized about my son winning it... If my kids were as passionate about football as I was, I don't know how or if I could say no to them.

She's not your average "football wife." I married a die-hard lifelong Eagles fan and, as they say, I "out-kicked my coverage" with her! She is a force and is never shy about expressing her opinions!

Holly has made it clear about her extreme unease with the concept of our sons playing the sport that brought us so many highs. She, like me, feels a bit hypocritical because of her love of the sport and her dreams of watching the Peete boys extend the family football legacy. But, she has also nursed me back from countless concussions, a torn patella, two torn Achilles tendons, surgeries, rehabs, busted fingers and everything in between. I think for her, repeating that movie with her boys is not something she wants to relive. Injuries are a part of any sport, but the effects of concussions down the line scares the mess out of her. 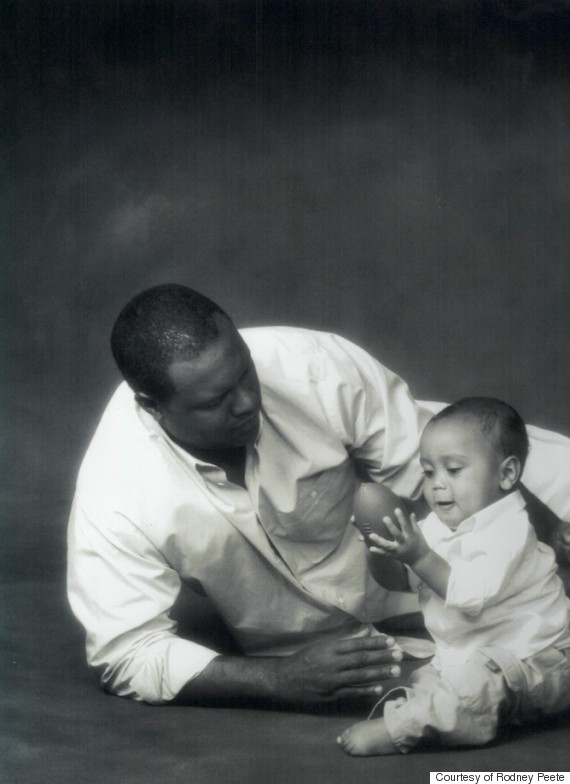 For me, to be 100 percent honest, the fear of the unknown is unsettling when I sit alone and dream of my cognitive health 10 or 15 years from now. Although I feel fine, the delayed effects of so many blows to the head understandably worries me.

I have been personally touched by the impact of Chronic Traumatic Encephalopathy (CTE), which is a disease brought on by repeated brain trauma. I was great friends and teammates with the late, great Junior Seau, who had CTE and took his own life. I will never get over losing him. I just lost my former teammate Kevin Turner to ALS that he felt was linked to too many hits. My former teammate and dear friend Erik Kramer also recently attempted suicide, and though we don't know for sure that he has CTE, it is all still so jarring for me because these are my contemporaries.

And, so, I speak their names because we must continue to spread awareness to help make the game safer and to rally to take care of those who are suffering now.

As for me, the damage has been done, so what do I do now?

First, I thank God every day for a loving, proactive wife. She is all over me to stay in front of this thing. Thankfully, the advances in medicine and technology are allowing us to actively study and discover ways to treat, protect and heal the brain. The Football Players Health Study at Harvard University is using a whole-player, whole-body approach, studying not just the brain but the entire player and his history to get a more comprehensive snapshot that will help improve the care and treatment of players like me and so many who came long before -- and after.

Rodney Peete was an NFL quarterback and is currently a player advisor for the Football Players Health Study at Harvard University. He also stars with his family in the show "For Peete's Sake," which airs on Saturdays at 9 p.m. ET on OWN.