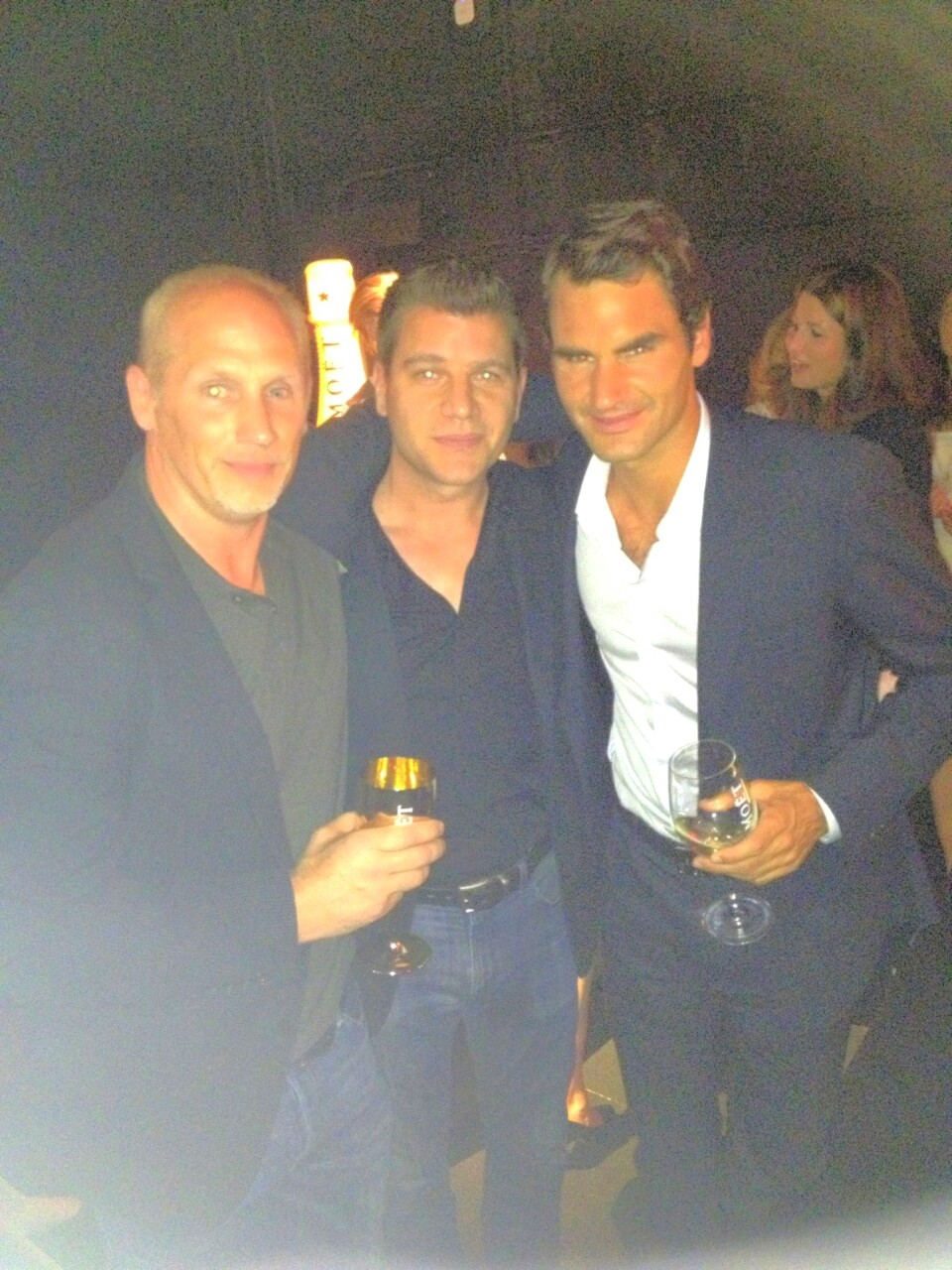 August is always slim pickings in NYC for good parties since most New Yorker's are out soaking in the sun in the Hamptons.

"We couldn't be more pleased to be in New York City to mark Moët & Chandon's 270th anniversary, and to celebrate alongside our brand ambassador Roger Federer, with whom we introduce this stunning new campaign," said Stéphane Baschiera, President and CEO of Moët & Chandon.

About 20 min into the party, Federer took to the stage with a tennis racket saying "Maybe if you all drink a glass of Moët every day, we'll all reach 270." This is about where they rolled out a large cake that was a towering marvel featuring a replica of the Statue of Liberty and single serving bottles of Moët Impérial as Federer stood in front of it posing for pics while Daft Punk's "Get Lucky" played in the background. A few hundred pics later, Federer introduced a performance by singer Emeli Sandé, who sang a few songs including her hit "Next to Me."

Throughout the entire night, waiters were feverishly pouring the bottled heaven out of large magnums into golden goblets to a few hundred dressed to impress guests. Roger Federer and the notables lounged on couches in the VIP section and the room was covered with screens showing a model drinking Moët and Federer hitting tennis balls. In the center of the room was a long display table with cylinders of pink and white macaroons, pomegranates and grapes.

During the party Anna Wintour did her best to avoid being photographed, Kelly Bensimon floated around chatting with guests looking super hot in a leopard print dress,. while tons of girls swarmed around Tyson Beckford like bees on a hive.

The entertainment was provided by DJ Bob Sinclair who had everyone jumping on the dance-floor with some '80s and '90s music tracks.Needless to say, with unlimited bubbly pouring nonstop for hours, many guests were walking sideways by the end of the night. Always remember to drink responsibly (obligatory disclaimer).