When an angry Roger Pion allegedly took a tractor and crushed six police cars and a van last week an unlikely anti-establishment hero was born.

The 34-year-old Vermont man, who pleaded not guilty on Tuesday, has been lionized on Facebook pages, tribute songs and a t-shirt.

The Orleans Sheriff's Department alleges that Pion, smarting over an earlier arrest for marijuana possession and resisting arrest, destroyed much of their fleet in Newport last Thursday.

Two officers jumped from a cruiser as Pion headed towards them. He was arrested at gunpoint two miles away, the Burlington Free Press reported.

On Facebook, there's a page called "Roger Pion, the magnificent," with more than 2,300 fans. Supporters are asked to donate to his defense fund. The page is filled with snarky posts riffing on popular advertising campaigns.

In a parody of the famous milk ads, there's a photo of Pion's vehicle and the caption "Got Tractor?" Another shows demolished patrol cars with a tag line lifted from Verizon Wireless, "Can you hear me now?"

A t-shirt with the words "Free Roger Pion" and a picture of a tractor has been created, according to the Associated Press.

In a YouTube video, Pion's relatives show money they say his supporters have given to him, according to Fox 44.

There's no love lost between Pion and law enforcement. In court papers reported this week by the Burlington Free Press, police said that Pion had been "uncooperative and aggressive" in past encounters.

Pion is charged with 15 crimes, including multiple counts of felony mischief, reckless driving and leaving the scene of an accident. In the YouTube video, his relatives said he's been unfairly targeted by police for years. 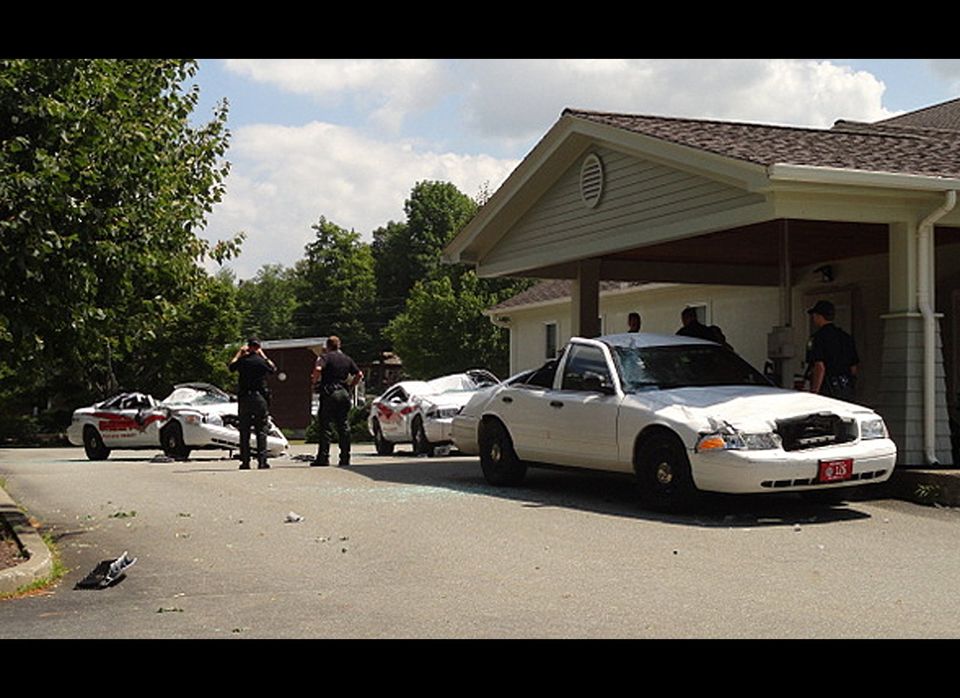