With a handful of studio albums already under his belt, Roger Sanchez is a veteran in the dance music industry. His forthcoming effort, "Roots," underscores his career and looks back at his early influences with the benefit of hindsight. It's "My Roots," Sanchez' latest single off the album, that makes this point most directly.

Everything is there -- tribal overtones, and hints of salsa that make the deep track a true dance floor rattler. "There is a rebirth of underground house music and a new, young audience that is discovering this sound and really looking for deeper and sexier sounds and vibes," Sanchez told HuffPost Entertainment in an interview on the "My Roots" video, which is debuting exclusively above. "I think that dance music has grown and matured, especially in the United States but also globally, and audiences are really looking for more variety and depth within the genre."

For the visuals, Sanchez teamed up with Sherif Higazy, a Sydney-born Egyptian film student at USC. The 21-year-old is less than half as old as Sanchez, but worked with the producer to create an elastic, movement rich video that even incorporates locales that the video's $3,000 budget restricted them from taping -- like Ibiza.

"Since we couldn’t film there due to budgetary constraints, our workaround was to create these spaces digitally and in doing so were able to manipulate them in surreal and interesting ways," Higazy told us. "To me, it reinforced the notion that embracing artistic challenges often yields a more creative result. It’s that kind of environment where one can grow as an artist."

Higazy speaks of "coming up with a visual vocabulary to translate" the "sights and sounds" of a Sanchez show to a music video, which he accomplished by "chucking and dripping paint onto a canvas (which we superimposed digitally) to give the piece the energy and movement it needed."

The paint wasn't the only visual cue Higazy and Sanchez used. "The juxtaposition of the physical vinyl of a past era and the completely digital mp3 of today became the thematic backbone of the video," the director noted. "Since this track is Roger’s return to an old school sound with a contemporary twist, I felt that the image of a physical vinyl rendered digitally illustrated that idea quite neatly."

Sanchez was quite impressed. "I was blown away by how Sherif was able to translate my vision for the video into actual film," he said. "The initial concept i had was to create a series of graphic stills based on my love of street art and also to depict different elements of the roots of my music and have them 'come to life.' What Sherif did was to bring in additional layers: playing with black and white as well as vivid colors and working with a creative artist who literally paints people into a graphic still life."

HuffPost Entertainment also spoke with Sanchez about his broader artistic vision. Check out our emails with the producer and DJ below.

Let's talk a little about the album - why did you feel now was the time to revisit the sounds of your early career?
I had been hearing those sounds percolating up from the deep house and techno scene which felt to me like some of my earlier work. I was inspired to go back to that style, to bring back some of that soul. But now I was able to approach it with fresh ears and a modern production style and mentality -- it is a bit rougher and dirtier this time around and I love it! I have been working with some up and coming producers/DJs such as Mike Vale, Amine Edge & Dance and vocalists such as Ultra Nate, GTO, Medina, Roland Clarke, Boy George and many others and i think their contributions have truly added depth to the album.

How did you go about updating those early influences and sounds?
The bpms are slower but the bass is far bigger as well as a more current approach to arrangement and dynamic of the tracks. In some cases I have sampled my older drums and sounds and filtered and processed it to give the sounds more depth and impact. I feel that it's more of an update to the attitude and vibe of those sounds that the new producers have adopted which has made them current and relevant, and that has influenced me and allowed me to re-approach my earlier production technique and make it work now.

Why is making videos important to you?
To me the video helps to connect the audio part of my art to the visual -- it all forms part of a larger and fuller concept. Music and visual art form a more complete expression of what i want to communicate through my art. It can be to evoke an emotional response, from happy to melancholy, or to make someone experience an event and capture that moment through vision and sound. I have always felt that i have connected more with an artist’s music if I can also see what they are thinking as well as hear it -- it allows one to immerse themselves in the mind of the artist.

What videos by other artists do you admire?
I love how Daft Punk approach their videos, as well as Bjork - directors such as Michel Gondry and Spike Jones have created amazing visual worlds to connect to the music they represent. However I am even more excited to work with new and visionary directors and I am always searching for young and creative people. I think Sherif is definitely one of those rare talents who will become great - watch this space closely! 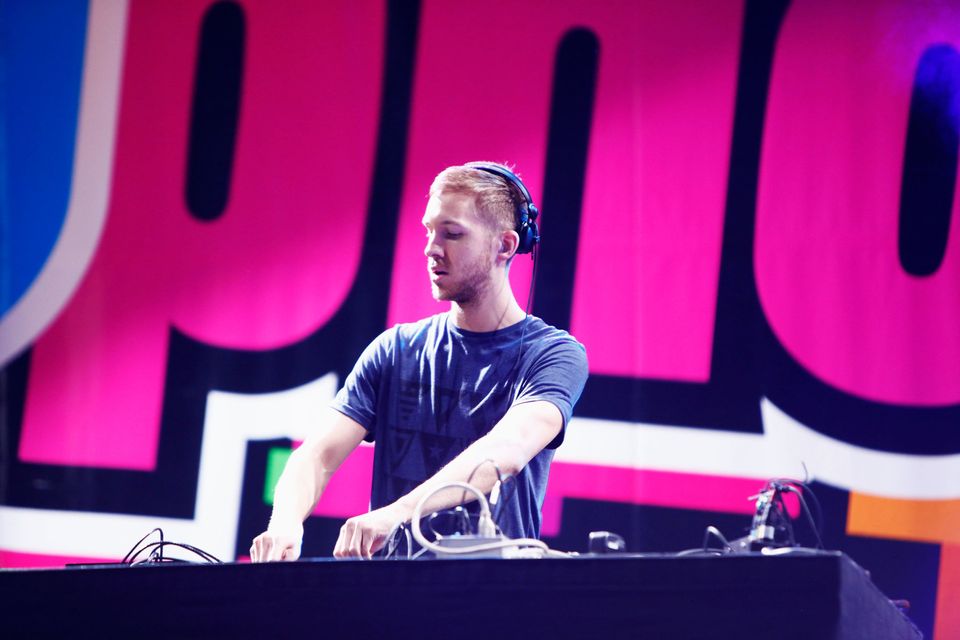