If you thought taxidermy wasn't weird enough already, have we got the exhibition for you! La Luz de Jesus Gallery in Los Angeles is hosting their Biennial Taxidermy show, in which the traditional art of taxidermy gets a surreal twist. The exhibition features 25 adventurous taxidermists who are bridging the gap between mad scientist and artist. We are certainly enthused, if not also a bit unnerved. You may never look at a squirrel the same way again.

Gaining popularity in the Victorian and Edwardian eras, taxidermy was a hobby designed to make dead animals look as if they were engaged in humanlike activities. Yet the traditional art of preparing, stuffing and mounting animals is just the beginning as animals are cross-pollinated, posed and enhanced. The resulting beasts look more like weapons or fashion accessories than stuffed animals.

Since the first "Rogue Taxidermy" show in 2005, traditionally taxidermists have not welcomed the new interpretation of the craft. They told the New York Times after a Minnesota exhibition: "The very fact that they're using the word 'taxidermists' is offensive. The National Taxidermists Association is an organization devoted to wildlife art - i.e., we reproduce nature to exact standards that represent the good Lord's work." Certainly these rogue taxidermists aren't too concerned with the laws of nature, it seems their only overlap is a mutual love of roadkill. 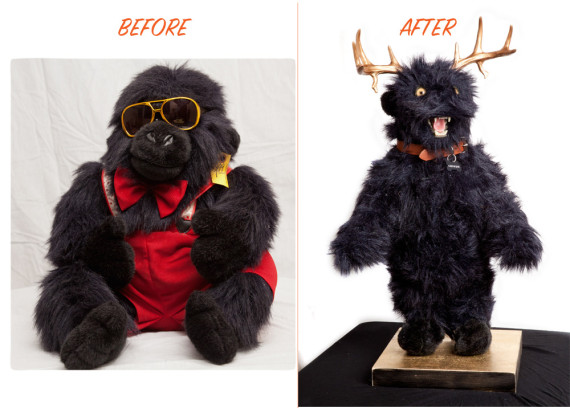 In "Chocolate Beast," a fanged mouth and buffalo horns emerge from an ornately frosted chocolate cake. "Sassafrass" takes a more self-referential approach to taxidermy, taxidermying an toy stuffed animal, giving it that unnerving Museum of Natural History posture. Humor, horror and style all play a role in this celebration of art's triumph over nature.

"Rogue Taxidermy" will show until May 27 at La Luz de Jesus Gallery in Los Angeles. 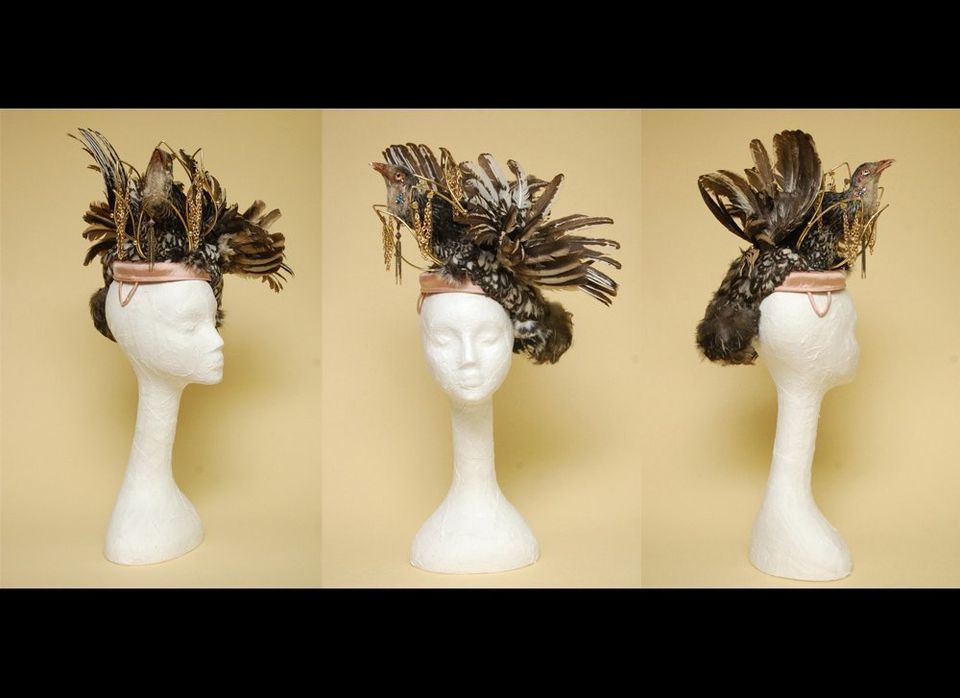