A 45-year-old Rohingya man decided to flee Myanmar’s Rakhine state this month when his home was set ablaze. His 14-year-old daughter was shot dead as he and his family ran from their house.

The man’s story shows that the campaign of violence against his Muslim minority continues, even though a deal to repatriate Rohingya refugees and Hindus from Bangladesh back to Myanmar is set to begin on Tuesday. Many of those who fled their homes are apprehensive.

“I’d rather be killed here than be returned,” the man whose house was burned told UNICEF from a refugee camp in Bangladesh, choosing to remain anonymous for fear of his safety.

He’s not alone ― Rohingyas continue to cross into Bangladesh by the hundreds, fleeing violence against them led by Burma’s military since last summer.

“They will slaughter us all,” Abd-us-Salam, a Rohingya refugee who is more than 100 years old and has fled three crackdowns in Myanmar, told Al Jazeera. “Please don’t send us back as bait for the monster.”

Bangladeshi and Burmese officials negotiated the repatriation deal without the oversight of the U.N. Refugee Agency, which typically assists in such situations.

The agreement would repatriate about 1,500 Rohingyas per week and house them in temporary transit camps in Myanmar as their homes are rebuilt. Yet without any international monitoring, international organizations worry these vulnerable people will be thrown right back into the misery they sought to escape in the first place.

“The bottom line is that refugees have to decide themselves when they feel it’s safe to go back, the process of the repatriation is safe and conditions on the ground make them feel safe,” Caroline Gluck, a U.N. Refugee Agency senior public information officer, told HuffPost.

Amnesty International called the repatriation deal “alarmingly premature” and pointed to conditions the two governments have set out in the scheme. For one, Rohingyas interested in returning are required to provide proof of citizenship, something the majority don’t have. In addition, the Burmese government hasn’t indicated it’s willing to change its stance on the Rohingya, a community it has viewed with disdain for decades.

A 15-year-old refugee boy who said he was shot in the arm while entering his house, and later had the limb amputated in the jungle, told UNICEF he would only return home if his rights were guaranteed.

“We will go back if we get recognized as Rohingya, and our property, cow and house back,” he told the U.N. child advocacy organization.

Another concern is that Rohingyas who have fled to Bangladesh haven’t been informed about the potential repatriations, said a UNICEF media and communications spokesperson.

They “absolutely do not want to go back,” the spokesperson said. “They’re full of fear. If you look at past scenarios where Rohingya people have been returned, it has led to more persecution.”

The U.N. Refugee Agency hasn’t seen a list of people planning to return, according to Gluck.

More than 655,000 Rohingyas have fled Myanmar since August, when the Burmese military reignited a crackdown on the religious minority after Rohingya militants reportedly attacked several police posts. Rights groups have accused authorities of summary executions, as well as widespread rape and torture that amount to ethnic cleansing. More than 40 villages have been completely razed, Human Rights Watch determined.

The repatriation process, if it begins next week, would take an estimated two years, Gluck said. The U.N. Refugee Agency and other aid organizations plan to remain in Bangladesh as long as their assistance is needed.

“They still need services, they need access to health, they will need food and water,” Gluck said. “This is still a long-term operation.” 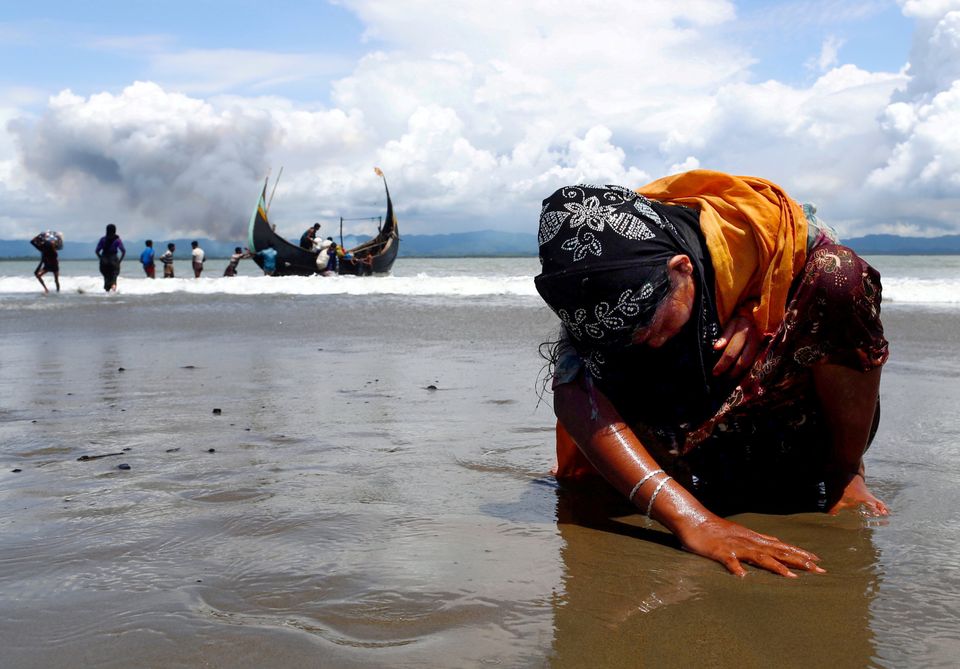