Rolling Stone is crossing over.

On Friday, for the first time in its 45 years, the magazine published a special Spanish-language section on Latino music and the cultural figures that presently influence the over 50 million Hispanics in the United States.

Daniel Craig’s 007 may be the face of the Nov. 22 issue, but a flip to the back of the magazine will reveal a secondary cover featuring crossover rapper Pitbull. 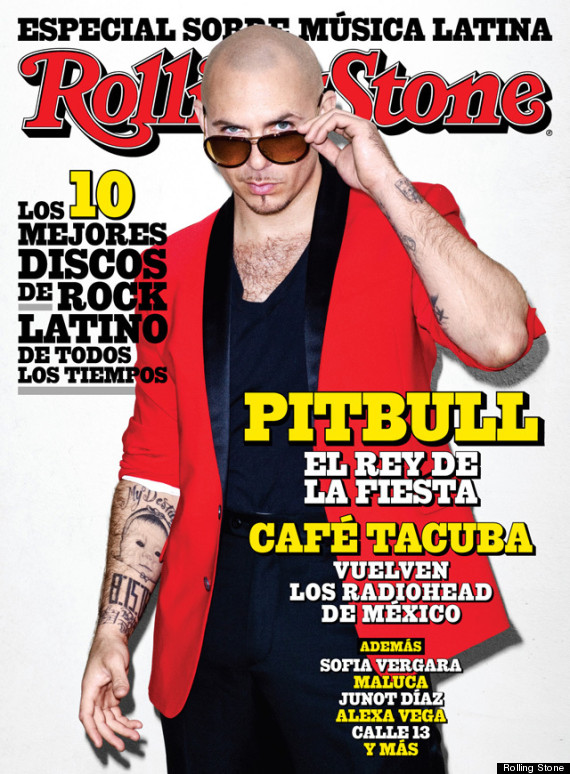 Donning a bright red blazer and signature shades, “El Rey de la Fiesta” (The King of the Party) covers the special 15-page section which centers around the “10 Best Latin Rock Albums of All Time” as well as the work of Dominican Pulitzer-Prize winning novelist Junot Díaz, Puerto Rico’s hip-hop duo Calle 13, and Colombian actress Sofia Vergara, among others.

Seventeen percent of Rolling Stone magazine’s readership is Latino, according to GfK MRI audience research reported in the New York Times. With that in mind, the magazine filled their unprecedented section with articles written in English and Spanish interview sidebars with no translation attached.

“The whole idea of the content being in both English and Spanish is that the acculturated Latino is using both Spanish and English in the house and outside of the house,” Matt Mastrangelo, the publisher of Rolling Stone, told the New York Times.

An April 2012 study by the Pew Hispanic Center surveyed language use among Latinos and found that among adults 38 percent were classified as bilingual, while the same percent were Spanish dominant and 24 percent were considered English dominant.

Executive vice president and managing director of Lapíz, a Chicago-based multicultural ad agency, Gustavo Razzetti told NBC Latino the idea of a Spanish section was born out of talks between Mastrangelo and Lapíz about producing concerts and events with the magazine. Apart from its bilingual editorial content, the section also included Spanish-language ads created for the occasion--three of which were placed by Procter & Gamble brands represented by Lapíz.

“We decided to go a step further and create content that celebrates Latinos and the crossover that Latin and American cultures are experiencing right now,” Razzetti told NBC Latino. “You can check out the magazine and see Daniel Craig or you can flip it over and see Pitbull. For advertisers in the past, there was one door for Latinos and another for the rest of the market, but this magazine represents that there’s one single world with a door each for Latin culture and one for mainstream culture – and Latinos have the power to access that world however they choose.”