Despite the message of one of their most famous songs, "You Can’t Always Get What You Want," the Rolling Stones' massive success would seem to indicate otherwise. The English rock band formed in 1962 and became one of the most popular bands of the '60s in just a few years. Known for their bluesy vocals and daring nature, there were also few fashion trends they didn't try, from bright kneepads or sequined jumpsuits.

47 years ago today (on Apr. 15), the Rolling Stones released their fourth British studio album, "Aftermath." In this 1966 photograph we see Brian Jones, Mick Jagger, Charlie Watts, Keith Richards, and Bill Wyman just a few months before it dropped. The boys pose comfortably for the camera, all in outfits that reflected distinct personal style. And though it might have been almost 50 years since their heyday, the Stones' fashion is still totally relevant -- get a load of those skinny pants and ties. 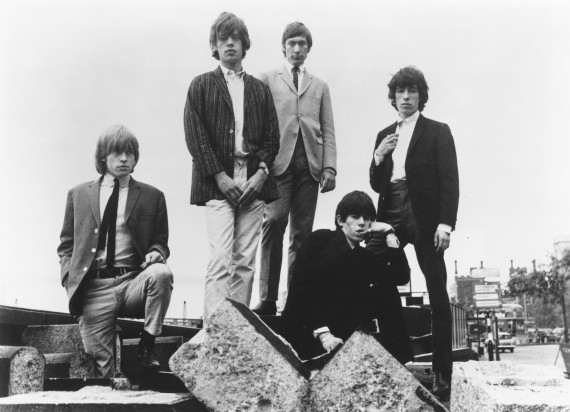 Check out more photos of the Rolling Stones through their career:

Rolling Stones Through The Years