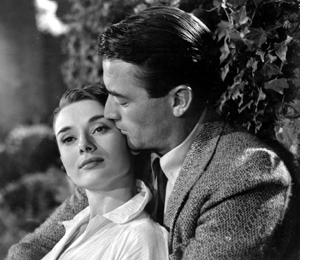 As we know, eternal vigilance is the price of liberty. And no one helps us maintain our liberty vigil better than Hollywood.

If you ever feel that your DEFCON level needs a turbo boost, I recommend that you check out Trumbo. It's a movie that warns us of a past threat with present tense implications.

The threat I am referring to, of course, is the dreaded red peril of communism.

Trumbo rewinds history to 1947, when screenwriter and communist party member Dalton Trumbo was blacklisted by Hollywood after being found in contempt by the House Un-American Activities Committee (HUAC). Denied work by Hollywood studios, Trumbo began writing scripts under fictitious names in order to keep his family afloat. Two of those shadow screenplays won Oscars, including The Brave One.

Though HUAC feared that Trumbo scripts laced with Kremlin propaganda would spell curtains for the free world, America somehow managed to survive Roman Holiday. We can only surmise that Audrey Hepburn's delivery must have been off.

Communism eventually fell out of vogue with the demagogues. Now Muslims and Mexicans are the rage -- this despite the fact that only 25 Americans have been killed by foreign-born terrorists since 9/11, compared with 451 killed by lightning strikes and over 165,000 who have been shot to death by other Americans in the same period. Facts notwithstanding, Muslims are the new clear and present danger, intent on total annihilation. If there are any Americans left standing after the Muslims get through with us, Mexicans will surely take our jobs.

Some of those Muslims we've been warned about come from Iraq, where they make their own movies about the threat of foreign terrorists. In those films, a superpower invades their country in 2003, resulting in the deaths of half a million Iraqi men, women, and children -- 1.5% of their country's population.

Those films are so popular over there that they have their own genre -- they're called "recruitment videos."

Back here in the states, another screenplay is being written -- this one is about another fearful time in America when a man rises to power by blaming our troubles on brown-skinned people who threaten to kill us all. The protagonist promises to protect us from harm by building walls, deporting our enemies found inside the wall and bombing those on the outside. The script does not yet include the main character's name - several men are auditioning for the lead role. Their delivery varies though the lines are pretty much the same.

In the early months of 2016, while these presidential candidates have stumped to warn us of the urgent threat of foreign killers, the number of Americans who have actually been killed by those terrorists in that period is exactly zero. By the end of March 2016, the number of Americans who will have been shot to death by other Americans will be around 2,800 - roughly the same number that died in the Twin Towers on 9/11. Whether or not Muslims will kill as many Americans by the end of March is uncertain -- when it comes to killing Americans (and Muslims), the U.S. sets a high bar.

It feels like we've seen this movie before - the one about opportunists scaring the crap out of us for political gain. They know it's a worn script, but they keep right on reading it because Americans never get tired of remakes of that B-movie about those foreign devils coming to kill us -- any time now.

Those devils probably will kill some of us, though not nearly as many as we kill ourselves.

In "The Tempest," Antonio encourages Sebastian to kill his father by telling him "what's past is prologue." Yet past isn't really prologue to the story - past is the actual story. We've seen this movie before, and we know how it ends.

We could all spare ourselves a really bad film about 2016 by foiling the plot today before that picture ever gets made.