Roman Polanski, 76, is a very famous man, and sometimes for having experienced unfathomable tragedy. Though he escaped Poland during the Nazi occupation, his mother was killed at the Auschwitz concentration camp. In 1969 his pregnant wife, actress Sharon Tate, was butchered at the savage hands of Charles Manson's murderous disciples.

Polanski's also known great success as the brilliant director of several acclaimed films including Rosemary's Baby and Chinatown. But let's be very, very clear about one thing: none of the above has anything to do with the fact that he raped a 13-year old child, nor should his life experiences be used, as some are suggesting, to excuse this despicable act and keep him from being extradited to the United States from Switzerland, where he was arrested days ago, and ultimately jailed. 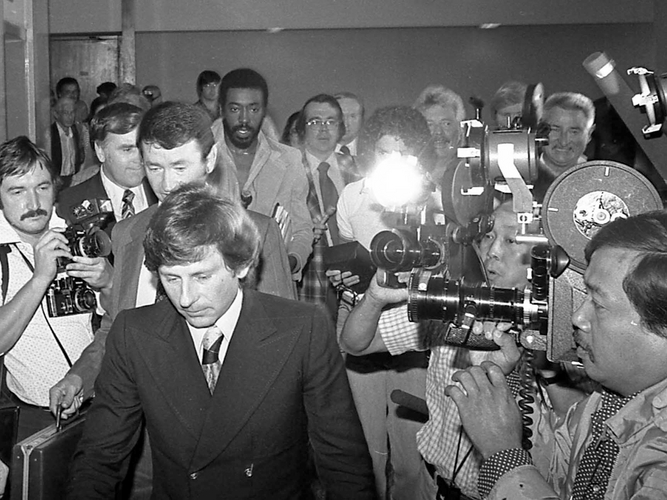 Back in 1977, the then-44-year-old Polanski pleaded guilty to "unlawful sexual intercourse with a minor," 13-year-old Samantha Geimer. He was sent for psychiatric evaluation and released after a 42-days, after which he fled to France fearing imprisonment. He's had an arrest warrant outstanding since 1978.

I'm sorry, but it should not matter how horrifically he or his family has suffered; how talented he is; how much time has passed; or who has "forgiven" him, as his now-45-year-old victim has done publicly. He's an admitted rapist; an on-the-lam coward who's thumbed his nose at the law for over thirty years.

Is there really any debate here? Are there really two sides to this story? He raped a child, for Pete's sake. He plied her with drugs, alcohol, and sodomized her. This was not "consensual sex," as a 13-year-old is neither old enough or mature enough to engage in such acts. In America we have laws against 44-year-old men drugging and raping little children. It's absolutely unconscionable that anyone would imply that his cinematic accomplishments should be reason to cut him slack. How dare they. It's time that Polanski pay the price for what he's done. And, he should now serve even more time for fleeing our criminal justice system. The ultimate message from this case cannot be, "make some great films and we'll let you rape kids without punishment."