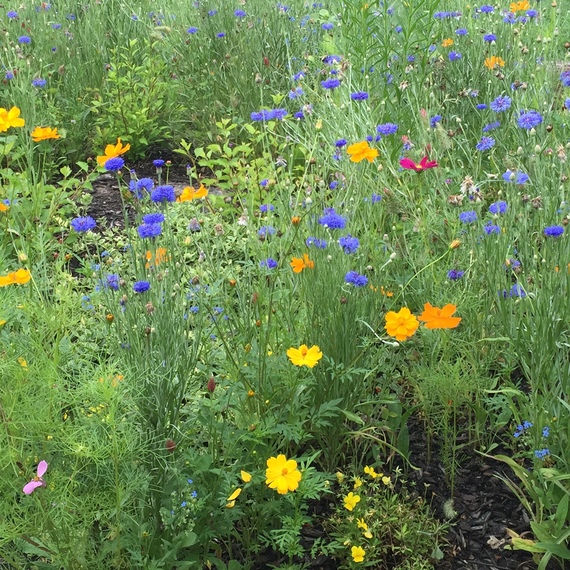 Meeting someone who turns you on or gets your attention is at least partly because of "sex scent signals." "Airborne chemical messengers" that, well, demand a reaction, despite our best efforts to remain cool.

They go on to report that men and women respond to smells "differently."

I'm not sure we needed any more research on this.

CBSMiami tapped Smell Dating recently for a segment, where participants took whiffs of "only a small swatch of a smelly T-shirt." The results surprised the New York art project where the concept originated.

"Pheromones are unconscious smells that we process," Dr. Paul Zak. told the network.

Is the inexact science of "sex scent signals" part of the "lightning strikes" phenomenon that can hit you out of nowhere? The perfume industry certainly thinks so and some of their customers would swear by it.

The alchemy of attraction and arousal isn't a single formula.

It acts like the supporting actor in a film who walks in and steals the scene.

You're having a conversation with a guy about the opening week of football season or a woman about her work, but for some reason, you're not hearing the person because you're intoxicated. When the object of your attraction shows passion for something and shares it with you, part of what's being communicated turns aromatic.

Sometimes sex scent signals aren't immediately triggered, something else is.

Ever meet a man to whom you're immediately drawn, while at the same time there's an attitude about him that forces you to hesitate? Yet every time you come within close proximity of him you feel your temperature rise. Can he can smell the release of perfume from your pores, natural or bottled?

Sometimes you can want to throttle a man and see him naked all at the same time.

It can take a while to figure out, sort through what the sex scent signals are saying and where it's taking you.

The "airborne chemical messages" we transmit can be ignited by a million different circumstances and manifest in innumerable ways. What lingers is the intense feeling that takes hold, seemingly out of nowhere, to confound our intellect and defy our ability to resist.

Romance authors siphon this experience onto the page, which is why it's a billion dollar industry today.

If the author understands what "sex scent signals" feels like, he or she has a chance of transporting their reader. Stirring arousing flashbacks, wistful remembrances, and fantasies to satisfy. The best bringing awareness to the reader about what each of us deserves which means refusing anything less.