Pick up a brand new title at the nearest bookstore, crack it open to any page at all (we don't suggest skipping the exposition, which is usually rife with unnecessary metaphors), and get sipping:

Take a sip if the book has a weirdly specific title explaining the entire story, e.g. The Homecoming Queen Gets Her Man or The Desert King’s Housekeeper Bride or The Fireman’s Ready-Made Family.

Take a long, sad pull on your drink if your book exoticizes and others a racial, ethnic, or religious minority in the U.S., e.g. Sold to the Sheikh or Savage Dawn.

Take a drink every time the stunningly beautiful female protagonist’s eyes are described as an unnatural, and arguably inhuman shade, e.g. “Her deep gaze, the color of midnight sky” (The Millionaire's Waitress Wife).

Take a sip (JUST a sip, we don’t want you passing out after one chapter) each time a horrible pun or wordplay only tenuously related to the book’s theme is used, e.g. “Now that he’s off the field, he’s ready to tell all about when he played the field" (Back in the Game). Or, from a figure-skating romance: “I love you, Madelyn Spier. I am hopelessly, endlessly, head over skates in love with you” (The Boy Next Door). 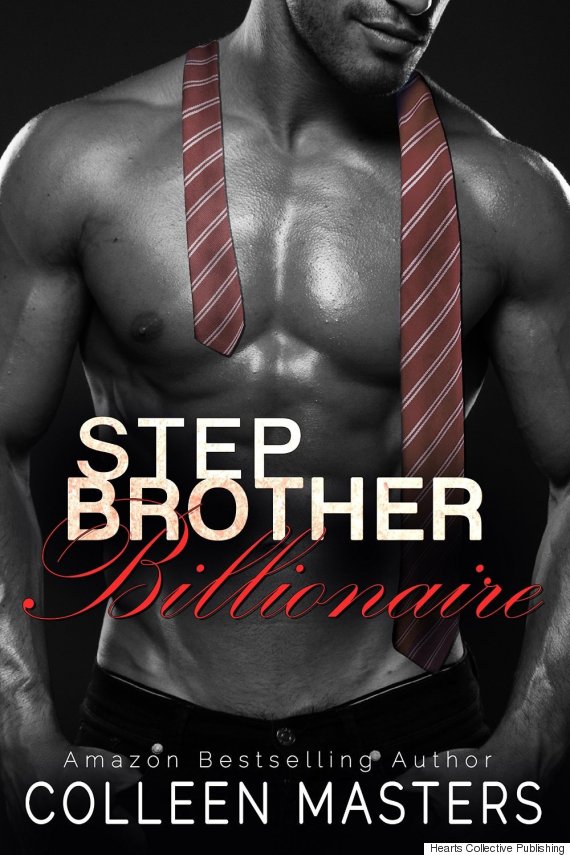 Take a shot of goldschlager if “billionare” is in the book’s title, e.g. Stepbrother Billionaire, One Night With a Billionaire or No Ordinary Billionaire.

Take a shot if the romance hinges on a ridiculously improbable sex or romance “contract.” For example: “‘You’ve got thirty days to win me over. And I mean it. I want to be wooed, Tyler [...] At the end of thirty days,’ she continued, ‘we’ll decide how we feel about each other’” (Thirty Days to Win His Wife).

Take a long swig if one of the leads is given a complicated, tragic backstory to create character depth. Finish your drink if both leads have a tragic backstory. E.g. “He’d sworn he would never enter into a real relationship again, let alone marry again [...] She’d walked away from him without so much as a backward glance. And then he hadn’t been there fast enough to save his three-month-old baby from the fire her mother had started” (Her Unexpected Hero).

Take a sip of hard liquor if the male love interest could be described as a lone wolf, e.g. “Cold. Untouchable. Forbidding. Those words described Jackson Whitman perfectly. It was the way he wanted to be viewed. It was safe -- it protected him. After the loss of his daughter, he was done. Done with love” (Her Unexpected Hero). Or: “I like to keep things light. At fun-level. Sex level [...] I’m not interested in anything deep or lasting or even... real. Chloe ruined that for me. She destroyed the part of me that ever wants real again” (Rebound).

Take a shot if the male love interest is actually described as a “lone wolf,” e.g. “He’s somewhat of a lone wolf” (A Hunger So Wild); or “Such is the case with my Lone Wolf, pack protector Anton Beck. Still mourning the loss of his sister...” (Lone Wolf). 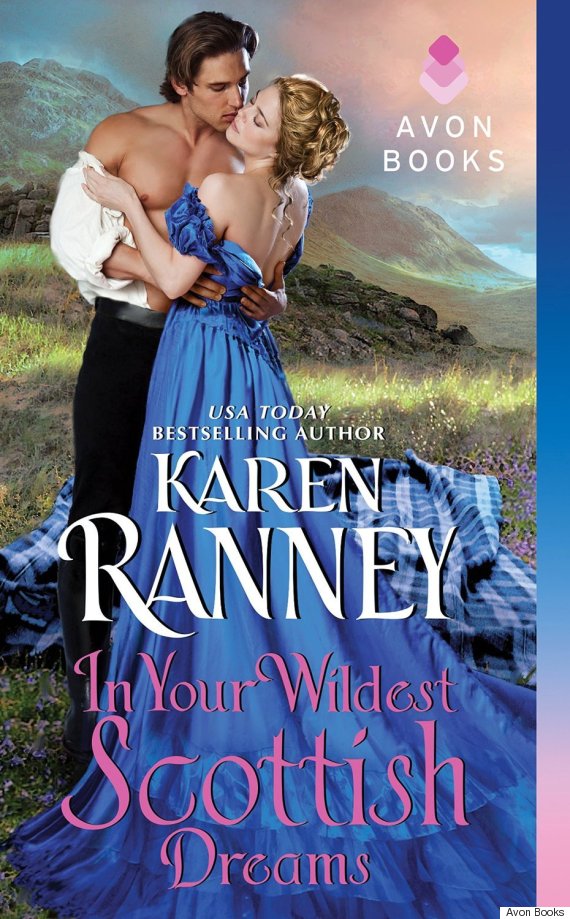 Take three sips if the love interest's name could easily have "The Third," affixed to it, e.g. "She's not going to let anything stand in her way, not even a forbidden romance with her boss Ridley Dresden [III]" (Frostfire).

Take a demure sip if the heroine is virginal and inexperienced, e.g. “Here she was, twenty-four years old, just out of a terrible relationship with her one and only sexual partner, and still incredibly naive when it came to the nuances of sexual behavior" (Her Unexpected Hero).

Take a sip if the heroine doesn’t know how beautiful she truly is, despite being slender and/or curvaceous and conventionally gorgeous. “I drop my head, look down at my small chest and barely-there hips. They’re advantages for skating. But for other things?” (The Boy Next Door)

Take a big gulp each time one of the lead’s body parts is compared to food in a misguided attempt to sound sexy, e.g.: “[W]hy was he so fascinated by her tits? They were no bigger than peaches, but they were round and high and firm and he found himself craving peach cobbler something fierce” (Back in the Game); or: “His buttocks were each the size of a perfect round loaf [...] She wanted to knead him” (In Your Wildest Scottish Dreams).

Take a drink each time the author uses the word “worship” or “claim” to describe mundane sex act, e.g. “His lips were on her breasts again, worshipping them.” (In Your Wildest Scottish Dreams). 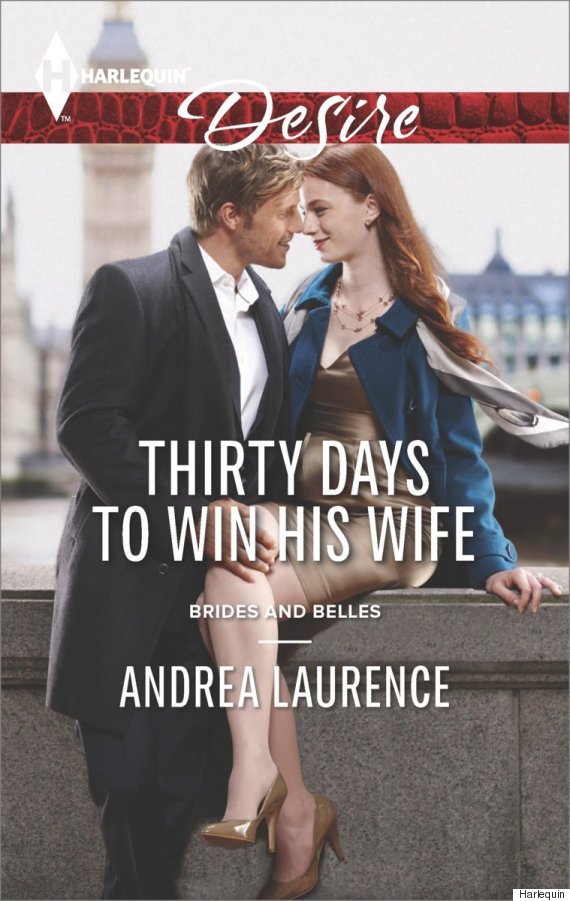 Take a tequila shot with a big pinch of salt every time either lead claims he or she will die without having sex with the other, e.g. “She felt a hunger as elemental as that for food or water. She had to have him or die. He had to be inside her, making her whole” (In Your Wildest Scottish Dreams).

Take a drink if either lead states that the other is the only person in the entire world capable of sexually satisfying him or her, e.g. “And there was no one other than Jackson capable of bringing her body such pleasure” (Her Unexpected Hero).

Take a shot for every simultaneous orgasm.

Finish your drink if the playboy male lead suddenly discovers a deep capacity for commitment and monogamy because the female lead is somehow both alluringly sexy and tooth-achingly sweet, all rolled into one eternally satisfying package, e.g. "That's when he knew that he truly wanted more. And he'd been wanting it for a long time, but admitting it felt too much like walking off a cliff. Until now. Until Breeanne" (Back in the Game). Or, “It was never about two weeks. It was never about the word girlfriend. Hell, it wasn’t even ever about sex. It was always about Mad. I couldn’t ever make another relationship work because my heart’s always belonged to Mad.” (The Boy Next Door).

10 Books That Are Dying For A Sequel