By Emily Temple for Flavorwire:

It’s the season of romance, and you know what that means — you’d better start gearing up to give that special someone a stars-and-fireworks-worthy kiss come February 14th. So like any other book nerds, we can’t help but think about our favorite literary romances — and in particular, our favorite literary makeout sessions — to give us a little divine inspiration. After all, there’s nothing more romantic than that most elemental of expressions of affection, and who could paint it better than the likes of Shakespeare, Nabokov and Byron? So if you’re looking for a few ideas (or just some steamy bathtub reading) this Valentine’s day, click through to read through ten of the greatest kisses in literature — and since there are of course many more than we listed here, be sure to let us know which characters’ lip-locks make your own hearts flutter in the comments. 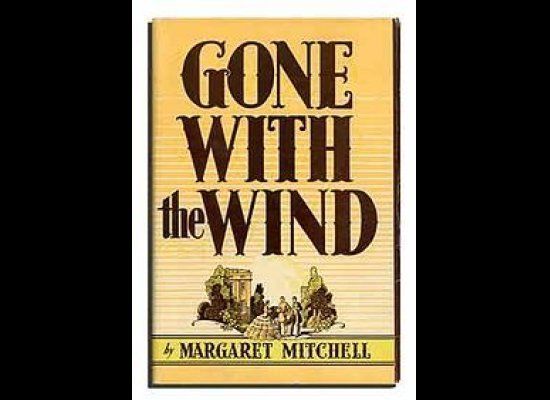 1 / 10
Scarlett O'Hara and Rhett Butler in "Gone with the Wind" by Margaret Mitchell
<em>For the sheer audacity of Butler, and for how much we wish he'd sweep us off our feet as well.</em> "Scarlett O'Hara, you're a fool!" Before she could withdraw her mind from its far places, his arms were around her, as sure and hard as on the dark road to Tara, so long ago. She felt again the rush of helplessness, the sinking yielding, the surging tide of warmth that left her limp. And the quiet face of Ashley Wilkes was blurred and drowned to nothingness. He bent back her head across his arm and kissed her, softly at first, and then with a swift gradation of intensity that made her cling to him as the only solid thing in a dizzy swaying world. His insistent mouth was parting her shaking lips, sending wild tremors along her nerves, evoking from her sensations she had never known she was capable of feeling. And before a swimming giddiness spun her round and round, she knew that she was kissing him back. "Stop-please, I'm faint!" she whispered, trying to turn her head weakly from him. He pressed her head back hard against his shoulder and she had a dizzy glimpse of his face. His eyes were wide and blazing queerly and the tremor in his arms frightened her. "I want to make you faint. I will make you faint. You've had this coming to you for years. None of the fools you've known have kissed you like this-have they? Your precious Charles or Frank or your stupid Ashley-" "Please-" "I said your stupid Ashley. Gentlemen all-what do they know about women? What did they know about you? I know you."