Shadow Mountain Publishing debuted its new spin on the Romance novel recently -- the brand "Proper Romance," a line of "No-Sex" Romances, and its enchanting debut title Edenbrooke by Julianne Donaldson [$15.99].

While "No-Sex" and "Romance" might seem incongruent, especially given those bodice-ripper covers we've come to know so well, Edenbrooke has proven itself to be a winner right out of the gate. Released this spring in trade paperback, the book has already received a coveted starred review from Publisher's Weekly and has been designated "delightful and completely engrossing."

Whether we've thought, "oooh," "yuck," or "ho hum" about Romance, this genre, translated into 90 languages, is a publishing economic force to be reckoned with. Romance Writers of America reports sales volume of $1.4 billion last year (yes, that's the "b" word), and the consumer group for this product, women aged 30-54, is becoming more financially powerful by the minute. Add to this the fact that this genre has been morphing over the years to adapt to readers' changes in taste with an amazing flexibility (from Jane Austen's work to Regency period books with men in breeches that inspired Edenbrooke to Stephanie Meyer's Twilight), and one can easily appreciate the staying power and growth potential of the genre.

"There are two new trends we're seeing," Heather Moore of Sourcebooks says. "The first is small town/Main Street romance and the other is 'steampunk.' Steampunk Romances are set in Victorian era Britain or in the Wild West era of the U.S. when steam power was widely used. These incorporate elements of science fiction or fantasy." And yet again the genre is expanding.

As for the "love" aspect of Romance, C.S. Lewis wrote that there are four kinds: storge/"affection," philia/"friendship," eros/"romance," and agape/"unconditional." Lewis throws the "sex part" in as an afterthought, calling it simply "Venus." At one end of the spectrum is the "No-Sex" Romance, and at the other are books like the recent surprise bestselling erotica trilogy Fifty Shades of Grey.

As for the lust side of Romance, Rabbi Schmuley Boteach, host of Shalom at Home and author of the marital guide The Kosher Sutra: 8 Sacred Secrets for Reigniting Desire and Restoring Passion, took a look at this topic recently when prompted to address the sales phenomenon of Grey.

"I think the pendulum has swung as far as it can in the erotica direction," Edenbrooke author Donaldson says. "What was once exciting for readers is getting a little old, and a lot of readers are ready for something different." Affection and fidelity are utmost in the Regency reads, and a kiss on the cheek, a touch on the hand, are enough to inform characters- and readers.

"In the case of Edenbrooke," Donaldson says, "it's the romance of restraint, and the passion of unfulfilled longing... I am not saying every romance should be like mine, but I am saying that there should be room for a variety, and before now, that was very difficult to find outside of the inspirational category."

It's worth noting that, while there might be a religious component to some of the Romance books, more and more purchasers of general Young Adult titles, both retailers and librarians, are seeking "No-Sex" Romances. Again, as with Romance, numbers here are impressive: The Association of American Publishers reports that the Young Adult category saw a 61.9% increase in sales from 2010 to 2011, and in 2012, eBooks in the combined Children's/YA category saw a 475% increase.

"I am always looking for 'No-Sex' romances," Kristie Revicki, Teen Librarian at the Suffern Free Library, says. "And we get a lot of adult readers looking for YA Romance, too, especially paranormal and dystopian- you know, those stories where the collapse of society is only slightly more important than the romance." Revicki reports that her reading population also includes the Hasidic community, another reading group interested in the "No-Sex" stories.

"A lot of preparation went into the creation of the 'Proper Romance' brand," Heidi Taylor, Publishing Manager and Acquisitions Editor at Shadow Mountain Publishing says. "We worked in partnership with (Donaldson's) agent who is very familiar with the Romance genre and was able to give us a feel for how big this 'niche' audience really is." The publisher did brainstorming sessions, tested stories with readers, and were then ready to launch their "Proper Romance" umbrella. The end result was what Taylor calls a brand of "clean, smart, engaging, romantic stories that will never embarrass the reader."

"Edenbrooke has already exceeded our sales expectations," Taylor says. "We are well into our second printing, and we've received multiple offers on the film rights."

Fans will be eager to see who plays (spoiler alert) handsome, smart, thoughtful, caring Philip, a character who not only falls head over heels in love, but also takes care of some bad guys in defense of his love interest's honor. And that, in many reader's opinions, is even better than sex.

Here are some books that fall under the "No-Sex Romance" category: 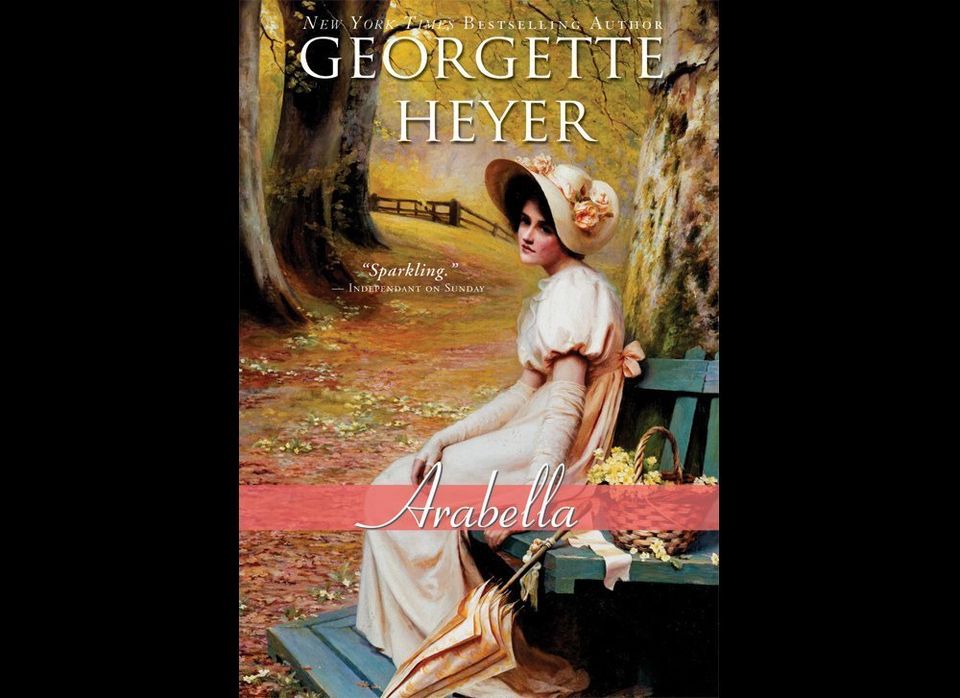