Girl enters coffee shop. Orders intricate-sounding latte. Rushes off toward very important meeting only to run smack into a tall, strapping man casually strolling through the door. Their eyes lock, coffee flies all over his white T-shirt, and 90 minutes later they're walking down the aisle as the film rolls to credits.

"[Romance] is a really rich and complex genre that is often written off as chick flicks, like they don't mean anything," Dr. Michele Schreiber, an Emory University professor and author of American Postfeminist Cinema: Women, Romance and Contemporary Culture, told The Huffington Post.

"I think [women] recognize the degree to which once the narrative is recognized as a romance, it brackets off or eliminates [attention toward anything else]," she said. "You're so focused on that romance narrative resolving itself that it brackets off any other things that you might notice or appreciate or think through about that woman's life."

Narratives that focus on a woman's love life to the exclusion of everything else are pervasive (just run a simple Bechdel Test for evidence). And with a notable lack of other types of female-led arcs, they make up the vast majority of representations of women's lives we see on screen.

HuffPost Entertainment spoke with Schreiber about the impact of romance narratives, the state of women in the film and TV industries and how increased representation is essential to progress. 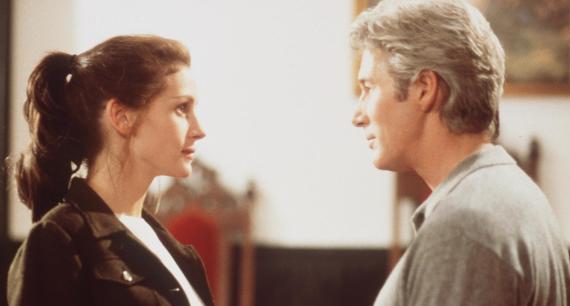 While Schreiber doesn't think viewers are duped into believing rom-com narratives wholeheartedly, she does say they can influence real-life expectations. Some films subtly convey the idea that rom-com fantasies can happen by showing characters who watch and comment on romantic comedies within the films then achieve their own happy endings. Even the protagonist of 2011 film "Friends with Benefits" -- who openly scoffs at the rom-com within the rom-com -- ends up living out an almost identical narrative by the movie's end.

"First they laugh at that film as the romance film within the film," Schreiber said. "But then the film that they're in eventually resolves itself in a similar fashion."

But in real life, those movie endings are rare. According to Schreiber, evidence that the rom-com fantasy hinders real women's relationships can be found in popular self help books.

"It's really remarkable how many self help books aimed at women talk about how toxic romantic comedies are, and how they need to rid themselves of the ideas of romance and men that they see in romantic comedies if they want to find long-lasting real life love," said Schreiber. 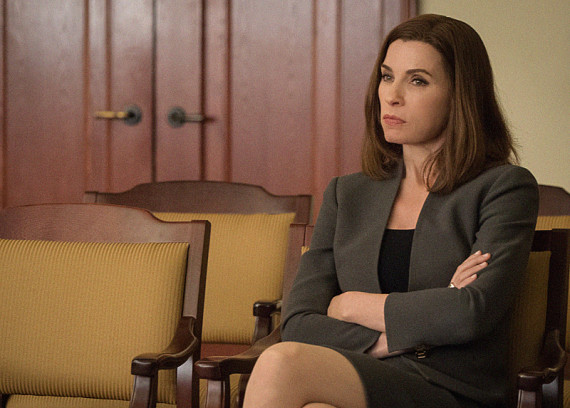 "Strong female character" has become a buzz phrase in conversations about improving two-dimensional representations of women in film and television. But Schreiber (similarly to Sophia McDougall at New Statesman) stresses the need for complication rather than perfection.

"I think one of the misconceptions that a lot of people have about feminist critiques of mass media is that we're looking for all positive," Schreiber said. "But I think what we see is positive is complexity. We want complexity and diversity. We want women characters that reflect the complexity of actual women. Not all women are awesome and positive, you know?"

As Tasha Robinson wrote at The Dissolve, adding so-called positive female characters who don't actually have substance into films isn't helping to solve the lack of representation. "[It] isn't actually a feminist statement, or an inclusionary statement, or even a basic equality statement," Robinson wrote, "if the character doesn't have any reason to be in the story except to let filmmakers point at her on the poster and say 'See? This film totally respects strong women!'"

The films from what many would consider the "golden age of the rom-com" (which birthed "When Harry Met Sally" and "You've Got Mail") contained conflicting messages about women's lives. 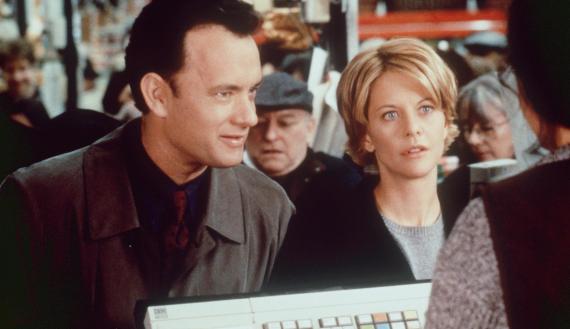 Schreiber groups romantic films ("primarily comedy but also dramas") from the early '80s through, roughly, the first decade of the 21st century, into a cycle which she says conveyed conflicting messaging about women's lives.

"I don't think any of this is conscious on the part of the filmmakers, but I think nobody knows what to do with women after feminism," Schreiber said. "There's this desire to tell these timeless romantic stories, but to tell them in that era you need a woman who has benefited from feminism, who is a career woman who has interests and things going on in her life other than her romantic relationship."

"Those films contain a lot of potential contradictions," she continued. "Which isn't to say that feminist politics are somehow in opposition to romantic love. I'm just saying that to tell a woman that she can be independent and professionally successful and put off long-term partnership for a long time, and childbearing if she chooses to have children, but then put that woman in a traditional romantic narrative is kind of telling two stories at the same time."

While Schreiber believes that particular cycle is over, she's concerned that the contradictory representation may be followed up by no representation at all. "I don't think you're necessarily seeing [traditional romantic comedies] replaced by a lot of female-driven films of any genre," she said.

The film industry should be taking cues from TV.

To see more complex, realistic renderings onscreen, representation behind-the-scenes needs to change. "More diversity overall -- in gender and in race and ethnicity and sexual preference -- that can only be a good thing," Schreiber said.

The current TV landscape is a step in the right direction, as increased numbers of women working as writers, directors, and show runners have led to well-rounded female characters on shows like "Girls," "The Good Wife," "Broad City" and "Scandal."

"Over the last twenty years you've seen more television with the proliferation of basic cable and premium cable. There are more creative opportunities available," she said. "I don't want to suggest I think that its easy for women to break into television. It's still largely a male-dominated medium. But I think that obviously you're seeing more representation of female creative personnel in TV than film."

It's also easier for television shows to more fully incorporate non-romantic elements of women's lives into story lines, and explore conflicts in romance narratives that wouldn't fit into a traditional romantic comedy.

"The narrative of television shows take place over such an extended period of time that [relationships] do [resolve], but it takes a really long time so that happy ending takes on different meaning," Schreiber said. "Sometimes it seems like a relationship on a television show has come to its solution, but it's not necessarily the ending because something can come into play that can disrupt."

Where Schreiber does see hope for the film industry is in new production companies, such as Reese Witherspoon's Pacific Standard, which focus on bringing women's stories -- only some of which include romance -- to the screen.

"[Witherspoon] was very successful this year," Schreiber noted, "doing both 'Wild' and 'Gone Girl,' so I think the fact that there are people doing that in film, and doing well at that in film, hopefully will bring good future prospects."