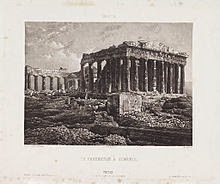 What is the point of travel? People do the Terracotta Warriors, the Forbidden City and the Wall when they go to China. You go to Jordan for Petra, India for the Taj Mahal and the Ganges, Cambodia for Angkor Wat, Rome for the Pantheon. Angkor what? remarks the jaded tourist. But what really is the experience of these countries? You begin your journey out of one of the big international hubs like JFK by being informed there are over 20 planes head of your on the queue. The flight is uncomfortable and it's hard to sleep even in premium economy since the person in back makes no secret of how discomforted they have been made by your seat going back an extra two inches. You're jet lagged when you start, jet lagged throughout the trip and arrive home from your "vacation" totally jet lagged. Then there's the experience of modernity which is now ubiquitous. Yes China and Cambodia both sport wonders of the world, but they also have McDonald's and KFC which line the roads as you navigate your way from the airport, with its familiar Hertz, Avis and Budget Rent-A-Car signs to your hotel. It's comforting to know Dunkin' Donuts is everywhere but do I have to fly 6000 miles to have a bran muffin and American coffee when I should be forcing myself to imbibe the more authentic espresso or cappuccino and croissant en Paris? You can get drunk on familiarity even in the most far away places. It used to be that Americans would indulge their homesickness by buying an overpriced drink Harry's Bar in Venice, Paris or Rome, but now there's no need for an expensive tourist hangout when your Big Mac is to be had right around the corner. All the trappings are there and the people with their iPads and phones even speak a patois that's so filled with Americanisms, that they're argot doesn't seem that far from a Boston accent or southern drawl. The difference between being is simply that it's a little more uncomfortable. People are living lives remarkably similar to the one you live back at home, only you're an outsider (without the comfort of a web of friends and connections), who is constantly forced to ask strangers for directions to the nearest Metro or Underground stop.

{This was originally posted to the Screaming Pope, Francis Levy's blog of rants and reactions to contemporary politics, art and culture}