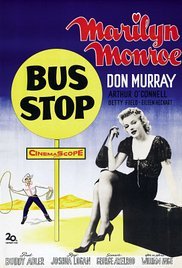 Truffaut wrote The Last Metro and that means of transport is a defining character of Parisian life, just as London is hard to imagine without it's Underground, famous as a refuge during the bombing of Britain. Rome has a subway called the Metropolitana, but it doesn't pervade the city the way the Metro and the Underground do in Paris and London. There are really just three lines in Rome, the A, B and the C and they seem like imposters who have come late to the show. If you want to experience the life of the populace, commuting back and forth from work, regaling themselves on weekends or sneaking off for afternoon trysts then you have to ride the buses. A central point of convergence for many bus lines in Rome is Roma Termini, where a huge lot of buses sits in the shadow of the spare modernist structure outside the train station that's several blocks down from the Piazza Repubblica. On a winter's night the riders queue up, huddling in the darkness, waiting impatiently for their particular bus to come. There are signposts which list the numbers of the buses with the lines of passengers diminishing as the buses come for those going to each individual destination, leaving increasingly fewer straphangers behind. Standing on line for a bus at Termini might bring back the feeling of being a small child waiting to be picked up by a parent who's perpetually late--as the knot of those classmates left behind grows smaller and smaller.