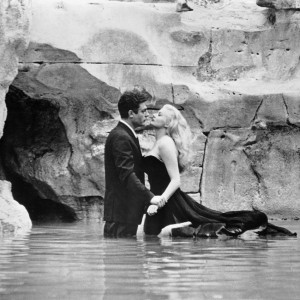 Rome is famous for its fountains amongst them of the Trevi (the sight of a famous plunge by Anita Ekberg and Marcello Mastroianni in La Dolce Vita), the Fontana delle Tartarughe in the Piazza Mattei, and the Fontana dei Quattro Fiumi in the Piazza Navona. But there's another kind of fountain that can be ubiquitous in Rome depending on the season, and that's the fountain created by gastroenteritis and that can be located by listening to the moans coming from behind doors of hotel rooms occupied by tourists to the city. When these waters are sprouting, in their Piazza da Toletta, a more apt comparison might be made comparison to Mount Vesuvius. In Mexico a related syndrome is known as Montezuma's Revenge. This has been a bad winter for stomach ailments and one wonders what the effect on the restaurant business has been. Apart from the antiquities one of the reasons one comes to Rome is for the food and there's nothing worse than finding yourself both lacking an appetite and unable to keep the little that you can eat down. No one comes to Rome to eat slices of white toast which is about all that the body can manage when it's struck by a stomach virus or infection. Fitzgerald famously said "in a real dark night of the soul, it's always 3 o'clock in the morning." But the quotation might be better applied to the intestines. The presence of the Vatican, by the way, is no bromide. You can pray all you like, but vomiting and diarrhea can take on a life of their own and this is one plague that might make even God throw his or her hands up in despair.