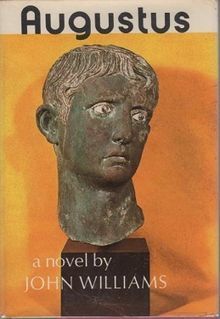 "All roads lead to Rome" is a famous saying and if you look it up it derives from the Milliarium Aureum a particular stone set up by Caesar Augustus in the vicinity of Temple of Saturn in the ancient Forum as point from which all highways would lead. For instance if you are in Rome today you can travel on the Via Aurelia Vecchia whose guardrails are old stone walls going back to the Empire. Ostensibly that road would have its provenance at the same point as every other road leading out of the old Roman Empire. Robert Moses might very well have approved and it's surprising he didn't come up with a similar idea since he was one of those souls whose grand vision of the universe generally was constructed with his own ideas at the center. Such big thinking creates its own nostalgia and one can admire the effectiveness of the Napoleonic Code until you read the fine points and realize that a suspect is guilty until proven innocent. But when you think about it Rome really set the stage for all the major civilizations which branded themselves with codes of uniformity, bridging the gap between many cultures. Isn't that for instance what the many countries and unions made up of sovereign states can be defined by? And isn't that what has been threatened by the recent (Brexit) revolt and other revolts against such attempts at cohesion. You think of the thousand years of Rome. Will the United States, for instance, make it until 2776?