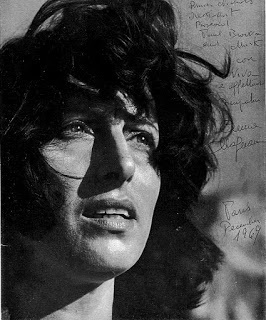 People often reference the lustiness or passion of Rome, to which a Northern city like Milan, which is referred to as cold, industrial, business like, is invidiously compared. But is passion an attribute of climate? Rome with its palm trees definitely exudes as certain tropicality, particularly during the summer when the oppressive temperatures are worsened from the body heat produced by the influx of tourists. But if we are, in fact, weighing our view of Rome towards its geography then we might conclude that Naples and cities in Sicily like Palermo or Siracuse would be all that more bastions of passion. If you read works of the Sicilian born playwright Luigi Pirandello like Six Characters in Search of an Author you might very well conclude that while Rome is a melting pot due to its cosmopolitan atmosphere, Southern Italy is the place where the pot runneth over. Reason and passion, north versus south were traits that the German writer Thomas Mann dealt with in exploring the personality clashes between regions of his own country and it's probably true that there're more blond Nordic types in Milan than in the south where dark hair and swarthy skin are more common. But the only way to really describe Rome and its particular temperament is to deal with the stage set which the average Roman inhabits. The visitor's first impression of Rome is that he's entered a newly opened branch of Disney World where new rides with names like Circo Massimo, Colosseo and Foro Romano all compete for our attention. Only this tropical paradise is not an amusement park and we are not in Orlando. So the lustiness of Rome has an almost primeval quality. When you go to an institution like Da Augusto in Trastevere in which patrons wait in line to eat their pollo a la Romana in a densely packed space you partake of a spectacle that feels like it's thousands of years old. Yes, Rome lives up to its soubriquet. It's really the eternal city and that's also where its passion resides. Look at the face of Anna Magnani, the star of the mythic Pasolini film, Mamma Roma and you begin to understand La Dolce Vita.