Accepting the pressure of being the heir apparent of a once reported $600 million empire is no easy task for the average 22-year-old college student. But for Romeo Miller, drawing a wealth of industry knowledge from his father Percy “Master P” Miller has catapulted the young entrepreneur to a steady entertainment career while still pursuing a bachelor’s degree from the University of Southern California.

We recently caught up with the multi-talented star, who opened up on his new role in Tyler Perry’s “Madea's Witness Protection” in addition revitalizing No Limit Records. And he gave his take on Justin Combs receiving a scholarship from UCLA.

How would you describe your character in “Madea's Witness Protection”?

I play this character in the film named Jake. This is actually one of my favorite characters to play so far because of the range in his character. He reminds me of Will Smith’s character from the “Fresh Prince of Bel Air,” where he’s able to make you laugh but at the same time he could make you think about some things and make you cry. And I think that people is really going to enjoy this movie overall because it’s a funny movie. But at the end of the day when you watch these Madea movies you learn a lesson, and you’ll definitely learn a lesson from my character.

How was your experience working alongside Tyler Perry for the first time?

My experience with him as a director was very cool and unique, because he works very differently from a lot of people. Kind of like how my dad did in the music industry. And he [Tyler Perry] kind of took that same formula and he’s doing it in the acting world.

We would literally go on set and Tyler would be like, “Look Rome, if you think of anything funny just let it out and I’m going to go with you. If we get this on the first take, we’re good. If we get this on the second take, that’s it. I’m not trying to do three takes.” So he was very up front and he knows what he wants and he knows when he gets it. So he doesn’t waste a lot of time.

In addition to your acting career, are you still trying to pursue a music career under the No Limit Records brand?

Yeah. We just did a crazy performance with 20,000 people out in St. Louis for their Summer Jam where I actually introduced all of the new acts on No Limit. My dad passed the company down to me, so we’re just want to continue what my dad started. I feel that I got some of the best artists that’s out there who are hungry. I wanted to get people who have been through the struggle, just like my dad. I want people who have been through the struggle but are willing to change their life and do better for themselves. So we’re going to put out a mixtape every month starting in July. So the No Limit Tank is definitely back in throttle.

Do you feel any pressure continuing the No Limit legacy?

There’s no pressure at all, because if there was anyone to do it, I feel that I’m the right person. Growing up in it, I seen everything that my dad did. Out of everyone in this world I’m the closest person to him, and I feel like we have a king and prince type of relationship. All of these years he’s been instilling all of this information into my brain to prepare me for a moment like right now. I’m only 22 years old; my dad didn’t start until he was 23, 24. And with all of this knowledge that I have already, I just feel like I’m better-prepared, and that’s what he wanted to do as a father.

As of right now, are you planning on doing any collaborations with former No Limit artists, such as Curren$y and Mystikal?

Yeah, definitely. I remembered growing up and the first time Curren$y came to my crib down in Texas, and he was there recording with us. And then with Mystikal, just going on stage seeing him with all the other No Limit Soldiers. We’ll definitely incorporate in bringing back some of the old Soldiers and mix it in with the new ones. We already got some surprises planned up our sleeve where you’ll see some throwback collaborations.

With your acting and music career progressing, where do you stand with USC?

I have one more year left with college. I took a little break to finish up this movie, but USC is actually working with me so I can finish up my last year and stay on track.

Are you still planning to play for the university’s basketball team?

I played basketball for fun, but what I realized with going to college is that they’re going to have a million kids go pro at something else other than sports. And the way that this world is going, we got to have people who are doctors, who are lawyers, entertainers, firefighters ... It’s like a human body, every cell does something differently. And I found out that my passion really was entertaining people, that’s what I make the biggest difference with. All of my best friends are in the NBA, so what I tell them is, “I’m going to live through y’all right now and be Michael Jordan and I’ll be the Will Smith of this thing over here.”

Diddy’s son Justin Combs recently made headlines receiving a scholarship to UCLA. What are your thoughts on whether or not he should give the scholarship back?

Yeah, I think that’s all bullcrap. When you look at it, at the end of the day, when adults and your parents are telling you to follow your dreams as a little kid, I don’t care if your parents have a $100 million or $5. When you’re raising a little kid, you tell that kid to go after their goals and their dreams. And you tell them to work as hard as anybody. So for me, I feel that it’s unfortunate people are criticizing him, because this kid worked his butt off to get to where he is. And that’s what I feel for any kid across the world. That’s like telling a newborn baby, “Oh this rich baby over here and this poor baby over here, throw the rich baby to the side, we don’t want him to be successful or [have] any talents.”

So it’s like, what does the world expect from these other great people? When these kids have famous celebrity parents, how do you think their parents got to where they are? From hard work and talent. If that kid has a certain talent, I think it’s wrong to say that they’re not worth anything because their parents are already successful. So my thing is, if you have the talent or a dream, you just have to go out and go after it regardless of your status. Money never made me. Money comes and goes -- that’s what people don’t realize. My dad always taught me if I have my education, anything is possible. And that’s what people are overshadowing. This kid is going to get his education as well. 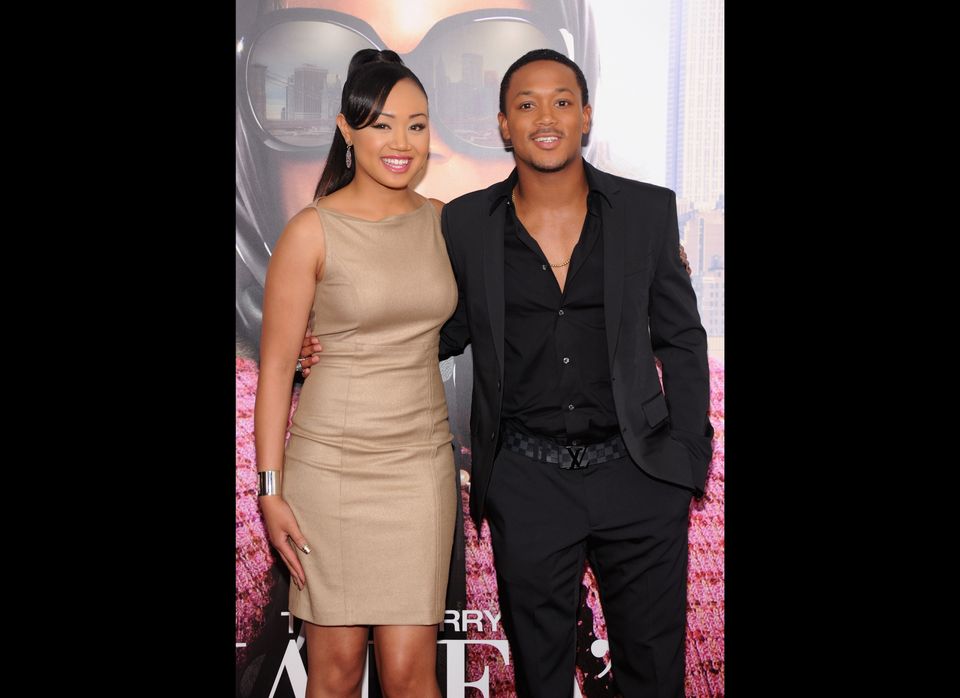