With the news this week that there’s been net job growth during President Obama’s term, Mitt Romney lost one of his favorite critiques of the presidential incumbent. Not to worry though, there’s always Obamacare to criticize, right?

Maybe not so much. Under Romney’s proposed health care plan, American families buying non-group health insurance would pay nearly double what they pay under Obamacare, according to a new study by Families USA entitled "ObamaCare versus RomneyCare versus RomneyCandidateCare." That includes both comparative insurance premium payments as well as out-of-pocket expenses.

The study finds that while RomneyCare in Massachusetts bears many similarities to Obamacare, neither are very similar to what Romney’s health care plan would look like if he were elected. Among measures identified in the study, RomneyCandidateCare would repeal Obamacare, turn Medicaid into a block grant and add an income tax deduction for purchasing health coverage. As a result, the study reports, not only would American families pay more for coverage, many fewer Americans would have health insurance at all. By 2016, 41.9 million more people would be uninsured under Romney than with Obamacare.

Likewise, Romney’s proposed federal cuts to Medicaid would result in many fewer children from poor families having access to health care, The Huffington Post’s Jeffrey Young reported in August.

Despite its apparent reduction in coverage for millions of Americans, Romney says his plan does provide an option for the uninsured: the emergency room.

“We pick them up in an ambulance, and take them to the hospital,” Romney said on 60 Minutes last week. 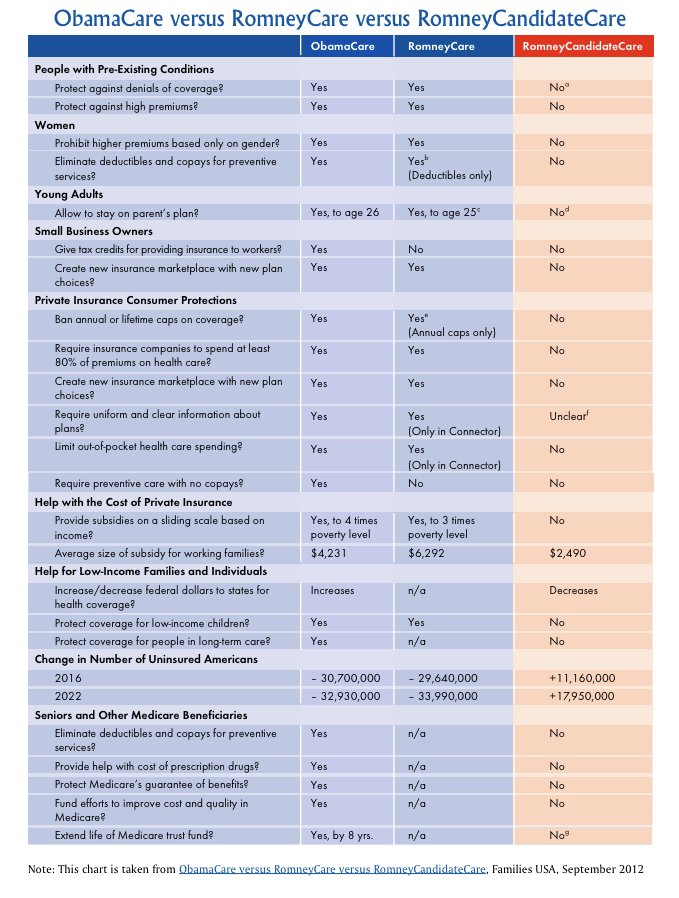