Gerson, 65, grew up in Arizona and left the Church of Jesus Christ of Latter-day Saints as a teenager. When she moved to Cambridge, Mass., she began getting aggressive visitors from the church, urging her to return. She wrote to church officials asking them to stop contacting her.

One Sunday in 1982, she recalled, Romney, then a young bishop, and an assistant showed up at her doorstep inviting her to her excommunication trial.

"I was dumbfounded," Gerson said. "I said to him, 'I have already quit -- you can't fire me.'" Gerson said she had never before met Romney, and he did not try to engage her in conversation or discover her story.

"There was no curiosity on his part about who I was and what this was about," Gerson said.

Typically, excommunication in the Mormon Church is rare and reserved for someone who fundamentally violates church tenets. Gerson, a Democrat, said her mother interceded with a church authority in Utah, and she does not know if the trial went forward.

The incident raises the question about Romney that has frequently come up in his campaign as the Republican candidate for president: Can Romney relate to the average person?

Those who interacted with him during his time as a church leader in Massachusetts give differing answers. Critics, often women, say Romney was insensitive, particularly on controversial issues like abortion and gay rights. Yet Romney's close advisers say he showed enormous compassion, particularly to teenagers and those in need.

"When you say how did he respond to issues of abortion or same sex marriage or any other thing, he handled that in a very compassionate and loving way," said Kenneth Hutchins, a retired Northborough police chief who took over as stake president after Romney.

Though Romney talks little about his faith on the campaign trail, he grew up in the Mormon Church and spent years as a top church leader in Massachusetts. From 1986 to 1994, he was president of the Boston stake, an entity similar to a Catholic diocese. Before that, Romney was bishop, similar to a lay pastor, of congregations in Belmont and Cambridge. Each job included both organizational work and counseling.

After leaving the stake president position, Romney taught Sunday school for a year, then oversaw the church's programs for teenagers for around two years. Romney continues to tithe -- giving 10 percent of his income to his church. In accordance with Mormon teachings, he does not drink alcohol, tea or coffee. He attends church services when he can. Romney's campaign did not respond to requests for comment on this story.

As a church leader, Romney ran the church with businesslike efficiency.

"He was very serious about doing an excellent job about things and he didn't suffer fools," said Helen Claire Sievers, executive director for the Harvard-affiliated WorldTeach, who was active in the church when Romney was stake president.

But it is in his ability to relate to church members, particularly in areas touched by Mormonism's strict ethical and moral code, that some find fault.

Carolyn Caci first spoke to Romney when he was a young bishop and she was a divorced mother of five in her 50s. Caci told Romney she was dating someone. "He went into his spiel about sex before marriage," Caci said. "I said you've got to be kidding me. That's none of your business."

Caci does not hold it against Romney -- she later heard that he regretted his words.

She was not the only woman upset by Romney. A 1994 article in the Boston Phoenix told the story of an anonymous woman (who has since been identified) who wrote an article in a feminist Mormon magazine claiming Romney, as bishop, discouraged her from having an abortion even though her health was at stake. Romney later said he could not remember the incident.

In the Phoenix story, Judy Dushku, a professor of government at Suffolk University, and church member Evelyn Harvill said they urged Romney to speak out about domestic abuse, but Romney brushed off their concerns. Harvill, who did not respond to an emailed request for comment, told the Phoenix that Romney was an "elitist" who "surrounds himself in church with rich, powerful white men."

Dushku said in an email that she found Romney "insensitive on many levels," but declined to comment further, citing numerous media requests.

Another area where Romney was criticized was his attitude toward homosexuality. In July 1994, during Romney's U.S. Senate campaign, The Boston Globe published a story saying that Romney, in a speech to a congregation of single Mormons, said he found homosexuality "perverse and reprehensible." The story cited one named and three unnamed sources.

Romney denied the comments. "I specifically said they should avoid homosexuality and they should avoid heterosexual relations outside of marriage," Romney told the Globe then. "I did not use the words perverse or perversion. I just said it was wrong. ... That is what my church believes."

Other church colleagues paint a different picture of Romney. Sievers said she convinced Romney to hold an evening for church women to talk about practices they felt could be changed.

For example, male church leaders typically went on monthly visits to speak at other congregations. The women suggested that female leaders could do the same.

"Mitt actually said yes, I don't see why not," Sievers recalled. "He was thoughtful about what's practice and doctrine, what do I have authority to change. ... I felt like Mitt cared more about the congregation than he did his potential career in the church."

Sievers' first interaction with Romney was when a member of the congregation owed her money. Romney helped her get the money back -- and offered to give her money himself.

"He spent an enormous amount of time talking to each of us that needed help," Sievers said.

Romney counseled self-sufficiency, a theme he brings up today on the campaign trail.

Advisers said Romney had a particular interest in the congregation's youth, and he was also concerned with making immigrants feel comfortable, helping establish branches of the church in urban, immigrant-filled areas.

Former parishioners say Romney organized efforts to help needy families. In one instance, documented in "The Real Romney," a book by Boston Globe reporters Michael Kranish and Scott Helman, two boys from the church were paralyzed in an accident. Romney visited the family on Christmas Eve and gave the boys a stereo system and VCR. He offered to pay for the boys' college tuitions, and continued to help the family for years.

Kranish and Helman reported that Romney was seen within the church as "warm, accessible, and a good listener." "The Real Romney" records numerous instances where Romney helped church members: cooking for sick parishioners, organizing a brigade of people to save a family's possessions from a house fire, knocking down a hornet's nest for a friend with a broken foot.

Hutchins said when Romney was confronted with parishioners' problems, Romney spent a "lot of prayer and introspection and pondering over those kinds of things. They weren't taken lightly or dealt with lightly."

(Shira Schoenberg writes for The Republican in Springfield, Mass.)

Romney As A Mormon Bishop: What Was He Like?
Famous Mormons 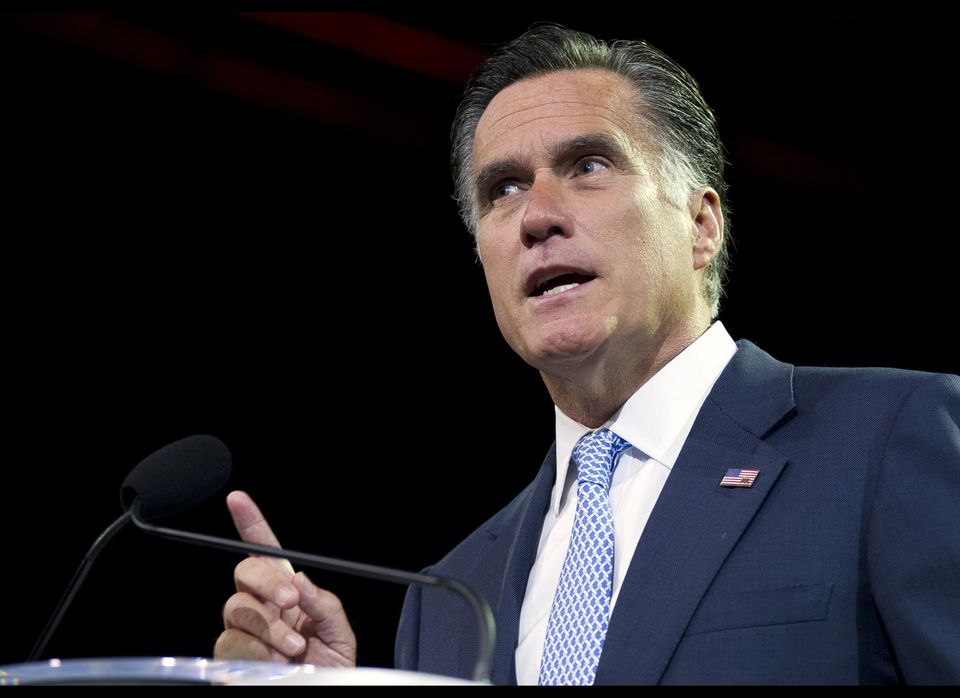