With the damage from Hurricane Sandy still being assessed and states struggling to restore basic services to millions of residents, a new ad from climate advocacy group Forecast the Facts urges Americans to "Tell Mitt Romney: Climate change isn't a joke."

The ad juxtaposes images of Sandy's destruction with a line from Governor Romney's acceptance speech at the 2012 Republican National Convention. In the speech, Romney took a jab at Obama's 2008 Democratic nomination acceptance speech, and the president's declared support for climate change action. Following his speech, Romney doubled down on his remarks, telling NBC's David Gregory, "I'm not in this race to slow the rise of the oceans or to heal the planet," during an interview on "Meet the Press."

Former President Bill Clinton has also criticized Romney's comments in the wake of Sandy, Politico reported. At a campaign rally in Minnesota on Tuesday, Clinton said, "He ridiculed the president -- ridiculed the president for his efforts to fight global warming in economically beneficial ways. He said ‘Oh, you’re going to turn back the seas.' In my part of America, we would like it if someone could’ve done that yesterday."

On Thursday, a man shouted "climate change caused Sandy" at a Romney campaign rally in Virginia before he was booed at and escorted away from the event.

While some have been hesitant to directly attribute the hurricane to climate change, scientists have warned that global warming as a result of human activity has loaded the "climate dice" in favor of more extreme weather. Rising sea levels from increased average global temperatures will also exacerbate already destructive storms in coming years.

Gary Yohe, a professor of economics and environmental studies at Wesleyan University in Connecticut, and a co-chair of the U.S. Global Change Research Program's National Climate Assessment, told HuffPost's Tom Zeller Jr., "What we have been experiencing recently is only the harbinger of a future that will be punctuated by more severe weather extremes and increasing damage, all driven by past and future emissions of heat-trapping gases."

Romney's apparent disdain for climate action comes after comments he made to a group at the Consol Energy Center in Pittsburgh, Pennsylvania in October 2011. The Republican presidential nominee said, "My view is that we don't know what's causing climate change on this planet. And the idea of spending trillions and trillions of dollars to try to reduce CO2 emissions is not the right course for us."

During his tenure as governor of Massachusetts, Romney introduced a Climate Protection Plan for his state. Romney wrote that the plan puts an "emphasis on actions, not discourse," and includes many "policies [that] will not be easy to implement." In 2003, he stood in front of a coal-fired power plant in Salem, Massachusetts and declared, "I will not create jobs or hold jobs that kill people. And that plant kills people."

Watch the video from Forecast the Facts and ClimateSilence.org above. 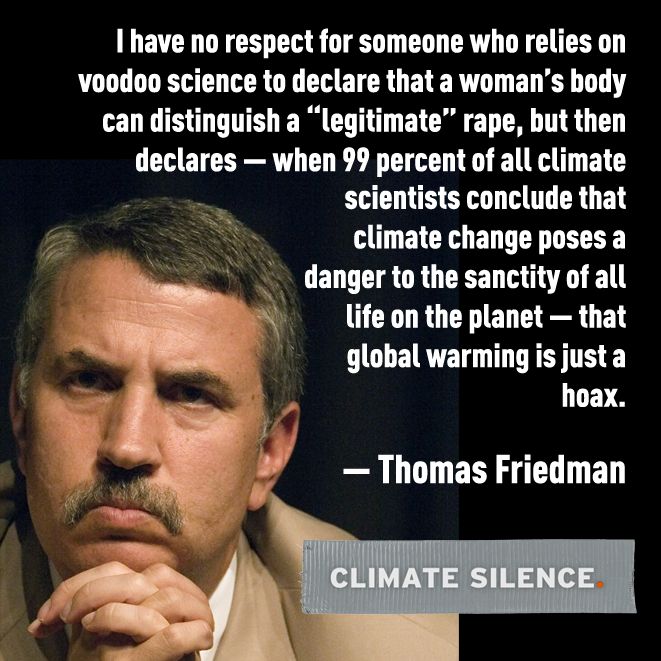