If former Massachusetts governor Mitt Romney proves to be the 2012 Republican presidential candidate, one element of his potential candidacy might prove a relief of at least one issue the Obama re-election campaign may find itself having to dispose of again. Religion. 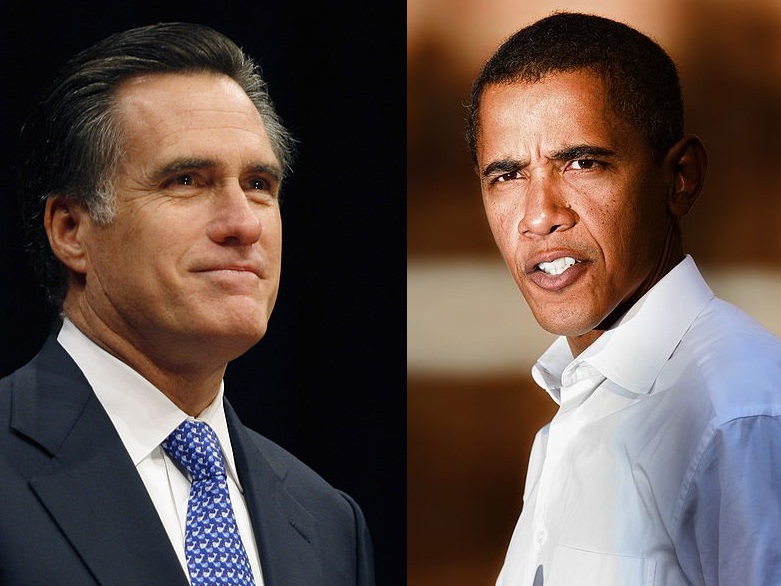 As a Mormon, Mitt Romney has been the victim of religious bigotry while the President has been falsely identified as a secret Muslim as a form of political attack.

For over two centuries now, distraction from the issues, dirty tricks and despicable tactics have marked presidential primary elections and then the general election. The factor which could very well undermine one of this year's potential sideshows is that falsehood about one candidate's true faith and fraudulent beliefs about the other's religious beliefs may cancel one another out. It's sort of like the old Eugene Field poem about the calico cat and the gingham dog which ate each other up and left no trace of one another.

Those who adhere to the belief that Romney's Mormon faith is a "cult," rather than a genuine branch of Christianity and could thus never vote for him are also the same demographic which insists on believing the nonfactual claim that President Barack Obama is a secret Muslim. The unique dilemma may actually force many people to vote for a presidential candidate based on their view of the issues rather than their religion, pets or astrological sign.

It is often an irrelevant grain of a fact that is extrapolated to its wildest possible interpretation which has served as the basis for a religiously bigoted political smear. Mitt Romney, his father and grandfather all lived within the tenets of their Mormon faith each with one wife, the faith's practice of polygamy having been banned some three or four generations before the candidate. While it is true that the President's paternal ancestors had migrated to Kenya as followers of Islam, drawing that sort of direct religious link to him would mean that Clinton, the Bushes, even George Washington could be similarly called non-Christian pagans like their ancient British Isles ancestors.

Bigotry against Mormons and Muslims, however, are only the latest examples of presidential campaign attacks on candidates for their individual forms of religious practice - or faiths they were falsely attributed to them. From Jefferson to Taft, FDR, Truman, Eisenhower, Hoover, and Kennedy, Deism and Unitarianism, antisemitism and anti-Catholicism, even anti-Quakerism, the question of a potential president's faith has always carried political consequence. 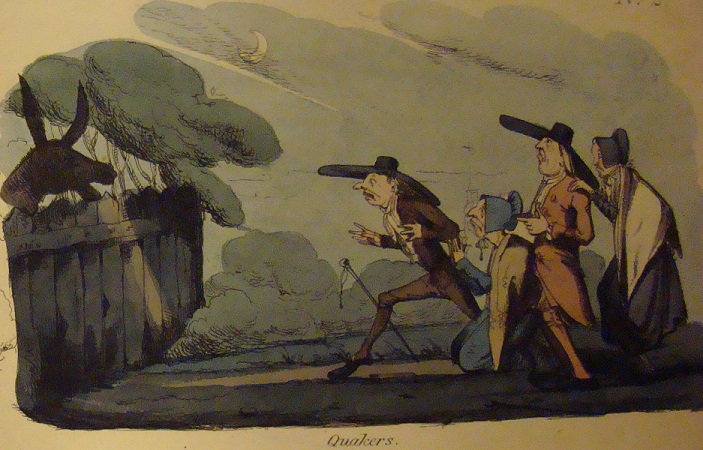 Ridiculed in this 18th century cartoon, Quakers were once feared as potential political leaders for their advocacy of gender equality, reverence for all forms of life and pacifism against engaging the nation in war. 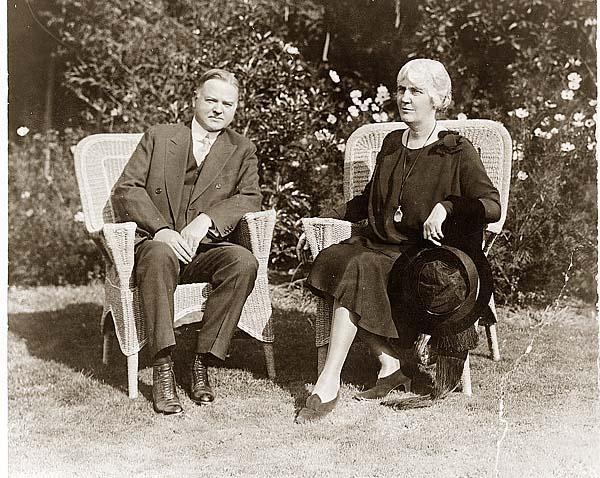 The 1928 Republican Presidential candidate Herbert Hoover and his wife Lou were Quakers.

Although the presidential election process was entirely different in 1800, there being less of a party infrastructure than simply a candidate's declaration of his partisanship, attacks on individual candidates based on allegations about their true faith were already part of the landscape. That year, Federalists labeled anti-Federalist Thomas Jefferson as an "infidel," and warned that if he were elected president, he would order that all Bibles be removed from not only public book collection like those in courthouses and educational institutions funded by taxpayer monies, but would go further to systemically have them taken from private homes. Elderly people were especially warned to hide their Bibles in tree stumps if he were elected.

To see more photographs and read the rest of this article, go to:
http://carlanthonyonline.com/2012/01/03/romneys-mormonism-might-mitigate-muslim-myth-about-obama/