The father-daughter duo are teaming up with Canon for Project Imagin8ion, a short film based on photographs chosen from a pool of 96,362 national submissions; Ron, as producer, chose the eight winning photos from pre-selected finalists, and then handed them off to Dane Charbeneau and Bryce Dallas, who are now working together, as writer and director, to string together the disparate images into a coherent, compelling narrative.

The winners, Ron told The Huffington Post in a recent interview, were not easy to choose. (See them below, and continue below the photos for the rest of the article.

"I was dazzled by every photograph that I laid my eyes on and they're just, you know, incredibly varied, they're beautiful, they're thought provoking, and they're artful," he said. "I'm glad I didn't have to sift through 96,362; for that reason, it was a challenge, but really, it's the kind of challenge that the exercise is supposed to be presenting to the filmmaker."

Amongst the photos, which can be seen below, are a number of striking images, including an abandoned cockpit overrun by vegetation, richly hued and textured to the point that it could be mistaken for a painting; an woman in flight, staring at the moon; ghost-like children frolicking with a lantern in an abandoned field; and a mourning couple in a hospital.

They are, to say the least, disparate in settings, and insist on a certain finesse in storyline, which was, at least in part, Ron's intention.

"My goal was going to be to choose not the easiest picture to link, but the picture that was most stirring to me on some intuitive level, and that I thought could be built together into a story," he said. "I tried not to give us as storytellers any impossible misdirections or barriers, but by the same token, really take into account the artistry of the photographs."

It's a compelling tightrope to walk, trying to include in the film's shots the specific spirit of each photo while working to pull them down to a single storyline. Bryce told The Huffington Post that the question of strict adherence vs. broader inspiration will be a kind of case by case situation.

"I think it's going to be a wide range of things. I think the aesthetics of these photos are absolutely un-ignorible, so it's hard to not be inspired by the aesthetics, and to ignore the power of the aesthetics of the image I think would be a huge creative misstep," she said. "But then again, it's about having these images all exist within the same story, and there is the constraint that it is a short film and these are eight photos and we need things to all seamlessly come together, so like I said, there will be a wide range of how we are inspired by each particular image."

When it came to choosing the photographs, Ron had that balance in mind; as a longtime storyteller, he imagined what wild possibilities entrants could offer, and while not constructing a story in his head, he took into consideration the impact each photograph could have once the scriptwriting process began.

"I remember the cockpit [photo], as I was choosing it, I thought, 'wow, this is an unexpected place for there to be a turning point, how might that work,' and lo and behold, I took a chance and I went for it, and by that evening, the cockpit was playing a really significant role in our story and we'd never, ever would have thought of that as a jumping off place," he explained.

Bryce, incredibly impressed with the photos, joked that she wanted to buy a whole bunch of them, but when it comes to writing the story, she said she only wants to take them as isolated images, not learn more about their creators - at least for now.

"The idea is that it is a collaboration and that these photos are the basis of a story that we invent," she commented. "So I think if we knew more of the history behind the photographs, or even the photographers themselves, it would have been harder to view these photos objectively and put them in context together."

That being said, the photos themselves offer enough of a mystery for a world of possibilities, with a certain theme in mind.

"Yearning I think is kind of the word that I would use," Ron pinpointed in describing the tone of the photographs. "We found in many of the winning photos, or all of the finalists, there was kind of an air of mystery which was very useful for us because it a. it stimulates the story and b. it allows us as the storytellers to sort of answer the question of the mystery." 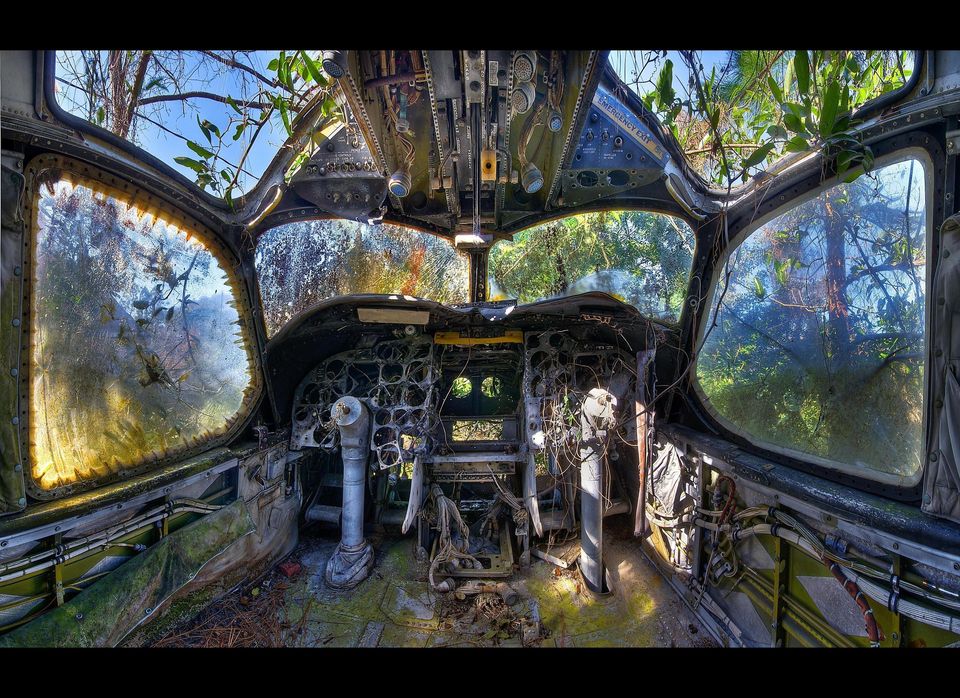