The 59-year-old adult film actor and director was in critical condition after undergoing two surgeries last month, but he's now recovering and wants fans to know he's all right.

On Feb. 6, the actor, who has performed in more than 2,000 adult films, posted a photo of himself with one of his nurses, giving the thumps up:

"Thank you ALL for the concern & well wishes, I'm doing very well thanks to modern technology!" - Ron http://t.co/fZXy0Eg3 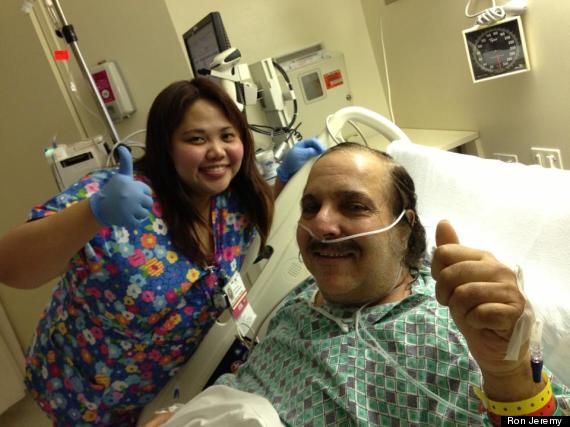