The time bomb that was Ferguson, Missouri, was defused Thursday thanks to the presence and leadership of Capt. Ron Johnson of the State Highway Patrol.

On Thursday, amid unrest over the fatal shooting of unarmed teenager Mike Brown, Gov. Jay Nixon announced the St. Louis County Police Department would be relieved from duty. Control was turned over to the Missouri State Highway Patrol with Johnson at the helm. The move came after the department's extreme tactics made headlines across the nation, with reports detailing unjust arrests as well as demonstrators being injured by rubber bullets, tear gas and pepper spray.

When Johnson took over, the mood in Ferguson changed.

He told troopers to remove their gas masks. Then he marched alongside protestors, holding their hands and listening to their stories.

“I’m not afraid to be in this crowd,” he said while walking with the marchers gathered in the St. Louis suburb, per The Washington Post.

“When I see a young lady cry because of fear of this uniform, that’s a problem," he also said. "We’ve got to solve that.”

Capt. Ron Johnson of the Missouri Highway Patrol walks along with the Ferguson march. Compare this to Wednesday. pic.twitter.com/Vtezu4MuHk

Capt Ron Johnson: "I told the guys to take their gas masks off" #Ferguson pic.twitter.com/tPSdEZsziq

Capt. Ron Johnson just walked the length of the protest meeting with both jeers and handshakes here in #ferguson. pic.twitter.com/MlnE26ftDk

St. Louis Police Chief Sam Dotson taking a selfie with a protestor. This is a CHANGED atmosphere. #Ferguson pic.twitter.com/Jm51iZXdvz

Police presence yesterday in Ferguson versus today in Ferguson. (Photo at left by @AP; at right @mattdpearce.) pic.twitter.com/xsbD3tiKYu

Cpt. Johnson WALKED in the march. "We're all in this together...we're not in this for fear, to intimidate." pic.twitter.com/cAaCViwBB1

Here is your new police leader, MHP Capt. Johnson, who was hugging and shaking hands with protesters as they passed. pic.twitter.com/PyaDkLleI9

Johnson, a native of the area and an African-American, is the commander of the Missouri Highway Patrol's Troop C, which is located in a large district that includes the city of Ferguson.

He told protestors Thursday evening that the issues facing the city have hit close to home for him. "I've got a son that deals with the same thing," Johnson said. 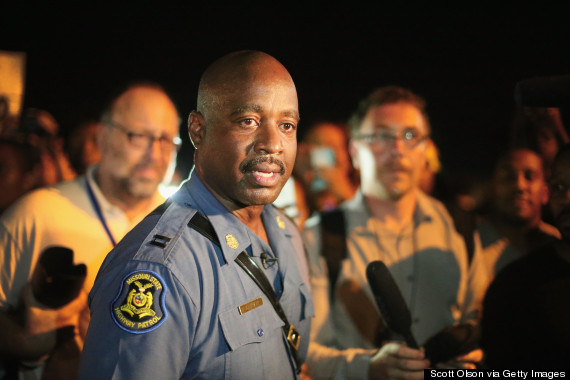 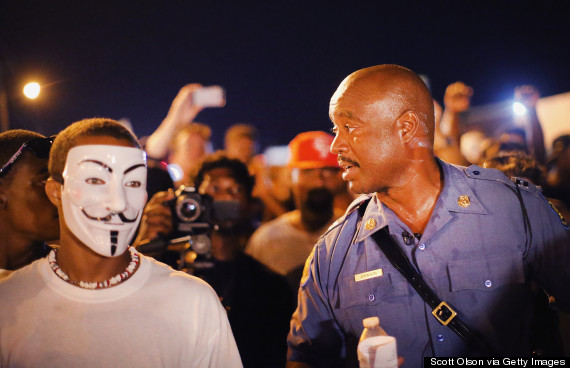 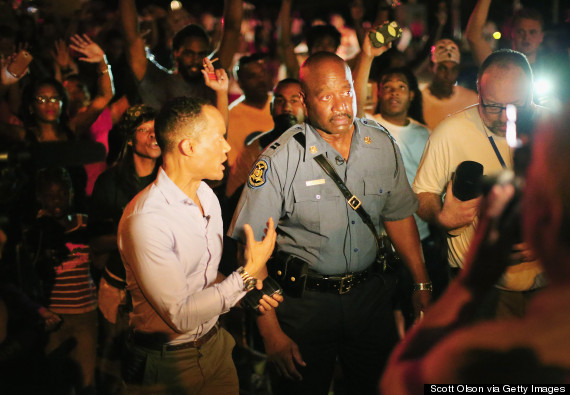 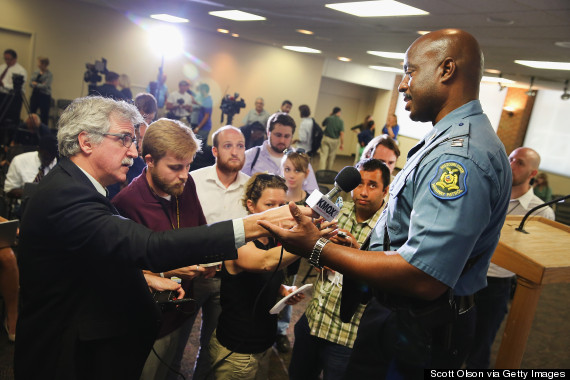