Rousey told host Ricky Camilleri that trans athletes should be evaluated on a "case-by-case basis," because according to the extensive research she's done, medical technology "isn't quite" developed to be able to reverse puberty development, like bone structure, after someone transitions.

"From what I've read, it seems like if you've already gone through puberty as a man, even if you really want to rid yourself of those physical advantages, I just don't think science is there yet," she said. The athlete also commented that it would be "totally fair" to fight a trans person who started transitioning before puberty.

Many medical professionals have debunked comments similar to Rousey's for not being based in science, including Dr. Pat Griffin and Helen J. Carroll who, in a 2010 study titled "On the Team: Equal Opportunity For Transgender Student Athletes," wrote:

But, ultimately, Rousey would never turn down a fight. She explained:

If they said that, 'We really want you to fight this chick,' I will. I wouldn't, like, refuse and protest. But yeah, I think every single woman should be evaluated case-by-case basis by whatever athletic commission they are applying for a license in and they should bring in medical experts to give their opinion and the commissioner should make their decision. 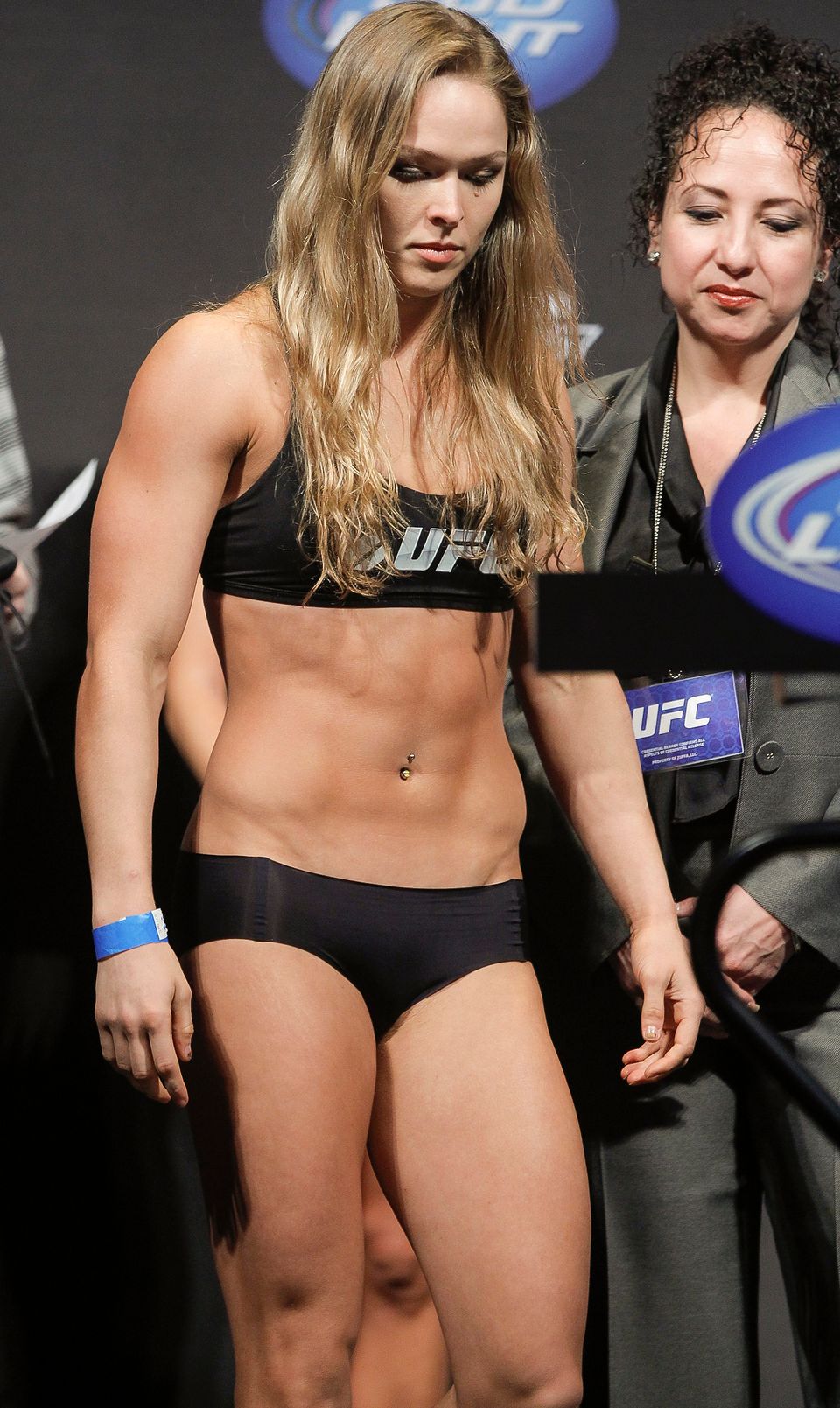 1 / 157
Ronda Rousey
Mixed martial arts fighter UFC bantamweight champion, Ronda Rousey is seen during a weight in at the Honda Center in Anaheim, Calif., Friday, Feb. 22, 2013. Rousey will face off Liz Carmouche in the main event at UFC 157 at the Honda Center on Saturday Feb. 23, in the first women's bout in the UFC promotion's history.(AP Photo/Damian Dovarganes)
AP