Dropping costs and increasing consumer demand are expanding the market for renewable energy. Policy is shaping it. 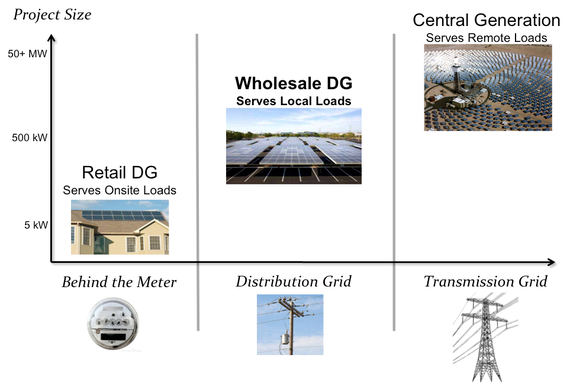 Globally, the most effective market-based policy to bring cost-effective renewable energy online focuses on wholesale distributed generation. In the U.S., well-known federal tax credits, like the Investment Tax Credit (ITC), apply across these market segments. Most of our energy policies, however, focus either on retail distributed generation or central generation.

Retail DG refers to small renewable projects installed by utility customers to reduce the amount of power they purchase from the utility. Residential rooftop solar is the best example of this market segment.

To promote the growth of retail DG, 43 states and the District of Columbia have instituted net metering policies. Net metering applies to energy systems that connect "behind the meter" and serve on-site electrical demand. Under this policy, a system owner's meter spins backwards if more energy is produced than is being used on-site, providing a credit against electricity consumed. Therefore, the system owner only pays for their 'net' energy use. 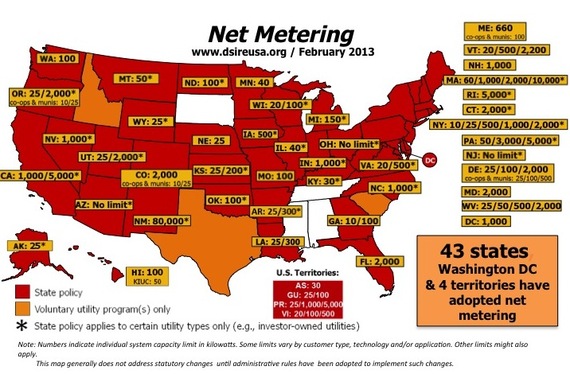 Net metering has proven an effective policy for deploying retail DG projects across the country. In fact, 99 out of 100 solar systems installed in 2012 were net metered, and these systems comprised nearly 50% of total installed solar capacity. Net metering policy works best for residential installations as it avoids tax complications for system owners and credits customers at full retail rates, which are generally higher than wholesale rates.

The success of net metering has not been without controversy. Over the past year, debates over this policy raged around the country as more and more utility customers have installed retail DG systems. Utilities, worried by an eroding customer base, are arguing that net metering allows customers with renewable systems to avoid paying their fair share for use of the grid. Under this logic, the costs for building, operating, and maintaining the power grid are shifted onto non-net metered customers. Contrary to this 'cost-shifting' argument, numerous independent studies have shown that the value of distributed generation outweighs the costs -- generating net benefits for all energy consumers including those without net metered systems. Nonetheless, Arizona energy regulators recently instituted a small monthly fee for solar owners as part of a deal to preserve net metering. This ruling may set a precedent as other states determine the future of their net metering policies.

Outside of the U.S., net metering has been successful in Denmark and the Netherlands. Yet, net metered projects are responsible for only 2% of installed solar capacity worldwide.

On the opposite end of the spectrum from retail DG is central generation. This market segment includes facilities like Alta Wind Energy Center -- a huge wind farm located in Kern County, California. These types of projects generate up to hundreds of megawatts (MW), or in the case of Alta Wind, more than a 1,000 MW. Like net metering, current polices support the development of this segment. 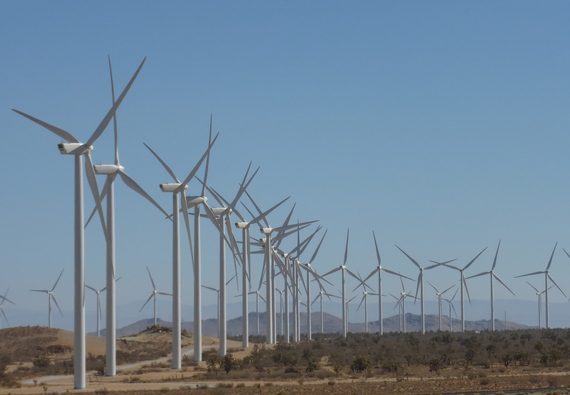 Central generation projects were responsible for more than 46% of all new U.S. solar capacity in 2012, as well as the majority of wind capacity installed nationwide.

Nestled between central generation and retail DG is wholesale DG. This market segment refers to distributed generation projects that connect to the local distribution grid and sell the electricity they produce to the local utility. The energy produced from wholesale DG projects serves local energy demand, rather than on-site load like retail DG. 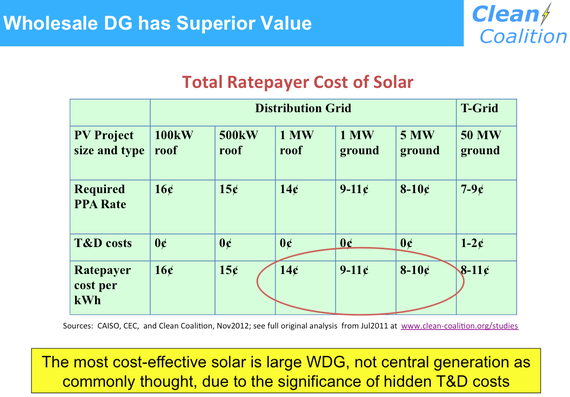 Once the costs of transmission and distribution (T&D) are factored in, wholesale DG solar is the most cost-effective.

CLEAN Programs, which are feed-in tariffs with streamlined interconnection procedures, are the world's most effective policy for bringing wholesale DG online. This policy enables anyone -- individuals, farmers, small business, community organizations, etc. -- to participate in energy generation by making it easier to build renewable projects, connect to the grid, and sell all the energy produced to the local utility.

Wholesale DG dominates the global market. More than 70% of worldwide solar PV installed capacity is wholesale DG. Despite global success, this segment has been largely overlooked in the United States. Less than 7% of all new solar capacity installed in the U.S. last year was wholesale DG. It's a similar story for wind power.

Over the past few years, the U.S. has seen tremendous growth of renewable energy capacity -- mostly from retail DG and central generation projects. While policies must continue to support this development, new policies are needed to open the wholesale DG market.

Forward-thinking utilities, recognizing that local renewable generation is a smart economic investment, are voluntarily opening the wholesale DG market segment. Over the past year, utilities in California, Colorado, Georgia and New York have created hundreds of megawatts of wholesale DG market opportunity.

Sacramento's municipal utility brought 100 MW of local solar online -- enough to power over 21,000 homes -- at no additional cost to its customers. Now, Los Angeles' utility is also embracing local solar through its 100 MW CLEAN LA Solar Program. Across the country, Georgia Power will bring at least 190 MW of local solar online, while Long Island Power Authority is guiding the development of wholesale DG solar projects to critical points on its grid. By utilizing wholesale DG (rather than new centralized generation and transmission) to meet rising demand for electricity, the New York utility will save its customers nearly $84 million by 2020. Utilities elsewhere should follow suit.

As renewables continue to meet an increasing share of the nation's electrical demands, the right policies will ensure a quick, cost-effective transformation on our power system.

Executive Director of the Clean Coalition